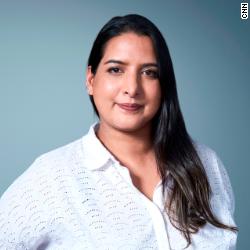 The alleged mastermind of a multibillion dollar corruption scandal that rocked Malaysia has struck a $700 million deal with the US government to end a legal case against him.

The settlement of the civil forfeiture case against assets acquired by financier Jho Low and his family using funds allegedly misappropriated from Malaysia’s 1MDB fund was announced by the US Department of Justice on Wednesday.

The agreement, which covers assets located in the US, UK and Switzerland, represents the biggest ever civil forfeiture by the department, and the largest recovery to date under the Kleptocracy Asset Recovery Initiative.

The DOJ previously claimed that $4.5 billion was stolen from 1MDB by senior officials – including Low – and pumped into New York condos, hotels, yachts and a jet, and used to fund movies such as Leonardo DiCaprio vehicle “The Wolf of Wall Street,” as well as expensive gifts for Low’s friends, including heiress Paris Hilton.

PHOTO: SONNY TUMBELAKA/AFP/AFP/Getty Images
The Cayman Island-registered vessel Equanimity, which is reportedly worth some 250 million USD, sits in waters off Tanjung Benoa on the Indonesia's resort island of Bali on April 4, 2018.

The scandal helped bring down former Malaysian Prime Minister Najib Razak, who was also hit with dozens of corruption-related charges in the case. His trial in Malaysia is ongoing, and he has pleaded not guilty.

Low has been identified by some as the alleged mastermind of the embezzlement, a charge he has strongly denied.

In a statement via his lawyers on the DOJ settlement this week, Low said the deal “fully and forever resolves in their entirety each of the US government’s civil, criminal, and administrative actions or proceedings relating to the defendant assets at issue in the Central District of California.”

“Importantly, the agreement does not constitute an admission of guilt, liability or any form of wrongdoing by me or the asset owners,” Low added.

Commenting on the case, assistant US attorney general Brian Benczkowski said: “Jho Low and others, including officials in Malaysia and the United Arab Emirates, engaged in a brazen multi-year conspiracy to launder money embezzled or otherwise misappropriated from 1MDB, and he used those funds, among other things, to engage in extravagant spending sprees, acquiring one-of-kind artwork and luxury real estate, gambling freely at casinos, and propping up his lavish lifestyle.”

According to the Department of Justice civil forfeiture complaints, “from 2009 through 2015, more than $4.5 billion in funds belonging to 1MDB were allegedly misappropriated by high-level officials of 1MDB and their associates, including Low, through a criminal conspiracy involving international money laundering and bribery.”

Other legal cases related to the fund are still ongoing in the US, Malaysia and other jurisdictions.