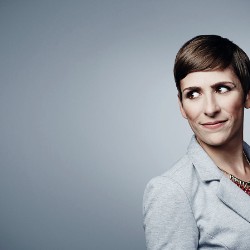 By Jamie Gumbrecht, CNN
Updated 12:36 AM EDT, Wed October 30, 2019
talc ovarian cancer cases orig mg_00000904.jpg
Now playing
03:26
Is baby powder dangerous?​
PHOTO: CNN
Now playing
02:13
Why losing weight might protect you from Covid-19
PHOTO: DENIS CHARLET/AFP/AFP/Getty Images
A selection of fruit ready to eat are displayed at a fruit and vegetable shop on April 12, 2016 in Lille, northern France. / AFP / DENIS CHARLET (Photo credit should read DENIS CHARLET/AFP/Getty Images)
Now playing
01:27
New diet can save lives and the planet, study says
PHOTO: CNN
this is your brain on pain health orig_00001025.jpg
Now playing
01:39
This is your brain on pain
Now playing
01:42
Here's why you can't stop eating pizza, ice cream and chocolate chip cookies
Now playing
01:10
Trouble sleeping? This may be why
PHOTO: CNN
Now playing
02:40
The reality of wine's health benefits
PHOTO: shutterstock
Now playing
01:49
These foods aren't as healthy as you think
PHOTO: Shutterstock
Americans are still too fat according to a new study from JAMA. Two in three of Americans are registering as overweight or obese.
Now playing
01:15
What is obesity?
PHOTO: CNN
Now playing
01:17
Why your BMI matters
PHOTO: Bruno Vincent/Getty Images Europe/Getty Images
LONDON - MAY 16: In this photo illustration a cigarette is seen burning on May 16, 2007 in London. Businesses and shops are gearing up for the introduction of the smoking ban on July 1 in England after similar bans have been introduced in Ireland, Scotland and Wales. (Photo Illustration by Bruno Vincent/Getty Images)
Now playing
01:07
What tobacco does to your health (2017)
PHOTO: Photo Illustration/Thinkstock
Now playing
01:12
World blood pressure rises (2016)
PHOTO: Getty Images/File
Woman pointing to area on mammogram x-ray, close-up
Now playing
01:19
Breast cancer: Know the facts
PHOTO: JEFF PACHOUD/AFP/AFP/Getty Images
A surgeon sitting in front of screens of a Focal One device performs a robot-assisted prostate tumorectomy using ultrasound imaging on April 10, 2014 at the Edouard Herriot hospital in Lyon, center France. Focal One is the first robotic HIFU (high intensity focused ultrasound) device dedicated to the focal approach for prostate cancer therapy. According to EDAP TMS SA, a leader in therapeutic ultrasound, it combines the three essential components to efficiently perform a focal treatment: state-of-the-art imaging to localized tumors with the use of magnetic resonance imaging (MRI) combined with real-time ultrasound, utmost precision of robotic HIFU treatment focused only on identified targeted cancer areas, and immediate feedback on treatment efficacy utilizing Contrast-Enhanced Ultrasound Imaging. AFP PHOTO / JEFF PACHOUD (Photo credit should read JEFF PACHOUD/AFP/Getty Images)
Now playing
01:21
What is prostate cancer?
PHOTO: Argosy
Now playing
00:53
What is Parkinson's disease?
Now playing
01:38
How Alzheimer's destroys the brain
(CNN) —

Johnson & Johnson Consumer Inc. said Tuesday it didn’t find asbestos in the bottle of Johnson’s Baby Powder that was previously tested by the US Food and Drug Administration and found to be contaminated.

Earlier this month, the company recalled one lot of baby powder – about 33,000 bottles – produced and shipped in the United States last year. The recall came in response to an FDA test that found low levels of chrysotile asbestos contamination in samples from a bottle purchased online, according to the company.

The company advised people with a bottle of Johnson’s Baby Powder from lot #22318RB to discontinue using the product and contact the company for a refund. It also noted the levels found were not greater than 0.00002% and said that it could not confirm whether cross-contamination had caused a false positive test result.

PHOTO: Justin Sullivan/Getty Images
SAN FRANCISCO, CA - JULY 13: In this photo illustration, a container of Johnson's baby powder made by Johnson and Johnson sits on a table on July 13, 2018 in San Francisco, California. A Missouri jury has ordered pharmaceutical company Johnson and Johnson to pay $4.69 billion in damages to 22 women who claim that they got ovarian cancer from Johnson's baby powder. (Photo by Justin Sullivan/Getty Images)

Johnson & Johnson said Tuesday that 15 new tests of the same bottle of baby powder that had been tested by the FDA found no asbestos. An additional 48 new lab tests of samples from the recalled lot of Johnson’s baby powder also did not contain asbestos, the company said. The tests were performed by two third-party labs as part of the company’s testing and investigation.

“The Company has a rigorous testing standard in place to ensure its cosmetic talc is safe. Thousands of tests over the past 40 years, including FDA’s own testing as recently as last month, repeatedly confirm that Johnson’s Baby Powder does not contain asbestos,” Johnson & Johnson’s statement said.

The FDA also said it stands by its findings, adding that different testing methods may add “additional variability to the findings.”

“Sampling of talc-containing cosmetics is done on a small amount of product, 100 nanograms, which is a small proportion of a larger sample, in this case a 623 gram bottle,” the agency said in a statement.

“Given the powdered nature of the product, we expect non-uniformity in the distribution of any contaminant fibers in the product. As a result, different samples may provide different results. Out of our three aliquots (meaning a portion of the sample) of the same J&J product, one was negative and two were positive,” the agency said.

The FDA previously said it was not aware of any adverse events related to exposure to the affected products.

“FDA handling of the sample and testing followed standard operating procedures for laboratory analysis and FDA sees no indication of cross-contamination,” FDA spokeswoman Lyndsay Meyer wrote in an email to CNN earlier this month.

Talc is an ingredient used in many cosmetic products, such as baby powder and blush. The FDA has been conducting ongoing research into the potential contamination of talc with asbestos.

In a statement earlier this month, Acting FDA Commissioner Dr. Ned Sharpless said the agency continues to test products that contain talc for the presence of asbestos.