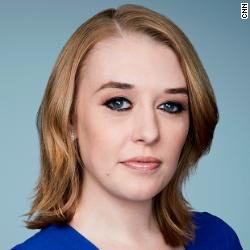 One year after the Pittsburgh synagogue shooting claimed 11 lives, and nearly three months after President Donald Trump promised decisive action regarding mass shootings, the White House has allowed gun reform talks on Capitol Hill to stall – failing to follow through on any of the proposals Trump has floated.

As White House officials scramble to deflect scrutiny of the President’s Ukraine scandal amid an intensifying impeachment inquiry, the administration has managed to evade scrutiny in at least this one area.

Although Trump promised to take action on guns in the wake of August’s mass shootings in Texas and Ohio, no policies have materialized from the executive branch or from Capitol Hill. White House aides and lawmakers alike have focused almost solely on impeachment since House Speaker Nancy Pelosi in September announced her support for a formal impeachment inquiry, and whatever motivation Trump’s team had for working with Democrats on a gun reform package appears, at the moment, to have dissolved.

A perhaps unintended consequence of Democrats’ impeachment push over the past month has been to relieve pressure on the White House to back a gun control bill – a push that was building to serious levels before the Ukraine controversy eclipsed the agendas of both parties.

But the stall in gun talks this fall is only the latest instance of Trump and administration officials flirting with the idea of gun reform, only to allow the issue to fade away after the shock of whatever shooting spurred the flirtation in the first place has worn off.

After the Feb. 14, 2018, rampage at a Parkland, Florida, high school, Trump suggested he was open to changing gun laws, even saying of the National Rifle Association: “We have to fight them every once in a while.” Within weeks, however, Trump returned to his usual rhetoric about the Second Amendment and gun control advocates.

When a gunman in Las Vegas murdered 58 people and injured hundreds more by spraying bullets on a concert in October 2017, the administration promised to take action to prevent such a tragedy from occurring again. It took the administration more than a year to ban the device the shooter used to transform his gun into a mass killing machine, a bump stock, despite overwhelming public support and Republican backing for such a ban.

PHOTO: Mallory Simon/CNN
Joe Charny, right, participates in the morning service ahead of the anniversary of the massacre at the Tree of Life synagogue.

Related Article One year after Pittsburgh, too little has changed

Acting White House chief of staff Mick Mulvaney discussed the topic of guns last weekend during a meeting with GOP lawmakers at Camp David, a White House official said. But other Republican congressional sources told CNN the prospects for a deal on gun control have all but disappeared now that impeachment has consumed the oxygen on Capitol Hill and relations between congressional Republicans and Democrats have plummeted to new lows.

Pelosi announced her support for a formal impeachment inquiry on Sept. 24 after informing Trump on the phone of her decision to proceed with something her progressive members had been demanding for months. The following day, Trump lamented during a meeting with the Ukrainian president in New York that he had phoned Pelosi about gun reform and found she wanted to discuss impeachment instead.

“I spoke to her about guns yesterday. She didn’t even know what I was talking about. She’s not interested in guns,” Trump said at the United Nations General Assembly meeting on Sept. 25.

CNN has reported that prior to the explosion of House Democrats’ impeachment probe, Trump was considering a menu of options on gun reform that ranged from boosting background check databases to increasing the penalty for people who provide false information about themselves during a gun purchase. Conservative allies and members of the President’s staff, however, had spent weeks convincing Trump that pursuing a universal background check proposal could hurt him with his own supporters, and they had shown him polling that reflected a suspicion of stricter background check measures among his base.

Many White House officials and Republicans had little interest in pursuing gun reforms even after back-to-back shootings in Texas and Ohio in August, and Trump publicly backed away from the idea of universal background checks just a few weeks into negotiations over a solution. The political pressure on Trump and GOP lawmakers to pass something that would address mass shooting was enough, in August and early September, to persuade even reluctant Republicans that they were going to have to back the reform measure to which the President gave his imprimatur.

While a sweeping legislative package was looking increasingly unlikely as lawmakers returned from their August recess, the prospect of a small change to gun laws or an executive action on mental health was still widely considered viable.

But many Republicans have since shifted from considering legislative reforms on things like guns to trying simply to stave off possible disasters, such as a potential government shutdown in November and the likely impeachment of Trump by the House later this year. Lawmakers in Congress had been waiting for Trump’s guidance on guns, and when the topic fell out of headlines, the President no longer faced a push to issue any.