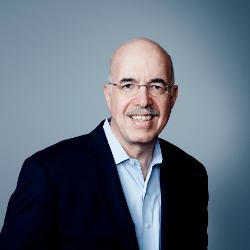 Editor’s Note: Sign up to get our new weekly column as a newsletter. We’re looking back at the strongest, smartest opinion takes of the week from CNN and other outlets.

He referred to his potential impeachment by the House as a “lynching.”

He compared himself to George Washington and branded the emoluments clause of the Constitution “phony.” Critics said Trump was wrong on each of these claims.

Quin Hillyer, a GOP “Never Trumper” who ordinarily writes for the Washington Examiner, called on Trump to restrain himself. In a CNN Opinion piece, Hillyer addressed the President: “You hurl insults almost indiscriminately, attack when you could be welcoming new allies, divide even when there’s no need to conquer … What’s painful is not that you said it about us, but that any president besmirched the office we revere as the symbol of a great and good nation, by saying any such thing about fellow Americans merely for exercising their rights as citizens. It grieves us to see the presidency abased.”

Emory University historian Jason Morgan Ward shed light on Trump’s “lynching” claim: “One hundred years ago this September, a white mob in Omaha, Nebraska, set the local county courthouse ablaze to force authorities to turn over a black man named Will Brown. The vigilantes strung the prisoner from a telephone pole, riddled his body with hundreds of bullets, and dragged his corpse behind an automobile for several blocks. After dousing Brown’s corpse in lantern oil, the mob set him on fire.

“Will Brown was a lynching victim. President Trump is not.”

As for the George Washington comparison, historian Jeremi Suri argued it was wildly off base.

Trump suggested that America’s first President was running a business while president. “Trump concocted a very strange image of Washington possessing ‘two desks … a presidential desk and a business desk.’ That is completely false. Washington had only one desk and he did not run a business or profit from his time as president. Washington would reject the self-dealing at the core of Trump’s daily behavior.”

Suri wrote, “Donald Trump is the first president to fully exploit the presidency for personal profit.” (And, Dean Obeidallah pointed out, Trump’s cancellation of plans to hold the G7 meeting at one of his Florida resorts doesn’t mean he gets why that was a problem in the first place.)

Taken together, “these are words of desperation,” wrote Trump biographer Michael D’Antonio. “They are also the sound of reality crushing the edifice of fantasy and lies that surrounds Donald Trump.”

It was not an accident that Trump’s off-the-charts rhetoric came as a parade of witnesses answered questions from House members conducting the impeachment inquiry. Elie Honig wrote, “Bill Taylor — the top US diplomat in Ukraine, who famously texted … that it would be ‘crazy to withhold security assistance for help with a political campaign’ — provided devastating testimony Tuesday. In his opening statement, Taylor established clear as day that there absolutely was a ‘quid pro quo’ of American foreign aid in exchange for Ukrainian investigations of Trump’s political rivals.”

In the New Yorker, Susan Glasser wrote, “The Presidential freakout of recent days can only be understood in that context.”

Trump’s “human scum” tweet, Glasser wrote, “in any other political moment, would be a strong contender for the worst public statement ever made by a President of the United States.” Expect more along those lines as next year’s election approaches, wrote Julian Zelizer: “The impeachment investigation has already exposed just how far the president is prepared to go in pursuit of victory. He has shown he is willing to do almost anything to achieve his goals.”

One line of defense for the President, wrote Byron York in the Washington Examiner, is his failure to follow through on his threats. On Ukraine, York noted, “the bottom line is: 1) Trump withheld the aid, 2) he asked for an investigation and a statement, 3) the investigation and statement did not happen, 4) Trump released the aid. If that is what happened, will Republicans agree to remove the president on the basis of those facts? Will a majority of voters?”

It’s worth taking a moment to salute a woman who helped unravel the Ukraine scandal, wrote Swanee Hunt, the former US ambassador to Austria. Marie Yovanovitch, the US ambassador to Ukraine, refused to stay silent about her ouster, which, she told Congress, came after Trump’s lawyer, Rudy Giuliani, trashed her reputation.

Trump wasn’t the only Republican taking it to the edge last week. Rep. Matt Gaetz of Florida, along with about two dozen of his GOP colleagues, stormed the secure facility where a House committee was questioning a witness in the impeachment probe.

Bad move, wrote Mieke Eoyang: “This stunt was just another attempt to distract from the continuing stream of witnesses testifying to the President’s shameless attempts to extort from Ukraine an investigation into his most-feared rival. However, when they entered the secure room, phones out, recording the scene, these GOP members showed a rash disregard for the security protocols designed to keep America’s secrets safe.”

Republican Doug Heye agreed the stunt was a mistake, but saw why the members were frustrated: “GOP complaints that partisan House Democrats are holding depositions behind closed doors, and preventing the public from hearing key information from witnesses testifying in the impeachment inquiry to further their own agenda, have some basis in truth — but that is no excuse for childish antics.”

When Sen. Mitt Romney was asked if he was behind the mysterious Twitter account “Pierre Delecto,” he confessed, “C’est moi.”

David Perry was reminded of the practice of people wearing masks in pre-modern Venice. Romney and other influential Republicans can make a positive difference in American politics, wrote Perry, “but they are going to have do so without masks and, most critically, they are going to have to risk upsetting their own delicate position. Romney and the rest will have to stop performing principled resistance and actually resist. Trump will eventually be gone, but for America to move past this difficult moment, all the masks must come off.”

Canada’s leader had an excruciating election night, wrote Michael Bociurkiw. “Not only was Trudeau’s Liberal Party forced by voters to accept a demotion to a minority government — grabbing just 157 of 338 seats in the House of Commons — but about two-thirds of the country voted against him.”

He added, “One of the most extraordinary, almost unexplainable political stories emerging out of Canada in the past two years has been the fall in Trudeau’s star power. A series of missteps forced him into the position of having to convince Canadians that he has the good judgment to continue on as prime minister.” Not least of his troubles: having to confess that he wore blackface on multiple occasions.

Joe Kent, whose wife, Senior Chief Petty Officer Shannon Kent, was killed in 2019 by an ISIS suicide bomber in Syria, spoke out in support of President Trump’s policy on Syria: “I understand the frustrations of my brothers and sisters in arms who fought alongside the Syrian Kurds and feel that we are abandoning them. They want to stay and fight, but in Syria there is no sustainable victory to be had.”

Kent noted, “The President has said since he was a candidate that we would destroy the territorial caliphate and leave. He is fulfilling his obligation to the American people who put him in office. That is who our obligation is to, not the Kurds.”

Others called Trump’s remarks on Syria Wednesday a “mission accomplished” moment, like the pronouncement of victory in the Iraq War by President George W. Bush, made before Iraq virtually disintegrated into fratricidal violence. President Trump declared that everything was working out fine in Syria, even though the withdrawal of American forces and his tacit go-ahead for a Turkish invasion was spreading fear and violence, in part aimed at America’s former allies, the Kurds in Syria.

“President Donald Trump stood in front of the microphone in the White House Diplomatic Reception Room and strafed the world with a barrage of lies and nonsensical, self-serving claims,” wrote Frida Ghitis. “We’ve seen it before, but the spectacle Trump served on Wednesday when he bragged and boasted about his great achievement in Syria was even more grotesque than usual, because he sought to paint what has been a calamity for America’s Kurdish friends – and for US standing in the world – as a great personal triumph.”

Hillary Clinton made a mistake, Jill Filipovic wrote, when she implied that congresswoman and presidential contender Tulsi Gabbard was a Russian asset. But Gabbard’s response was beyond bizarre, according to Filipovic: “After calling Clinton ‘the queen of warmongers,’ Gabbard said Clinton was the one behind ‘a concerted campaign’ to destroy the Hawaii Democrat’s reputation through ‘powerful allies in the corporate media and war machine, afraid of the threat I pose.’ To top off the crazy, Gabbard concluded, ‘It’s now clear that this primary is between you and me. Don’t cowardly hide behind your proxies. Join the race directly.’”

Sarah Isgur: Why Democrats face an uphill battle against Trump

Paul Sracic: Can the Democrats avoid a brokered convention in 2020?

It was one year ago, on October 27, when a man authorities say was motivated by his hatred of Jews, shot and killed 11 people attending services at Pittsburgh’s Tree of Life synagogue. Rani Singh Sodhi, a Sikh community leader, knows the anguish of losing a loved one in a hate crime — his brother was murdered outside his Mesa, Arizona, gas station on September 15, 2001.

“This threat of violence is now a daily part of our lives, just as it is for our Jewish brothers and sisters,” Sodhi wrote, before drawing inspiration from his faith: “in a time of despair, it is … love and optimism” that should guide us. “As adults, we lead by love and example for our children,” he added. “It is our responsibility to provide them with a world that stands against bigotry.”

The Pittsburgh killer was obsessed with fear of an immigrant “invasion” and faulted efforts by the nonprofit organization HIAS to support refugees. The head of that organization, Mark Hetfield, wrote that “over the past year, neither the Trump administration nor Congress has gone far enough to prevent another Pittsburgh from happening in the United States.” He noted, “anti-Semitism never appears in a vacuum. It is but one tentacle of hatred that is inexplicably linked to other forms of hatred against other ‘others.’ To fight anti-Semitism, we must fight against all forms of hate. Or we will fail.”

Deborah Parker and Mark Parker: In Trump world, flattery will get you everywhere – and nowhere

Jeff Yang: Star Wars and me: A 40-year love story

In a clip from a UK news outlet’s documentary, Meghan, Duchess of Sussex, was shown near tears “as she acknowledged the challenges she’s faced as a newlywed and mother in the spotlight,” wrote Kara Alaimo, herself a new mom.

“The video clearly struck a chord, and the hashtag #WeLoveYouMeghan began trending on Twitter. As a new mother myself, it was gut wrenching to watch the clip, knowing all too well that many of the challenges the former Meghan Markle faces are totally unfair,” Alaimo wrote.

She added, “It’s no surprise that Meghan is struggling. Our society’s lack of concern for the well-being of new moms is terribly disturbing — and it’s even worse for her as a royal.”

Alaimo shared her own surprise after giving birth, when “people started infantilizing me by offering unsolicited advice. I can’t wait in line at the supermarket with my daughter without a perfect stranger approaching me to recommend a book about sleep training.”

It must be worse for Meghan, Alaimo argued. She must contend with columnists and ordinary people on Twitter who “unleashed a torrent of disapproval and blasted Meghan for how she held her own baby when she was photographed at a polo match just two months after giving birth.”