Ronnie Anne and her family have an altar for Día de Los Muertos, they live above their corner store and skateboard together. They’re just another Mexican-American family in the big city.

Ronnie Anne is the star of “The Casagrandes,” a new animated series by Nickelodeon. The show is one of the first cartoons in the US to focus on a Mexican-American family.

“It’s so good to think that when kids watch it they can say, ‘This character looks like me’ or ‘Look that’s my name.’ That’s something that makes me proud,” said Miguel Puga, the show’s supervising director.

The show is a spin-off from Nickelodeon’s Emmy-award winning cartoon “Loud House.” It tells the story of 11-year-old Ronnie Anne who moves with her mother and brother to the big city to live with her grandparents, cousins, aunts and uncles. 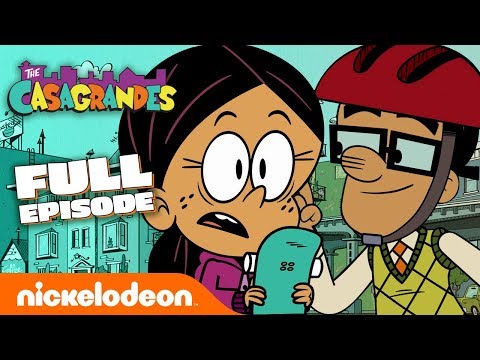 The Casagrandes are college professors, nurses, entrepreneurs and one of them is even a professional crier. That’s not a coincidence.

Creators have worked hard to avoid Latino stereotypes, nail the sporadic use of Spanish words in the show and add scenes featuring “la chancla,” a flip flop used by Hispanic women to discipline children.

Puga said he had in-depth talks with writers and animators about how it was growing up as a first-generation Mexican American in East Los Angeles and how his family has evolved.

One of the characters, Abuela Rosa, is loosely based on his mom and his grandmother.

But Puga said the good-hearted and outspoken girl wasn’t initially sketched as a Latina during the production of “Loud House.”

“When I saw the picture of Ronnie Anne she was a red head with a yellow jacket and I said, ‘No, let’s make her Latina. All of Lincoln’s friends are anglo-looking,’” Puga said.

The animators bought in and the network’s executives took notice.

The series premiered only a few weeks ago and it’s already tackling the beloved Mexican holiday Día de los Muertos, or Day of the Dead. The holiday, celebrated November 1-2, honors loved ones who have died.

The third episode of "The Casagrandes" is a Day of the Dead-themed episode.
Courtesy Nickelodeon

Puga said bringing Día de Los Muertos to “The Casagrandes” was important for him, especially because the holiday has helped him keep the memory of his late brother and father alive in the mind of his 6-year-old daughter.

“My mom has an altar in her house and every time she goes over, she remembers stories that we told her the day before,” Puga said.

In the show’s Dia de los Muertos-themed episode “Croaked,” Ronnie Anne helps a friend get over the death of her frog by teaching her about the Mexican holiday.

“No, mija. It has nothing to do with Halloween,” Abuela Rosa says about the holiday.