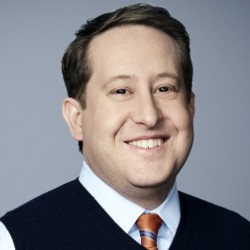 The Trump Organization is considering selling its three-year-old hotel in downtown Washington, DC, that’s been a focus of ongoing complaints that Donald Trump is profiting off his role as President.

Eric Trump, the President’s son and executive vice president of The Trump Organization, said the company has hired real estate firm JLL to assist the possible sale of the Trump International Hotel.

“Since we opened our doors, we have received tremendous interest in this hotel and as real estate developers, we are always willing to explore our options,” Eric Trump said in a statement.

No asking price was floated, but it is likely to be expensive. The hotel is in the Old Post Office building, a federally owned property on Pennsylvania Avenue between the White House and Capitol building, and has been a source of controversy since Trump took office in 2017.

The President has reported earning $80 million in revenue from the hotel while in office, according to his personal financial reports.

Several lawsuits have been filed accusing Trump of violating the Constitution’s emolument clause. Although Trump resigned from his companies before taking office, he transferred his assets into a trust. This arrangement allows him to benefit financially from those businesses, including the DC hotel.

Related Article What are emoluments and is Trump taking them from foreign powers?

“People are objecting to us making so much money on the hotel and therefore we may be willing to sell,” Eric Trump said. His statement did not list profit figures.

A federal court recently revived a lawsuit from the District of Columbia and Maryland, who say the Trump property has harmed Washington hotels and other businesses the states partially own.

The House Transportation Committee this week issued a subpoena for documents on the lease from General Services Administration.

“The American people have a right to know whether the President of the United States, who is serving as both the landlord and tenant of the Old Post Office Building, is violating the Emoluments Clauses of the US Constitution to enrich himself,” said Committee Chairman Peter DeFazio, D-Oregon.

After news broke that the hotel might be for sale soon, DeFazio responded in a statement: “Removing the Trump Organization from the lease of a taxpayer-owned building is a good place to start to ensure President Trump isn’t making a profit as both landlord and tenant of the Old Post Office Building, but … I’m skeptical that this latest development isn’t an attempt to make a massive profit that directly benefits the Trump family so I will be following this marketing attempt closely.”

The GSA did not immediately respond to a request for comment.

Earlier this year, the inspector general of the General Services Administration said the agency “ignored the Constitution” when deciding to maintain the lease of the building to the hotel after he was elected to the White House.

The Trump Organization won the contract in 2012 and the hotel opened in 2016.