The Jimmys have so much in common.

Both are husbands, fathers, funny, and late-night talk show hosts.

So, it was only a matter of time before Jimmy Fallon and Jimmy Kimmel did a public service announcement to help people distinguish between them.

At least, that was the idea.

But in the skit, which Kimmel shared on his show Thursday night, we learned that the pair have even more in common than we knew, including the same tattoo.

Jimmy Kimmel & Jimmy Fallon Finally Clear Up Who Is Who 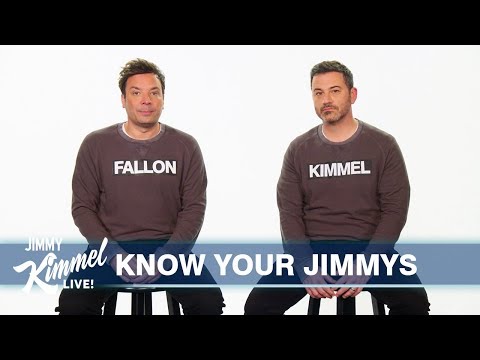 It was all for laughs, of course.

At least, we hope they aren’t both really going around poking the same unfortunate woman in the eye.