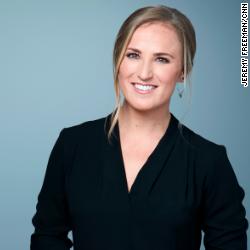 Bahamian fisherman Howard Armstrong finally has his wife’s body, and a little peace, two months after Hurricane Dorian smashed his home and his life.

He knew Lynn was dead. He’d seen her body floating in the kitchen where they had hauled themselves on top of cabinets to try to escape the rising storm surge. Armstrong had swum out to see if there was any help, but found none. When he came back, the cabinets had disintegrated and his wife had passed, perhaps from hypothermia, perhaps she had drowned.

There was nothing he could do. Rescuers reached him in Freeport on Grand Bahama two days after the storm hit.

He was wracked with guilt that he had lived and she had not. And as the days, then weeks, went by, he tried to find her – looking himself and appealing to the authorities.

Again and again he said, he described his wife’s blond hair and the clothes she was in. He tracked down the doctor who had given her a hip replacement to get the serial number of the new joint in case that helped.

Occasionally, he’d get word from officials, he said, asking him for more information, but they never had news for him.

And then the call came. The Royal Bahamas Police Force had found a body they believed to be the remains of Lynn Armstrong three or four miles away from their house. It had been carried southeast, in the same direction as his boat that had been found among rocks and trees.

“They called me Sunday, the 20th, and told me to come down with a marriage certificate,” Armstrong told CNN on Thursday. “That was washed away in the storm but Lynn and I were married in Freeport, so I went to the registrar’s office and got a wedding certificate and a piece of identification for her – an old driver’s license – and my driver’s license.”

The police told him they believed they had recovered Lynn.

“They gave me the option to see her and I was actually a little horrified to do it,” he said. He had gone back and forth about whether he had wanted to see her but then decided. “I knew I’d probably never forgive myself if I didn’t look at her,” he said.

“There were four officers who went with me and held onto me – they thought I was going to drop,” he said. “She was all in one piece, so it was better than I imagined. I could see a little bit of her hair, not all of it but some of it.”

Related Article Here's how you can help Hurricane Dorian victims

He said he was grateful he had the chance. “It turned out to be a good thing. I thought it would haunt me like a scary movie, but it was the best thing I could have done.”

He had feared she was lying in undergrowth, with time, nature and animals taking a toll. But he said it looked like she hadn’t been touched.

The coroner has made a report, but Armstrong has not seen it.

“We don’t know if she took a gulp of water that drowned her or if she died of hypothermia,” he said.

PHOTO: Patrick Oppmann/CNN
Armstrong found his wife's diary in the backyard, recognizable by her meticulous handwriting.

Armstrong said Lynn’s sister was going to have a service in her hometown of Halifax, England, with her friends and family next month. “I’ll call in on Skype,” he said.

“As far as having something here, I don’t know what I’m going to do because everybody knows she’s been found. I might do something, I’m not a churchgoing guy, so I don’t know what to do about that. What they do around here is have a party, so I might try to see how I can coordinate something.”

PHOTO: Howard Armstrong
Howard and Lynn Armstrong were together for 30 years and married for 20.

Armstrong has been living in the small cabin of his boat, without water or electricity. He hopes to restore the home he built with Lynn, and perhaps in the meantime, get one of the mobile homes being given to house storm victims.

Seeing his wife one last time has helped, he said.

“I broke up real good, but after that I’ve been at peace. I’m at peace with my wife and everything now.”