Companies aggressively marketed baby formula. Then there was a shortage
Technoblade, Minecraft YouTuber watched by millions, dead at 23
Google will pay US app developers $90 million in a settlement over app store policies
Something isn't loading properly. Please check back later.

Five Disney fans could get $1,000 for binge-watching movies

Calling Disney fans — some of you could earn $1,000 by binge-watching your favorite movies.

Media site Reviews.org said it is seeking the “biggest, baddest Disney fan” to watch 30 of their favorite movies and TV shows on the Disney+ streaming service in the 30 days after the platform launches on November 12.

Candidates are expected to watch those movies and shows right down to the credits and then submit a review of the new streaming platform.

Applicants are required to list two of their top social media platforms and the number of followers they have, according to the job listing. They must be at least 18 years old and a US citizen.

Along with $1,000, five selected Disney fanatics will get a one-year subscription to Disney+ and a Disney-themed movie-watching kit with blanket, cups, popcorn popper, and popcorn kernels. 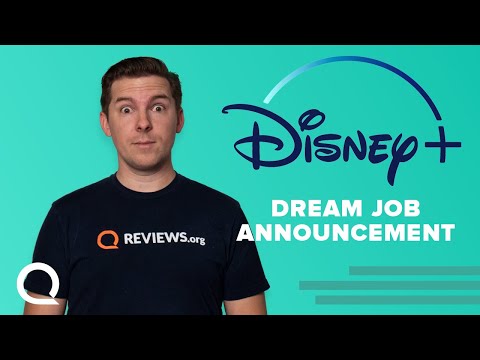 The launch of the streaming service is expected to be a major milestone for Disney.

Home to exclusive content from major Disney franchises like Marvel and “Star Wars,” as well as content from Disney Animation and Pixar, Disney+ is the iconic media company’s attempt to take on Netflix (NFLX), Apple and Warner Media’s HBO Max in the US streaming battle. (AT&T’s (T) WarnerMedia is the owner of CNN.)

Disney expects to amass between 60 million and 90 million global subscribers for the streaming service by 2025. It also plans to invest more than $2 billion in original programming.