Meet the lawyer behind the House’s impeachment inquiry 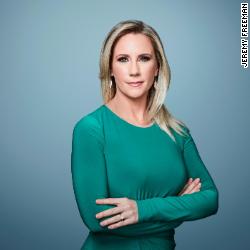 Recognizable names like House Speaker Nancy Pelosi and House Intelligence Chairman Adam Schiff are the public faces of the fast-moving impeachment inquiry related to Ukraine. But it’s the legal mind many haven’t heard of who is advising and helping to coordinate the impeachment fight behind the scenes.

Douglas Letter was handpicked by Pelosi to become general counsel for the House of Representatives in January, and in the past 10 months he and his office have been at the epicenter of the hyper-partisan constitutional power struggle. The General Counsel’s Office is, by definition, nonpartisan. Its attorneys represent and advise the House and its committees in all legal matters. In fact, Letter spent 40 years at the Department of Justice and served as director of the Civil Division Appellate Staff, where he defended the policies of both Republican and Democratic administrations.

Related Article Read: The most important documents related to the Trump impeachment inquiry

Letter doesn’t talk to the press; he leaves that to Pelosi. But his words in court say plenty about where this impeachment fight might be headed.

Last week he told a federal judge in Washington that the inquiry could be extensive.

“I can’t emphasize enough: It’s not just Ukraine,” Letter said. “If it’s criminal,” he continued, “but even if it’s not – President Trump can clearly be impeached if he was obstructing justice.”

Letter also said that even simply lying to the American public could prompt impeachment. In the court proceeding, Letter was fighting on behalf of House Democrats to obtain the FBI memos from interviews with key White House witnesses that Robert Mueller conducted as part of his two-year probe into Russian interference in the 2016 presidential election and whether anyone from President Donald Trump’s campaign was involved. The Justice Department said in court that it would hand over about 30 memos, but it has since indicated that the impeachment inquiry announced by Pelosi may negate that agreement.

That’s just one of the many court cases where Letter has been front and center. He and his nine-attorney team are representing the House Judiciary Committee in its lawsuit against former White House Counsel Don McGahn to force him to testify, they’re fighting to get the Justice Department to release the grand jury material from Mueller’s probe and they’re representing Democrats and various House committees in multiple attempts to get tax returns and financial records from the President.

“He’s stretched very thin because it’s a small office and they have an enormous docket,” former House General Counsel Irv Nathan said. Nathan experienced his own fight against the White House when he led the General Counsel’s Office from 2007 to 2010. George W. Bush’s administration claimed immunity for two White House officials, chief of staff Josh Bolten and White House Counsel Harriet Miers, during the investigation into the abrupt firing of nine US attorneys.

A judge ultimately ruled the White House could not claim immunity, and Bolten handed over documents and Miers testified.

“We had a lot of activity,” Nathan said. “But this is like on steroids. This is much more serious and much more intense and on many more fronts that he has to battle than we did.” Nathan also noted that Letter is simultaneously juggling these court fights while advising various House committees on the impeachment inquiry.

Samuel Dewey was a Republican staffer who led major investigations for several House and Senate committees from 2015 to 2018. He knows how difficult getting information from the White House, its current and former employees, or private citizens can be.

“You’re going against an opponent who has almost unlimited resources,” Dewey said. “It’s a three-dimensional game of chess.”

Nathan said he’d advised Letter about how to handle the pressure, since the two men know each other personally and spoke after Pelosi named Letter general counsel in late December 2018.

Nathan wouldn’t divulge his specific advice, but he put it this way: “He’s got to be calm, he’s got to be focused and he’s got to prioritize. It’s a difficult situation when the White House is being so obstructionist across the board. Not defending legislation, not providing documents, telling third parties not to provide documents and generally throwing up every kind of roadblock they can. Obviously, concealing the truth. That’s what the game plan is.”