Brie Larson’s reaction to witnessing a proposal is so pure

Brie Larson’s reaction to watching a couple get engaged over the weekend at ACE Comic Con was nothing short of super.

The “Captain Marvel” star was in Chicago over the weekend for a comic book convention that brought together alums of the Marvel Cinematic Universe for a series of panels and meet-and-greets with fans.

During one of her photo ops, one man, John Chambrone, used his brief time in the company of Larson to propose to his boyfriend, Richard Owens.

Y’all I was present for a proposal and I am CHANGED. Much love to the happy couple!!!! https://t.co/UMc4WofFja

“Y’all I was present for a proposal and I am CHANGED. Much love to the happy couple!!!!” Larson wrote, sharing photos captured during the proposal.

On Facebook, Chambrone later called the encounter “the most epic moment of my life,” and explained that he wrote a letter to Larson explaining what her Marvel character meant to him and his relationship.

“The movie meant a lot to us and I was so glad that he now shares my passion for the greatest superhero in all the known universes,” he said he wrote in the letter.

So, most of you may know that I was popping the question today to my beloved Richard Owen and it could not have gone...

Just days before the viral moment, Larson was on hand to accept an award at Variety’s Power of Women luncheon for her accomplishments as a superhero off-screen and her work with the Equal Justice Initiative, a group that works to end mass incarceration and end excessive punishment in the United States.

In her upcoming film “Just Mercy,” Larson portrays Eva Ansley, one of the co-founders of the organization. 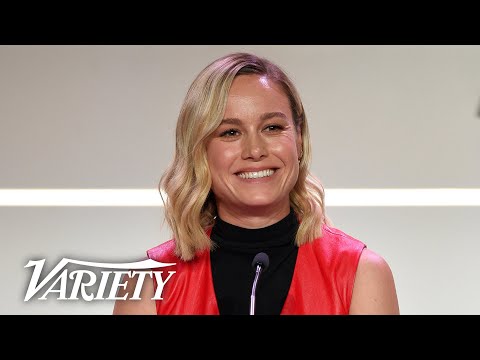 “When I was prepping for the film, I asked Eva how she keeps going in the face of so much working against her, and she said, ‘If all I can do is bring a little hope to someone, that’s enough. No one needs to feel alone,’” Larson said at the event. “I’ve been chewing that sentiment for a year now, and here’s what I’ve begun to practice with that: Every interaction is a chance to bring hope.”

Even if it takes place at a comic convention, apparently.