GM tells workers it’s time for the strike to end 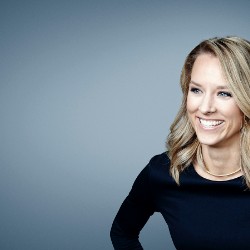 General Motors has told the United Auto Workers union that it’s time the two sides reach a deal to end the nearly four-week-long strike. The work stoppage has ground GM’s vehicle production to a halt and forced nearly 50,000 hourly workers to live on strike benefits $250 a week.

In a letter to employees Friday, GM defended its offer to union.

“We have advised the union that it’s critical that we get back to producing quality vehicles for our customers,” said Gerald Johnson, the automaker’s head of global manufacturing, in the letter.

Johnson acknowledged the strike has been hard on workers, their families as well as the communities where the company is located. He noted the strike has been difficult for GM (GM), its suppliers and dealers, too. He said GM (GM) made a comprehensive offer to the union this past Monday which included improved wages, a way for temporary employees to become permanent employees, maintaining the current health care coverage and commitments to invest billions of dollars in US plants to create thousands of new US jobs.

The letter is another sign of GM’s efforts to end the auto industry’s longest strike in decades. On Wednesday, GM CEO Mary Barra met with union officials face-to-face for the first time since the strike started.

The union responded that it is management’s fault that the strike has stretched on this long.

“At every step of the way, GM has attempted to undermine the ongoing, good-faith efforts the UAW has made to end this strike,” said the union’s statement. “Our members are ready to get back to work, but GM is purposefully stalling the process to starve UAW-GM workers off the picket lines to protect millions of dollars of corporate bonuses.”

The two sides held “top table” discussions Friday, in which chief negotiators from both sides meet on company-wide issues. That was the first time they held top table talks since Monday, according to a person familiar with the discussions. The only negotiations since Monday have been smaller committees working on specific issues, such as sourcing of work and technological progress, not the more comprehensive discussions needed to reach a final agreement. But those other issues also must be resolved as part of an agreement.

In a letter Thursday that the company’s chief labor negotiator Scott Sandefur sent to Terry Dittes, the union’s chief negotiator, Sandefur objected to the union not responding to the offer GM made on Monday.

“As we have urged repeatedly, we should engage in bargaining over all issues around-the-clock to get an agreement,” said Sandefur’s letter to his union counterpart. “Your members and our employees’ lives are being disrupted, and they deserve our commitment to getting any remaining issues resolved as quickly as possible.”

Sandefur’s letter was not released publicly, but CNN obtained a copy of the letter, along with one that Dittes sent to him. In it, Dittes said the union would respond to the company’s offer once various negotiating committees working on specific issues work out their differences.

“We will continue to work towards reaching a tentative agreement between the parties,” Dittes’ letter said.

PHOTO: Bill Pugliano/Getty Images
FLINT, MI - SEPTEMBER 16: United Auto Workers (UAW) members picket at a gate at the General Motors Flint Assembly Plant after the UAW declared a national strike against GM at midnight on September 16, 2019 in Flint, Michigan. Nearly 50,000 members of the United Auto Workers went on strike after their contract expired and the two parties could not come to an agreement. (Photo by Bill Pugliano/Getty Images)

The strike started on September 16. Through this coming weekend, GM losses are expected to reach $1.13 billion, according to an estimate from Anderson Economic Group, while lost wages for GM employees are expected to have reached roughly $600 million.

But while the losses have continued to mount for GM, the company should have the financial resources to ride out the strike even if it continues into November, according to an analysis released by credit rating agency Moody’s on Friday.

And while the strike is costly, it is more important that GM reach a deal that maintains its operating flexibility than it is that GM reaches an uncompetitive deal quickly, according to Moody’s analyst Bruce Clark.

“The cornerstone of GM’s long-term strategy is to be the leader in developing an economically viable operating model that enables investments in battery electric vehicles and autonomous vehicles to be profitable and generate appropriate returns. To fund the necessary investments in BEV and AV, GM is aggressively exiting or restructuring areas that do not generate acceptable returns,” he wrote. “Preserving this progress is a key element of GM’s position with respect to the United Auto Workers and the current strike.”

GM has announced plans to close four US plants. Three — an assembly plant in Lordstown, Ohio, and transmission plants in Baltimore and Warren, Michigan — have already been shut, and another assembly plant in Detroit is due to close early next year. GM says it has found other jobs for 2,300 of the 3,000 workers who worked in those plants, but many had to relocate. The union has pushed hard to get the company to agree to bring back some of the vehicles it now builds in Mexico as a way of providing job security to its members. The company has said the money it has promised to invest in plants will provide that job security.