Based on the trailer for Season 10 of “The Real Housewives of New Jersey,” Teresa and Joe Giudice may have hit a rough spot.

Joe Giudice began serving a 41-month prison sentence for mail, wire and bankruptcy fraud in March 2016, months after his wife was released after serving 15 months in the same case.

He is currently fighting a deportation order to send him back to his native Italy.

In the new trailer, the couple are seen having a heated conversation over the phone as their eldest daughter, Gia, 18, listens in.

Your First Look At The Real Housewives Of New Jersey Season 10! | RHONJ | Bravo 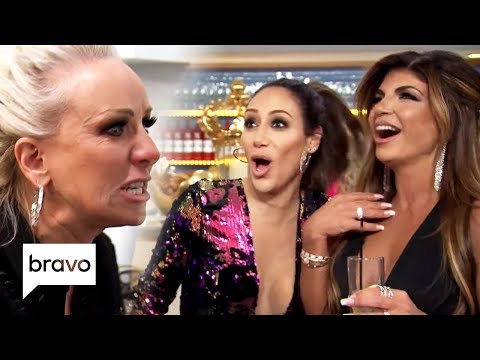 “Alright like I even wanted to get married?” Joe Giudice, 49, can be heard saying. “No.”

To which Teresa Giudice, 47, turns to their daughter and says “See what I get?”

“That’s your personal business with my father,” an upset Gia says to her mother. “So enough!”

There are plenty of other fireworks in the trailer, including tension between Giudice’s sister-in-law Melissa Gorga and fellow cast member Jennifer Aydin as well as Jackie Goldschneider dealing with some personal issues.

Season 10 of the popular Bravo show premieres at 9 p.m. on November 6.