Cannon appeared on “The Howard Stern Show” on SiriusXM, where he talked about his many projects, and about life when he was married to Mariah Carey, specifically, meeting Winfrey.

He recalled the first time he spoke to the talk show queen and said he still doesn’t know how to come back from their initial awkward encounter.

“The first time I met Oprah I made the dumbest mistake. Well, it wasn’t the first time I met her, because I had seen her in passing and stuff, but at the time Mariah was on the show and we had just gotten married, so this is like my first real face to face real conversation with her,” Cannon explained. “And so we’re backstage in Chicago and Mariah just did her thing on the show, and Mariah’s like ‘Hey Oprah, this is Nick.’”

And here is where things go south, he says.

“And like one of my favorite movies is ‘The Color Purple,’” Cannon continued. “So this is my opportunity to show Oprah how much I love ‘Color Purple,’ so the first thing that comes out of my mouth is ‘You told Harpo to beat me?’”

You told Harpo to beat me 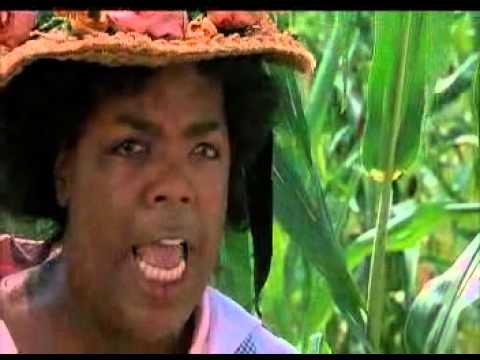 Winfrey, who plays Sofia Johnson in the movie, delivers the famous line in an emotional scene.

For some reason, she didn’t appreciate Cannon repeating it to her.

“She looked at me, and Mariah’s like ‘I can’t believe you just said that s**t.’ But I’m thinking everybody’s gonna laugh,” he said. “Oprah looked at me and we ain’t been on the same page since. That was the most awkward moment I’ve had.”