Aliens, flying discs and sightings – oh my! A short history of UFOs in America

UFOs are real! Just ask the US Navy.

The US Navy just acknowledged that three clips of declassified military footage released between 2017 and 2018 are actually “unidentified aerial phenomena” – their words, not ours.

The UAPs are just a fraction of the incursions Navy training ranges see, Navy spokesperson Joe Gradisher told CNN. Which, of course, begs the question: Are we actually alone?

The belief in alien encounters has long been a prominent feature of American life. A 1997 poll from CNN/Time on the 50th anniversary of the Roswell incident found that 80% of Americans think the government is hiding knowledge of the existence of extraterrestrial life forms.

There are thousands and thousands of reported UFO sightings, but in light of the US Navy’s recent acknowledgment of UAPs, here’s a look back at some of America’s closest encounters of the third kind.

Former Pentagon UFO official: 'We may not be alone'

Many of the best known alien claims come from Project Blue Book, the name for the US government program tasked with investigating reports of UFOs from 1948 to 1969.

In that time, Air Force personnel looked at 12,618 reported UFO sightings and said that 701 remain “unidentified.”

But in the end, the project concluded: “No UFO reported, investigated, and evaluated by the Air Force has ever given any indication of threat to our national security.” The program also concluded that the “unidentified” sightings were not advanced technology or extraterrestrial vehicles, according to the National Archives fact sheet.

The project was closed down in 1969 because of its cost, the National Archives said.

“Since Project Blue Book was closed, nothing has happened to indicate that the Air Force ought to resume investigating UFOs,” the archives said.

Groups dressed as aliens ride through downtown Roswell, New Mexico, in July 2000 as they participate in the annual UFO Encounter.
Joe Raedle/Newsmakers

The town of Roswell in New Mexico became shorthand for alien encounters in 1947 after reports that a flying object crash-landed in a field.

The Roswell Army Air Field initially said a “flying disk” had been recovered, but a second press release clarified that the object was from a weather balloon. Since then, a number of supposed witnesses have said they saw the military take away the flying disc – and bodies of aliens.

Decades later, plenty of Americans remain skeptical of the government’s claim that it was a weather balloon. In that 1997 CNN/Time poll, nearly two-thirds of respondents said they believed a UFO crash-landed in a field in that incident.

“We had in our possession a flying saucer,” former Army Public Affairs Officer Walter Haut said in 1997.

Roswell, now home to the Roswell UFO Museum, remains a major destination for alien enthusiasts looking for more evidence of their beliefs.

Long thought to be the location where the US government stores and hides alien bodies and UFOs, the mysteriously named location in Nevada has been the focus of alien conspiracies for decades.

Area 51 has been a prominent pop culture reference and made a notable appearance in the alien invasion movie “Independence Day.” 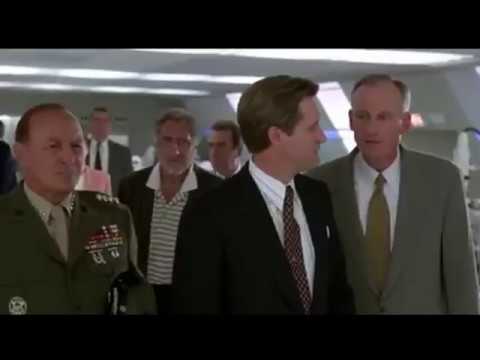 In 2013, the CIA declassified documents that officially acknowledged for the first time that Area 51 was a secret military site located a short distance northwest of Las Vegas.

But rather than host flying saucers or alien life, Area 51 was used to test the U-2 and OXCART aerial surveillance programs, according to the documents. The need for secrecy was to keep information from the Soviets, rather than to cover-up an alien encounter, they said.

In 2010, seven former US Air Force personnel described their personal encounters with UFO sightings over nuclear weapons facilities in incidents in the 1960s, ’70s, and ‘80s.

Three of the former Air Force officers said UFOs hovered over nuclear missile silos around Montana’s Malmstrom Air Force Base in 1967, causing problems with the military base. Former Air Force Capt. Robert Salas said one of his guards told him about a red, glowing object about 30 feet in diameter hovering above the front gate of the facility.

“And just as I [called my commander], our missiles began going into what’s called a no-go condition, or unlaunchable. Essentially, they were disabled while this object was still hovering over our site,” Salas said.

Salas said he didn’t personally witness the UFO. But Robert Hastings, an author and UFO researcher who organized the press conference, said the series of stories showed aliens had a particular interest in nuclear weapons.

“I believe – these gentlemen believe – that this planet is being visited by beings from another world, who for whatever reason have taken an interest in the nuclear arms race which began at the end of World War II,” said Hastings.

In March 1997, a number of Arizona residents said they witnessed a large flying object in the sky near Phoenix. Ten years afterward, former Arizona Gov. Fife Symington wrote on CNN about the experience ahead of an event discussing various UFO sightings and incidents.

“I witnessed a massive delta-shaped craft silently navigate over Squaw Peak, a mountain range in Phoenix, Arizona. It was truly breathtaking. I was absolutely stunned because I was turning to the west looking for the distant Phoenix Lights,” Symington wrote. “To my astonishment this apparition appeared; this dramatically large, very distinctive leading edge with some enormous lights was traveling through the Arizona sky.”

Symington, a former Air Force officer, said it did not look like a man-made object. And he ruled out the Air Force assertion that the object was high-altitude flares.

“I was never happy with the Air Force’s silly explanation. There might very well have been military flares in the sky that evening, but what I and hundreds of others saw had nothing to do with that,” he wrote.

Symington thanked those who were speaking out about their mysterious encounters, and called for the US government to be more open about what really happened.

“We want the government to stop putting out stories that perpetuate the myth that all UFOs can be explained away in down-to-earth conventional terms. Investigations need to be reopened, documents need to be unsealed and the idea of an open dialogue can no longer be shunned,” he wrote.

A version of this piece first appeared in 2017.