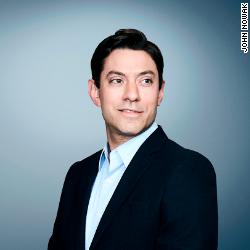 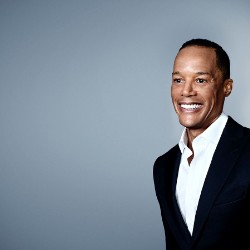 As the rock was smashed into his face, the attacker’s words hit Rabbi Avraham Gopin almost as hard. “He said ‘Jew, Jew’,” Gopin recalled in an interview with WCBS, a CNN affiliate. “It was hate,” the rabbi added. The attack broke his nose and knocked out two teeth.

Gopin, 63, had gone out to get some fresh air in a park in the Crown Heights neighborhood of Brooklyn, New York, late last month, when someone came up and began punching him. When Gopin tried to defend himself, the attacker hit him in the face with a rock.

Rabbi Avraham Gopin was left with bruises, missing teeth and a broken nose after he was attacked in a Brooklyn park.
PHOTO: WCBS

A 26-year-old man was arrested and charged with assault as a hate crime, as well as criminal possession of a weapon.

Last year had the third-highest totals for assault, harassment and vandalism against Jews, since the ADL started tracking in 1979.

Mourners gather for a vigil after the mass shooting at the Tree of Life Synagogue in Pittsburgh.
PHOTO: Jeff Swensen/Getty Images

While most of the reported anti-Semitic crimes in New York are acts of vandalism – such as swastikas scrawled on synagogues – many in the Orthodox Jewish community are worried about more violent personal attacks.

The concentration of Orthodox Jews in neighborhoods such as Crown Heights and Williamsburg in Brooklyn and traditional dress and head coverings worn by many can make them easy to find.

“They’ve always been more targeted because they’re more visible,” said Amanda Susskind of the ADL, which tracks hate crimes. “It’s a very serious concern for the safety of the Orthodox.”

Doniel Kramer, an Orthodox resident of Midwood in Brooklyn, said he agrees his community is more at risk. “Yes … because they stand out, especially now in this neighborhood.”

He said a greater police presence could help to act as a deterrent, and the NYPD is stationing some auxiliary officers outside Jewish institutions to do just that.

Orthodox communities are running their own security units in addition to coverage by police.
PHOTO: Angela Weiss/AFP/Getty Images

Orthodox communities are taking action too, through “Shomrim” volunteer safety patrols in Jewish neighborhoods in Brooklyn, named for the Hebrew word for “guardians.”

Standing near a mobile command center painted in similar style to NYPD vehicles, Bob Moskovitz of the Flatbush Shomrim Safety Patrol said his community is more worried these days.

“People are just afraid to walk around the street … especially the women that are walking and the kids that are going to yeshiva (religious school). These are all visible targets,” he said.

Akiva Perl, a Crown Heights resident and son of a Holocaust survivor, said he fears a dark period for the Jewish people is repeating itself. “Somehow we’re accustomed to it, unfortunately,” he said. “It’s not a shock. It’s just something that repeats itself and hopefully God has his ways and it will be rectified before it gets, heaven forbid, to a terrible situation.”

While not every crime against an Orthodox Jew may be driven by anti-Semitism, there is tension on the streets of Brooklyn and other neighborhoods.

A Jewish man walks with his children down a street in Williamsburg, Brooklyn.
PHOTO: Johannes Eisele/AFP/Getty Images

Community leaders want that feeling to change, not the people.

“No one should have to change the way they dress, whether they wear a facial beard or they wear Hasidic garb or a yarmulke on their head,” said Chaim Deutsch, a New York city councilman and chairman of the council’s Jewish caucus.

“No one should have to change their appearance of how they look, based on their religion,” added Deutsch, who represents parts of Brooklyn that have seen attacks against Orthodox Jews.

He said he hopes education as well as the huge diversity of people in the city will make a difference.