Hurricanes are the most violent storms on the planet, and strong storms are getting stronger thanks to warmer oceans.

Dorian, the second strongest Atlantic hurricane in modern record, is a prime example of storms reaching the highest category on the Saffir-Simpson hurricane scale. The strongest hurricane ever to make landfall in the Bahamas lingered over the islands for days, leaving catastrophic damage behind.

While the storm was not caused by the climate crisis, we do know that climate change is worsening the impact of storms like Hurricane Dorian, with higher storm surges, increased rainfall and rising storm intensity.

Here are some of the ways hurricanes are being impacted by the climate crisis and how Dorian is indicative of each. 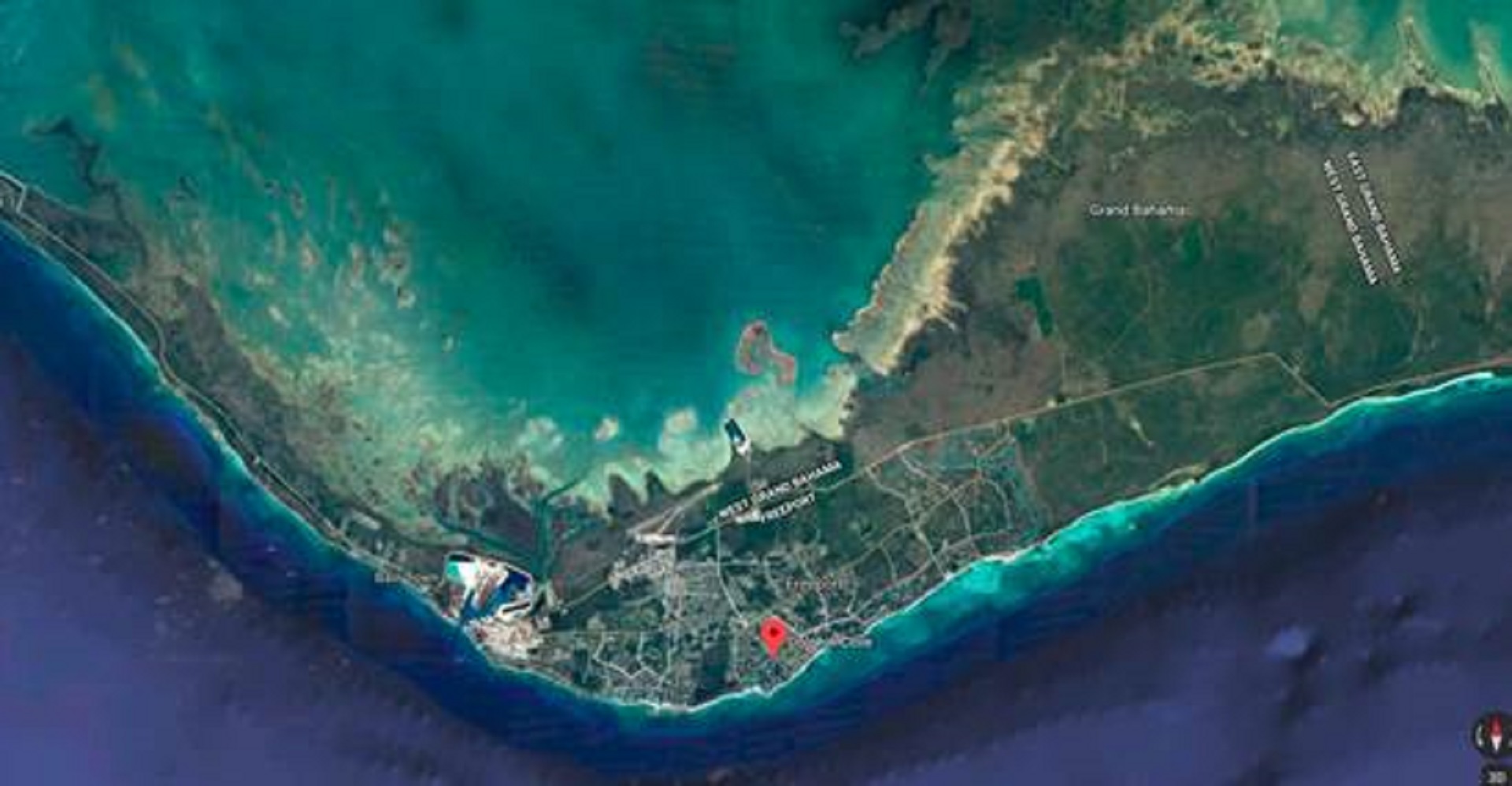 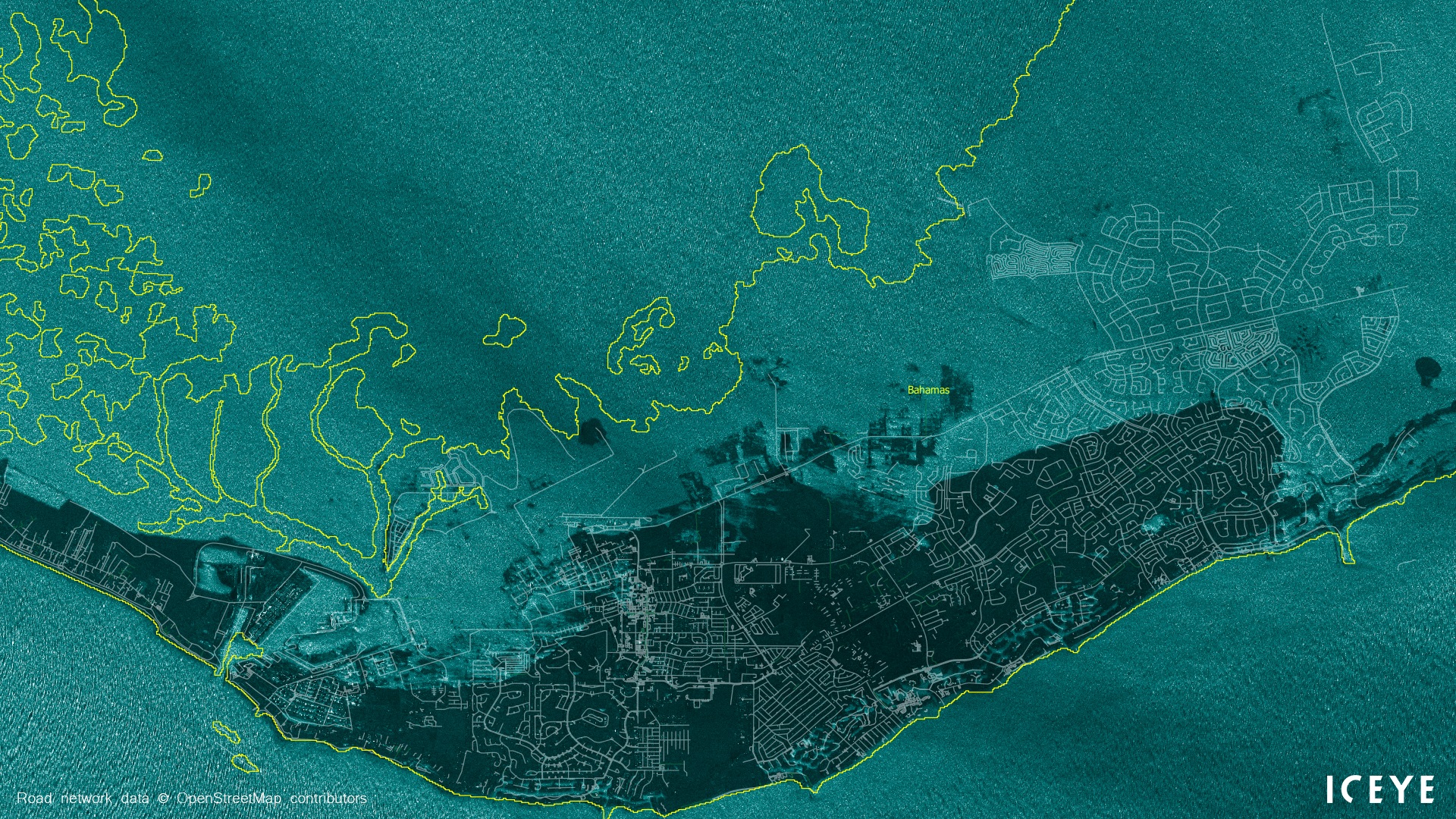 Grand Bahama island before and after Hurricane Dorian made landfall. In the after photo, note the yellow lines that mark where the land was before the storm flooded the area.

Storm surge, not wind or rain, is the number one killer in hurricanes, and climate change is making it worse.

Sea level has already risen as a result of climate change, and that rate is accelerating around the world. Current conservative projections for sea level rise by the end of this century (by 2100) are for an additional 12-24 inches, according to the UN’s Intergovernmental Panel on Climate Change.

Storm surge is the rise in ocean levels brought about by the wind and low pressure in a hurricane. When the winds blow onshore, it pushes the water higher, forcing it farther inland than normal tidal levels.

Given a relatively flat coastal plain, raising water levels by only inches can make a dramatic difference on how far inland the water can travel.

Adding two to three feet of water height would be like increasing a storm’s surge by one category on the Saffir-Simpson hurricane scale. It essentially makes a Category 1 hurricane, which usually has a storm surge of 4-5 feet, have a storm surge into the 6-10 foot range – what you would typically see from a Category 2 hurricane.

Residents of Tacloban in the Philippines, where Super Typhoon Haiyan roared ashore in 2013, described the devastating storm surge as “like a tsunami” – an apt comparison for the 5-7 meter (16-23 foot) wall of water that crashed into the city during the storm.

WHAT THIS MEANS FOR DORIAN: Dorian’s storm surge washed across the many islands in the Northern Bahamas, leaving devastation that is only starting to come into view now that the storm is slowly moving away. While Dorian’s extreme winds built the surge to exceptional levels, higher base sea levels from climate change adding another foot or so no doubt made a big difference on the largely pancake-flat terrain of the Bahamas.

While storm surge causes about half of the fatalities in landfalling hurricanes, the second deadliest aspect of the storm comes from flooding rainfall, which accounts for more than a quarter of all storm-related deaths.

Scientists are very confident that climate change is making storm rainfall worse, by increasing the rate at which it falls as well as the amount of rain a storm can produce.

That is because the physics behind this increase is very well understood, through a relationship called the “Clausius-Clapeyron Equation.”

Related Article Other cities have built levees and sea walls. That won't work in Florida

The equation pegs that increase at around 7% more water vapor available in the atmosphere per degree Celsius of warming (nearly 4% per degree Fahrenheit).

That would mean that in a world warmed by two degrees Celsius, you would have, on average, around 14% more water vapor in the atmosphere that is available to be dumped as rain.

Computer modeling shows this increase consistently, but according to Kossin, there hasn’t been a clearly increasing trend in the observed data.

“Precipitation data is pretty messy stuff,” he said, explaining that observing stations are few and far between and the satellite data doesn’t go back long enough to draw firm conclusions.

There have been several recent storms that provide anecdotal evidence. Hurricanes Harvey and Florence both set tropical rainfall records in the United States.

WHAT THIS MEANS FOR DORIAN: We don’t know how much rain fell from Dorian quite yet, but totals are sure to be extreme given the slow movement of the storm. Estimates are up to 30 inches or more across Grand Bahama and Great Abaco Island.

Stronger storms are getting stronger

Hurricanes are essentially massive heat engines that are fueled by warm ocean water and air.

This energy is converted into lashing winds and driving rainfall that brings a myriad of devastating impacts when they hit land.

Humans are warming the air and oceans where hurricanes are spawned, of this scientists are quite certain.

But how this changes hurricanes is an open question with a growing amount of hypotheses.

The connection between human-induced warming of the planet and changes in hurricane frequency, intensity or impacts is more challenging to understand, because the historical data-set that scientists have to work with is much shorter and less robust than something like the temperature record.

Whereas the global temperature record goes back more than 150 years, records for hurricanes get very sparse prior to the 1970s, when satellites first began beaming back images covering all the world’s oceans.

Kossin says the added heat in the oceans is “increasing the speed-limit for storms,” allowing them to reach higher intensities.

“The prevailing consensus is that we likely won’t see more storms in the future (maybe even fewer), but that these storms may be stronger,” according to Phil Klotzbach, a hurricane researcher at Colorado State University.

WHAT THIS MEANS FOR DORIAN: Dorian was a Category 5 hurricane (meaning winds greater than 157 mph), and even though there is no Category 6, if you extrapolated the scale out, Dorian’s 185 mph sustained winds would make it one. Dorian is the latest in a series of storms in recent years to impact the Atlantic as a Category 4 or 5 after Harvey, Irma, Maria and Michael.

The warmer oceans extend beyond just the surface, going hundreds of meters deep, allowing plenty of ocean heat content for hurricanes to use for fuel.

“If you increase the speed limit, you make more room for the storms to strengthen, so it can intensify more quickly,” Kossin said.

This has led scientists to believe that storms are more likely to undergo “rapid-intensification” as a result of climate change warming the oceans.

Fernando Llano/AP
A body is carried out of the Mudd neighborhood in Marsh Harbour, Bahamas, on Monday, September 9.
Gallery
Related Gallery In photos: Hurricane Dorian

Some recent research has shown this increase observed in global tropical data, but the confidence in the data is low.

“We used to observe storms less frequently and with satellites that had lower resolution, and consequently, we likely couldn’t measure rapid intensification as well as we can now,” Klotzbach told CNN.

WHAT THIS MEANS FOR DORIAN: Hurricane Dorian underwent rapid intensification several times during its life-cycle – including when it became a hurricane as it passed by Puerto Rico and over the Virgin Islands, and again as it became one of the strongest hurricanes on record when it made landfall in the Bahamas.

Hurricanes are slowing, which could be a big problem

#Dorian's incredible stall over the island of Grand Bahama appears to set a new record for the slowest moving major hurricane over any 24-hour period since records began in 1851.

Most people can easily walk faster than the mere 1.3 mph (2.0 kph) that Dorian has been advancing. pic.twitter.com/S4UtofSqwj

Hurricanes and tropical storms are moving slower around the planet, according to a study from Kossin. And the slower a storm moves, the more rain it can drop on a particular area, and the longer severe winds have to weaken infrastructure.

The 2018 study in the scientific journal Nature showed a 10% decrease in forward speed globally between 1949 and 2016, though there is some variation among ocean basins.

According to the study, which looked at each ocean basin where tropical systems form, a slowdown in the movement of the storms has been observed in every basin except the Northern Indian Ocean.

Tropical cyclones have slowed more in the Northern Hemisphere, which is significant because that is where a majority of storms occur each year.

Related Article What made Dorian stall over the Bahamas?

The western North Pacific basin, where the strongest systems are referred to as typhoons and super typhoons, sees the most storms annually and has seen the most slowing, at 20%.

There is considerable evidence that global summertime circulation patterns in the atmosphere are slowing as a result of global warming. Therefore, it would make sense that if the flow around the hurricanes and typhoons is moving slowly, the storms will also be moving slower, which Kossin believes is what he is observing in the data.

But there are probably more variables at play than a warmer climate putting the brakes on tropical cyclones.

“It is far from clear that global climate change has anything to do with the changes being identified,” said Kevin Trenberth, a senior climate scientist with the National Center for Atmospheric Research.

Several major natural climate variations occur over long periods, such as the Pacific Decadal Oscillation, which is similar to the El Niño/La Niña oscillation that can significantly alter global weather but operates on much longer time scales (hence “decadal,” whereas El Niño/La Niña alternate from year to year).

Trenberth points out that this study did not account for these natural cycles, which he said could be behind much of the observed trend.

WHAT THIS MEANS FOR DORIAN: Dorian was one of the slowest, if not the slowest moving major hurricanes we have ever recorded. According to Colorado State University hurricane researcher Philip Klotzbach, Hurricane Dorian traveled the second shortest distance in 24 hours by a major hurricane (Cat 3+) since modern records began in 1950. Dorian’s average speed over the Bahamas on Monday may have set a record for the slowest moving hurricane.