The highs and lows of Kamala Harris’ roller coaster summer 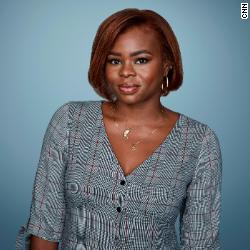 It’s been an up and down summer for Kamala Harris.

The California Democrat scored the biggest victory of her campaign in June, when, at the first debate, the senator excoriated Joe Biden on his past opposition to busing as a way to desegregate schools. The moment vaulted the California senator in the polls and exposed the vulnerability of the former vice president.

But now, two months later and worlds removed from her campaign’s high point, Harris was stuck using the archetypal political cliché this week to fend off questions about her standing in the race and slumping poll numbers.

“I just heard you say polls,” she told a reporter in a drab Las Vegas conference room on Wednesday. “I think the only poll that matters is Election Day.”

Campaigns are never straight lines and often the high points are followed by striking lows. But Harris’ summer has been particularly inconsistent, leaving Democratic operatives and even some Harris aides to question why the senator was unable to seize on her debate moment and firmly plant herself among Biden, Vermont Sen. Bernie Sanders and Massachusetts Sen. Elizabeth Warren – the race’s top three candidates.

Since that moment taking on Biden in June, Harris has been on a steady decline, unable to sustain the momentum that she earned for landing a solid punch against the race’s frontrunner. Harris aides tell CNN they aren’t worried about the lack of momentum and downturn in the polls, claiming that they won’t let “temporary poll dips and blips distract or alter our approach to the race.”

But other advisers, who asked for anonymity to speak candidly about the state of the campaign, said morale in the Baltimore-based operation has followed the polling downturn. It reached bottom when CNN released a poll last week that showed Harris had fallen back to 5% nationally, tied with South Bend, Indiana, Mayor Pete Buttigieg and nowhere near Biden, Sanders and Warren.

“(It was) the lowest point of the campaign, thus far,” a Harris campaign adviser said of the day the CNN poll was released. In response, Maya Harris – the candidate’s sister and senior aide – called key staff, big donors and bundlers to “boost morale,” the adviser said.

Harris’ senior aides are unmoved and believe that the summer, despite its ups and downs, has gone well. The campaign has plowed millions into organizing, spent money to stay on TV in Iowa and began to build an operation in California, which will have its first Super Tuesday presidential primary in 2020 and where the senator has leveraged her local status to consistently poll among the top candidates in the state.

“We want to peak at the turn of the year, more than we do in August of 2019,” a senior Harris aide said.

’Building for the long haul’

Harris’ campaign is looking to move past her roller coaster summer with an increased focus on building an operation that, in the words of one aide, is prepared “for the long haul.”

Harris and her team plan to bring on 19 new organizers in Iowa and 15 in South Carolina by early September, according to campaign plans provided to CNN, building on her already substantial staff in the early nominating states.

And Harris’ top aides have laid out a plan – both to the candidate and her top donors – where the nominating process is seen as a “long protracted contest” where “the top four candidates are going to be in a position to compete for the nomination potentially all the way to the convention.”

That is clear in how Harris is planning for Super Tuesday, too, a delegate rich day where more than a dozen states will be up for grabs. Harris has already built a sizable staff in her home state of California and her campaign announced recently that they were hiring seven new senior staffers in the state.

The summer has also seen Harris invest in different organizing programs that the campaign hopes will help in the coming months. Much of that work has focused on college campuses, where Harris has invested time and money by hiring a full-time campus organizer in South Carolina and launched a program aimed at courting New Hampshire’s large student population.

“Our focus is on winning the primary, not an off-year August news cycle, which is why we’ve spent the summer building the grassroots organizing foundation that will propel Kamala to victory in this race,” said Ian Sams, Harris’ spokesman. “We’ve already engaged thousands of volunteers and are competing to win in the early states, while preparing for a long primary contest that carries us into Super Tuesday and the rest of March.”

He added: “These races are marathons, not sprints, and Kamala is a long-distance runner.”

’Medicare for All’ missteps

The issue that has dogged Harris most since the first Democratic debate is “Medicare for All,” the Sanders-backed health care plan that would entirely remake the health care system in the United States and push all Americans onto government backed plans.

Harris’ issues with health care began earlier this year when the senator appeared to tell CNN in January that she would eliminate private insurers as a necessary part of implementing Medicare for All. Harris aides later said the senator was referring to the bureaucracy around health care, not all private insurance.

Harris, a co-sponsor of Sanders’ bill in the Senate, once touted herself in 2018 as the “the first Senate Democrat to come out in support of Bernie Sanders’ Medicare for All bill.”

Since then, though, Harris has released her own proposal that, while similar to Sanders’ plan, has key differences, like the amount of time government health care is implemented and the availability of private health insurance. Harris advisers have described the plan as to the right of Sanders and the left of Biden, right where the senator would like to be politically.

But the shifts in Harris’ stance have created a view that the senator is trying to be everything to everyone.

Biden’s campaign lambasted the plan as a “have-it-every-which-way approach” and suggested that the changes are part of “a long and confusing pattern of equivocating about (Harris’) stance on health care in America.” And Sanders’ campaign labeled Harris’ plan “bad policy” and “bad politics.”

Harris’ campaign argues it is not inconsistent to support Sanders’ bill and have her own plan. And her support for Medicare for All but lack of support for removing all private insurance matches many voters. A CNN poll released in July found that more than eight in 10 potential Democratic voters said they favor a national health insurance plan – but just three in 10 favor a plan that completely does away with private insurance.

Harris’ campaign said she favors a number of paths to offering Americans access to health care as quickly as possible.

A Harris senior aide said the senator opted to release her own plan this summer because she told her staff, “I want my own plan,” as opposed to running on Sanders’ bill. The campaign points out other candidates like New Jersey Sen. Cory Booker and Warren are co-sponsors of Sanders’ bill, but may eventually diverge with their own specific plans.

But a former strategist involved in her past California campaigns admitted that the perception of Harris as inconsistent on health care is an issue.

“She doesn’t have a lot of wiggle room to mess up on something like health care, because there’s a narrative,” the adviser said, adding that each slip up on health care grows “exponentially worse” than the time before.

The belief inside the Harris campaign is that the California senator – because she is lesser known than the likes of Biden, Sanders and Warren – will have more pliable support than others in the race.

“She has the most elasticity of any candidate,” said Bakari Sellers, a Harris surrogate and CNN contributor. “People want her to do well, but at the end of the day, they don’t know her. It is difficult for her because she has to get acclimated to various communities quickly.”

That was echoed by Brian Brokaw, Harris’ two-time campaign manager during her 2010 and 2014 runs for California attorney general and a senior adviser in her Senate race, who described the senator as a “newcomer” who will need “time for her to make her case.”

“Kamala Harris is somebody throughout her career who has been underestimated or written off prematurely,” Brokaw said. “She has made a lot of very smart people look foolish.”

This view – that Harris is unknown compared to others – is backed up by audiences at Harris’ own events.

While her gatherings often bring out her most enthusiastic supporters, they also draw a good number of curious, undecided voters still trying to take her measure. Because she is far less known than others, some of the undecided voters at her events say they need to get to know her better. Younger voters often say they have heard some vague criticisms of her record as a prosecutor before she entered politics – and need to do more “research.”

Patrick Mirocha, a 46-year-old plant operator at a waste treatment plant, said he counts Harris’ toughness among her top attributes. He is deciding among Harris, Buttigieg and Warren – who top his list because they’re “all pretty brilliant.”

“If Kamala were on the debate stage (with Donald Trump), I think she’d wax the floor with him. She would just dominate him,” Mirocha said in an interview. “I watched the Barr confirmation, the (Brett) Kavanaugh confirmation. You can tell she’s a prosecutor. She’s methodical. If you sit back and just kind of listen, really listen, you can tell she’s two steps ahead of them in her questioning.”

Still, he is drawn to Buttigieg, in part because of his military experience and Warren because of her policy chops: “I just think Elizabeth Warren has a long track record as being great… She’d be formidable.”

Sellers and many inside Harris’ campaign also see Harris’ gender and race as a key reason she has experienced the ups-and-downs that other candidates have not.

And voters have also factored that in with Harris.

“The question to me isn’t whether they can handle themselves debating against Trump,” said Ryan Saddler, the 46-year-old director of diversity at St. Ambrose University in Iowa. “The question for me is – can they be convincing enough to the Trump supporters and those who are – I won’t mince my words here – those who are in support of a white supremacist, male agenda to sway them, that they are capable of doing the job.”

Saddler, who attended a Harris event in Davenport, Iowa earlier this summer, said he was torn between Harris and Warren. But he feels that Warren’s campaign has plowed into the work of listening to voters this year and trying to understand what they need, “which is the history of our country for women, period, in any position of power.”

CORRECTION: This article has been updated to reflect Brian Brokaw’s position as campaign manager for Kamala Harris’$2 2010 and 2014 races for California attorney general.