Actor and apparent Taylor Swift pen pal John Travolta wants you to know that he didn’t accidentally mistake a drag queen for the real-life star while presenting at the MTV Video Music Awards on Monday. But he’s cool if that’s what you want to think.

Travolta found himself in the center of yet another viral award show moment on Monday night when some viewers claimed the actor may have mistaken Taylor Swift impersonator Jade Jolie for the actual singer while on stage.

In a conversation with Dallas-area radio station Hot 93.3, “The Fanatic” star explained that wasn’t the case. 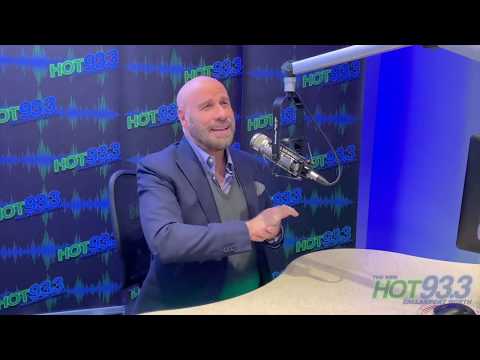 He said he’s friends with Swift, saying “she’s been so good to my daughter and my wife” by providing them concert tickets and they’ve exchanged letters in the past. While presenting Swift the award for Video of the Year, he said the interaction with Jolie spotted by viewers was one of confusion, not mistaken identity.

“There’s so many people that bombarded the stage, that I was looking for [Swift]. So, the video has me looking, trying to find her,” he said. “But, you know, I thought it was so funny the way it was interpreted. And it’s cool, I didn’t care.”

He added: “I sometimes fantasize, ‘What if I’d given it to her?’ That would have been awesome. I should have just gone all the way with it, you know?”

Travolta said he tries to have “a sense of humor” about his various headline-making actions, from his haircuts to that viral moment at the 2014 Oscars when he accidentally referred to Idina Menzel as “Adele Dazeem.”

“We’re in pretty good shape on the day, any given day, that that kind of thing could make headlines,” he said. “We’re so used to this inundation of bad news that the idea that something so light and so insignificant as those items would do that means that, at least for today, there’s no bad news.”