As the Amazon fires rage, members of this indigenous community brace for their world to change 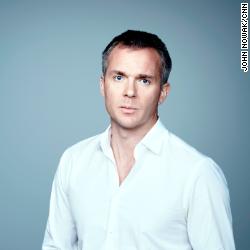 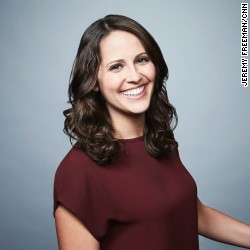 An orange hue greets dusk in the Campos Amazonicos. It is then, as the sun’s punishing glare ends, that the firefighters can comfortably approach the flames hurtling across the parched savanna.

For this tiny band of firefighters, there are no epic cargo planes with tons of water, or helicopter drops. Just shovels, sweat, a turbo kind of leaf blower to burn the fire out, and long, bumpy, agonizing drives in aging jeeps and ATVs, across the dust and ash.

The challenge is equal to the global stakes involved. Much of the Amazon is canopy, but parts of it – like the National Park of the Campos Amazonicos – are also savanna, where fires are stoked by powerful wind. Fire walks, confident and all-consuming, across vast swaths of pasture.

The tiny band of a few dozen firefighters – based in a two-story house three hours’ drive away from the nearest village – cover an immense area, across which the green has turned to ashes at an alarming rate in the past four days.

The firefighters have helpful but anxious neighbors, the Tenharim indigenous people. The Tenharim have called this area “Mother” for centuries, but fear the raging inferno of this year and the rampant deforestation around the Amazon may soon leave them orphans.

It is the land they live on and identify with. But Marcio Tenharim, the president of their association, looks on at the flames exhaustively fought, knowing his delicate world is changing. “The next generation will have a darker future,” he said. “Since this president came to power these things are happening a lot more.”

CNN takes you into heart of the Amazon fires

He means President Jair Bolsonaro, globally criticized for his exploitative approach to the Amazon and his mixed response to the fires raging this year through it. The Tenharim say the fires in their area – 900,000 hectares, which they say their thousand people legally own – have increased yearly. There were 93 last year, they said, a third up on the year before that. They simply don’t know how heavily hit they’ve been this year, yet.

Tenharim’s indigenous headdress glows in the orange inferno, as he looks, somewhat resigned and blank in his expression, into the wall of flame. “It’s sad to see what we have preserved,” he said.

“Four days of fires on preserved land where you could breathe fresh, clean air. And now we breathe smoke.”

The Tenharim contribute ten men in shifts to the fire brigade, from a pool of 23. At the center of their world is a gathering of huts, where modern and abnormally loud pop music often blares. This place is disconnected from the bustling businessmen in Brazil’s capitals who would happily invest in the forest. Yet the outside world has long wanted a piece of their paradise.

Their land is bisected by the highway 230, the Trans-Amazonian, built by the military in 1972.

Then it brought in diseases, they said, and caused intense protest. Now it churns with dust and huge trucks stream past cattle and discarded logs. The highway lined with signs of how fast the outside world is stripping the Amazon of its riches. Deforestation to help grow soy, to feed China, and to create pasture for cattle to graze in. The global appetite for beef is stoking the pace of destruction, at a rate of one and a half soccer fields per minute, according to Brazil’s National Institute of Space Research.

One enduring question is how the fires are started. Most policemen, officials, investigators, and firefighters CNN spoke to over a week accepted that a large number were started by people eager to clear land and exploit it afterward. President Bolsonaro has suggested some of the 85% rise in fires throughout Brazil this year may be natural, although some experts have challenged that idea, saying many are man-made.

“Fires in indigenous forests are mostly man-made and that’s where the biggest fires are,” he added. “For five or six months now we’ve been seeing increased deforestation and fires are a consequence of that.” He added that later in the year, when the dry season ends, more fires could occur when fires are lit to clear the pasture to grow afresh in the rainy season.

But Marcio Tenharim retains hope, because without that, there are only ashes. Asked about his children’s chances there, he said: “Probably they’ll have time, and this isn’t the end. It won’t be like before.”​