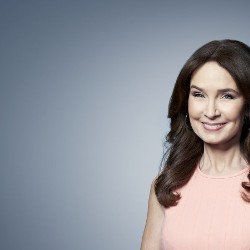 The judge in Harvey Weinstein’s sexual assault case will allow three additional accusers to testify as “prior bad acts” witnesses against him, according to court documents filed Monday by prosecutors.

The sexual assault charges against Weinstein relate to two women – one on July 10, 2006, and another on March 18, 2013. But the three additional witnesses would testify about other uncharged acts as prosecutors try to show Weinstein had a similar pattern of behavior.

In addition, “Sopranos” actress Annabella Sciorra says she was assaulted by Weinstein in the winter of 1993-1994, according to a source familiar with the case.

Prosecutors filed an indictment with new versions of the predatory sexual assault charges on Monday in an effort to add Sciorra’s testimony to the case.

The judge has not made a final ruling if Sciorra will be allowed to testify, but attorney Gloria Allred said prosecutors had asked her to do so.

“She has been willing to testify when asked to do so,” Allred said, “because she feels that it is in the interest of justice for the jury to hear and evaluate all relevant evidence in order for them to decide the appropriate verdict in this case.”

The court documents were filed on the same day that Weinstein pleaded not guilty to two new predatory sexual assault charges in a Manhattan criminal court.

The disgraced media mogul already faced five felony charges: two counts of predatory sexual assault, one count of criminal sexual act in the first degree and one count each of first-degree rape and third-degree rape.

He has pleaded not guilty to all of the charges, and his attorneys have said the acts were consensual.

New York State Supreme Court Justice James Burke set a schedule for a briefing on whether or not to drop the old charges.

Prosecutors said the case does not change with this new indictment. “There (are) absolutely no surprises here, there is nothing new here,” the prosecutor told the court.

Weinstein’s defense attorney Donna Rotunno said that the new indictment showed prosecutors are “desperate.” She said they will file motions to dismiss this new indictment. “It’s not new. It’s a new way to attempt to do it,” she said.

Weinstein’s trial is now expected to begin January 6. During a scheduling conversation the judge asked him, “do you want to go to trial?”

“Not really, not with this weak case,” he replied.

The court hearing comes almost two years after the New Yorker and The New York Times first reported on Weinstein’s alleged predatory behavior as the head of The Weinstein Company. Those allegations of sexual harassment, assault and rape, including of prominent actresses, helped spark the worldwide #MeToo movement that has sought to hold accountable men who abuse their power.