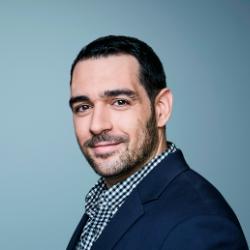 Ken Cuccinelli, the acting director of US Citizenship and Immigration Services, was a founding member of a group more than a decade ago that described undocumented immigrants as “foreign invaders” responsible for “serious infectious diseases, drug running, gang violence, human trafficking, terrorism.”

The group, State Legislators for Legal Immigration, was established in 2007, when an immigration revamp was being hotly debated in Congress. Its founding principle was that undocumented immigration represented an invasion of the United States on par with foreign invasion that should justify invoking war powers under the Constitution – extreme rhetoric Cuccinelli has continued to use in recent years, and that has been adopted by President Donald Trump and other Republicans.

Speaking with Breitbart radio in October of last year, Cuccinelli argued that states could use “war powers” to block Central American migrants, many of whom were reportedly planning to seek asylum in the US and who’d formed a so-called caravan, from coming across the border.

“We’ve been being invaded for a long time, and so the border states clearly qualify here to utilize this power themselves. And what’s interesting is they don’t need anyone’s permission,” Cuccinelli said. “They can do it themselves. And because they’re acting under war powers, there’s no due process. They can literally just line their National Guard up with, presumably with riot gear like they would if they had a civil disturbance, and turn people back at the border. Literally, you don’t have to keep them, no catch and release, no nothing. You just point them back across the river and let them swim for it.”

“When someone comes across your border without your permission, it’s an invasion,” he added. “Their purpose here is to violate the border, to violate our sovereignty, for their own purposes. That’s an invasion. And here, I don’t think with the caravan it’s even debatable because you’ve got an entire group that’s organized itself to come into the country.”

Cuccinelli, who announced a rule this week limiting green cards for migrants in need or deemed likely to become in need of public assistance, drew criticism this week for claiming that the famed Emma Lazarus poem on the Statue of Liberty – which reads “give me your tired, your poor” – should be reimagined with the phrase “who can stand on their own two feet and who will not become a public charge.” He sought to defend his revision by saying “that poem was referring back to people coming from Europe, where they had class-based societies, where people were considered wretched if they weren’t in the right class.”

But those views are in line with what he expressed more than a decade ago as a state legislator in Virginia, when he was one of the first state lawmakers to join State Legislators for Legal Immigration, a group started by Daryl Metcalfe, a member of the Pennsylvania House of Representatives with a history of provocative statements.

Neither the White House nor US Citizenship and Immigration Services responded to a request for comment.

The early days of SLLI

“State Legislators for Legal Immigration has been formed to serve as a unifying force to bring all levels of government together to terminate America’s illegal alien invasion from the Keystone State of Pennsylvania; to every city, community, small town, main street, front porch and back yard; across our fruited plains; and from sea to shining sea,” the group’s website read at the time, drawing from “America the Beautiful.”

In a May 2007 press release announcing he was joining the group, Cuccinelli explained his participation in terms of security.

“We face very real security threats today,” Cuccinelli said at the time. “Porous borders and lax immigration enforcement have left us vulnerable not only to terrorist attacks but to increasing levels of crime in our communities. Those already accustomed to flagrantly disregarding our laws do not hesitate to traffic their deadly cocktail of drugs and gang violence into Virginia.”

Shortly after Cuccinelli joined the newly founded group, Metcalfe sent a letter to President George W. Bush on behalf of the state lawmakers saying the Constitution required that “illegal alien invasion” be “terminated” to protect Americans.

“President Bush, as you well know, the federal government has a Constitutional obligation to secure our borders from the entry of illegal aliens,” the letter read. “Article 4, Section 4 of the U.S. Constitution states that our government ‘shall guarantee’ to every state in this Union a Republican form of government and shall protect each of them against INVASION.”

In December 2007, the group hosted a public event at the National Press Club that featured representatives from the immigration advocacy group FAIR, which seeks to limit immigration overall, on the anniversary of Pearl Harbor to warn against the “invasion” of undocumented immigrants into the US. Cuccinelli was not among the state lawmakers present for the event.

Metcalfe did not respond to an inquiry from CNN.

Cuccinelli would cite his ties to State Legislators for Legal Immigration when campaigning for Virginia attorney general in 2008, citing his status as an early member of the group on his campaign website.

“As a founding member of State Legislators for Legal Immigration, I am committed to passing legislation that removes the economic incentives that fuel illegal immigration,” Cuccinelli’s website read in 2008. “Legal immigrants began their story in the United States with respect for our laws. Illegal aliens have begun their history with us in an unlawful way. Those who choose to break additional laws by stealing identities, dealing drugs, joining criminal gangs, driving without a license or committing fraud must receive prompt justice.”

The group has grown steadily less active, but Cuccinelli’s rhetoric has remained largely the same since 2007.

Speaking at the conservative Red State Gathering in August 2014, during a time when thousands of unaccompanied minors were arriving at the border, Cuccinelli said Texas was being “invaded.” He suggested, in response to a question from the audience, that then-Texas Gov. Rick Perry – now Trump’s energy secretary – should be allowed to enter treaties and wage war against the children arriving from Central America.

“Article One, Section 10, Clause 3 says states can’t enter into treaties or wage war except when actually invaded. Obviously we all know what Governor Perry’s been doing lately. Understand that he has absolute constitutional authority and the federal government cannot stop him. They cannot stop him,” Cuccinelli said.

He added: “He can use whatever power the state has to stop actual invasion. And a Border Patrol member could want someone to be allowed in and Texas could stop them. I actually think if I were Governor Perry, I’d be quietly going around other governors and asking for monetary contributions, because we’re not being invaded, Texas is. And so they have constitutional prerogative that we don’t have in Virginia right now. “

Speaking on conservative radio in March 2015, Cuccinelli said President Barack Obama was encouraging “invasion” of the US by undocumented immigrants.