Robin Williams: On anniversary of death, his advice still matters

Editor’s Note: A year after Robin Williams’ death on August 11, 2014, his words still resonate. This story was first published in 2014.

Robin Williams gave a lot of advice. Whether in character or as himself, he was universally perceived as someone who knew things the rest of us had somehow missed.

He often suggested reaching out for help, and from what we know, he took his own advice more than once. Whether on reaching out or fighting indifference, his words carry as much power now as they ever did.

In 2013, Williams participated in a question and answer session on the social media site Reddit. He spoke on a variety of topics, from the kind of animal he would be (a dolphin) to his recipe for success. As we mark the fifth anniversary of his death Sunday, here is some of his memorable advice:

Q: What do you believe is the key to life?

A: Once again: family and friends. And a good pet. For pure loyalty there is nothing like a pug.

Q: What is, in your opinion, the recipe to success?

A: Truly loving what you do. Because there will be good days and bad days.

Q: College tips for a freshman?

A: Eat ramen, and also, don’t wait until the day before the final to cram for the test (which is what I did for my economics final).

Q: Any advice out there for people like me who may be going through bad times themselves, for whatever reasons?

A: Reach out to friends. They’re out there. And know that you are loved.

In “Good Will Hunting,” Williams plays a psychologist helping a brilliant but troubled young man find his identity.

In this scene, Williams and his client, played by Matt Damon, speak about the myth of perfection in a scene that had even the cameraman laughing. 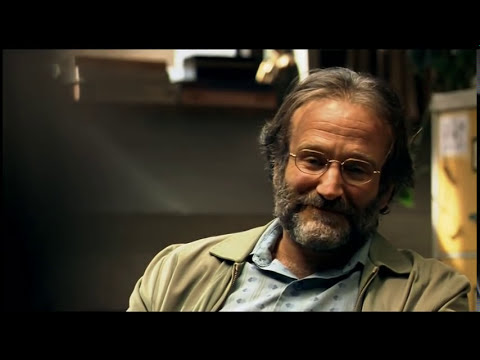 “People call these things imperfections. But they’re not. That’s the good stuff. And then we get to choose who we let in to our weird little worlds. You’re not perfect, sport. And let me save you the suspense. This girl you met, she’s isn’t perfect either. But the question is whether you’re perfect for each other. That’s the whole deal. That’s what intimacy is all about.”

Another moment occurs as Williams’ and Damon’s characters speak about the experience of love vs. the idea of love. 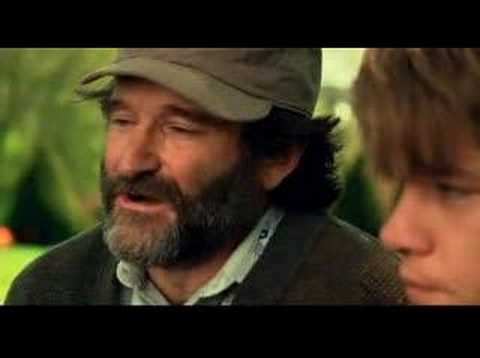 “If I ever asked you about love, you’d probably quote me a sonnet. But you’ve never looked a woman and been totally vulnerable,” and later when speaking about his wife who died of cancer, “You don’t know about real loss, because that only occurs when you love something more than you love yourself. I doubt you’ve ever dared to love anybody that much.”

In this scene from “Dead Poets Society,” Williams, playing an unconventional English professor at an exclusive boys’ school, dares his students to think independently and embrace the power of the poetry they’re studying. 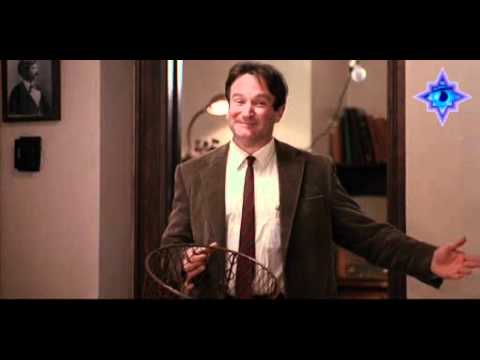 “No matter what anybody else tells you, words and ideas can change the world. We don’t read and write poetry because it’s cute. We read and write poetry because we are members of the human race. And the human race is filled with passion. Medicine, law business, engineering, these are noble pursuits and necessary to sustain life. But poetry, beauty, romance, love, these are what we stay alive for.”

In the same film, he offers this advice on finding a voice: 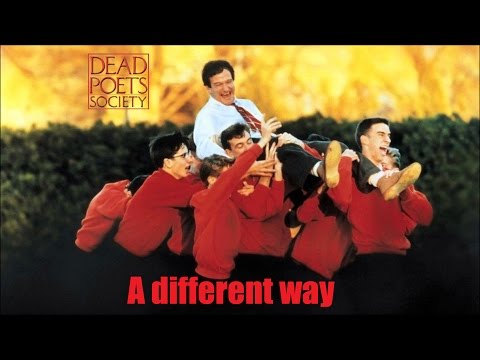 “We must constantly look at things in a different way. … You must strive to find your own voice. Because the longer you wait to begin, the less likely you are to find it at all.”

In this scene from “The Fisher King,” Williams plays a homeless “knight” intent on saving and comforting the forgotten. His speech is aimed at two youths beating up a troubled character played by Jeff Bridges.

“There’s three things in this world you need: Respect for all kinds of life, a nice bowel movement on a regular basis and a navy blazer. One more thing: Never take your eye off the ball.”

Williams plays a doctor who has, at least temporarily, helped patients come out of decades-long catatonic states. Far from viewing the experiment as a failure, in this scene, he summarizes what he and his patients learned.

“That the human spirit is more powerful than any drug. And that is what needs to be nourished. Work, play, friendship, family. These are the things that matter. This is what we’ve forgotten.”

This scene not only contains a bonus appearance by Phillip Seymour Hoffman, it features an impassioned Williams speaking about empowering patients and being a doctor who offers treatment and comfort. 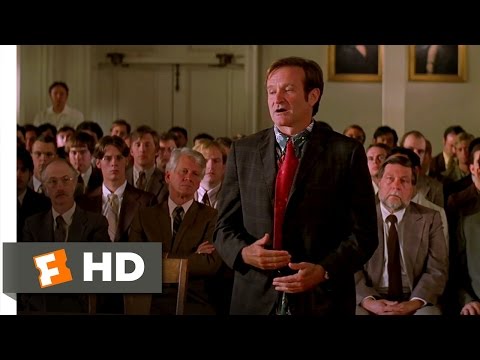 “What’s wrong with death, sir? What are we so mortally afraid of? Why can’t we treat death with a certain amount of humanity and dignity and decency and, God forbid, maybe even humor. Death is not the enemy, gentlemen. If we’re going to fight a disease, let’s fight the most terrible of all, indifference. Now, I’ve sat in your schools and heard people lecture on transference and professional distance. Transference is inevitable, sir. Every human being has an impact on another.”

Jack Powell may be a young man, but his unusual aging disorder will cut his life short. In a graduation speech, he offers this advice.

“Please don’t worry so much. Because in the end, none of us have very long on this Earth. Life is fleeting. And if you’re ever distressed, cast your eyes to the summer sky, when the stars are strung across the velvety night, and when shooting star streaks through the blackness, turning night into day, make a wish. Think of me. Make your life spectacular. I know I did.”