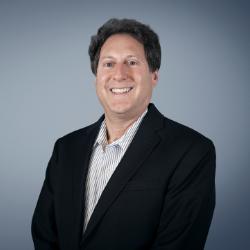 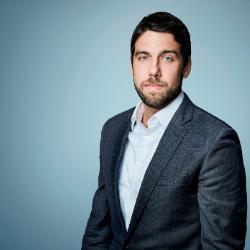 The Environmental Protection Agency told staff scientists that it was no longer opposing a controversial Alaska mining project that could devastate one of the world’s most valuable wild salmon fisheries just one day after President Trump met with Alaska’s governor, CNN has learned.

The EPA publicly announced the reversal July 30, but EPA staff sources tell CNN that they were informed of the decision a month earlier, during a hastily arranged video conference after Trump’s meeting with Gov. Mike Dunleavy. The governor, a supporter of the project, emerged from that meeting saying the president assured him that he’s “doing everything he can to work with us on our mining concerns.”

The news came as a “total shock” to some top EPA scientists who were planning to oppose the project on environmental grounds, according to sources. Those sources asked to remain anonymous for fear of retribution.

The copper-and-gold mine planned near Bristol Bay, Alaska, known as Pebble Mine, was blocked by the Obama administration’s EPA after scientists found that the mine would cause “complete loss of” the bay’s fish habitat.

EPA insiders tell CNN that the timing of the agency’s internal announcement suggests Trump was personally involved in the decision.

Dunleavy met with Trump aboard Air Force One on June 26, as the President’s plane was on the tarmac in Alaska. The President had stopped there on his way to the G20 summit in Japan.

PHOTO: Jason Ching
A controversial mining project in Bristol Bay, Alaska, that was all but killed by the Obama administration is now moving forward under President Trump's EPA.

Four EPA sources with knowledge of the decision told CNN that senior agency officials in Washington summoned scientists and other staffers to an internal videoconference on June 27, the day after the Trump-Dunleavy meeting, to inform them of the agency’s reversal. The details of that meeting are not on any official EPA calendar and have not previously been reported.

Those sources said the decision disregards the standard assessment process under the Clean Water Act, cutting scientists out of the process.

The EPA’s new position on the project is the latest development in a decade-long battle that has pitted environmentalists, Alaskan Natives and the fishing industry against pro-mining interests in Alaska.

In 2014, the project was halted because an EPA study found that it would cause “complete loss of fish habitat due to elimination, dewatering, and fragmentation of streams, wetlands, and other aquatic resources” in some areas of Bristol Bay. The agency invoked a rarely used provision of the Clean Water Act that works like a veto, effectively banning mining on the site.

Some current and former EPA officials say the decision to remove the Clean Water Act restriction ignores scientific evidence. The decision follows a series of regulatory rollbacks and political appointments within the Trump administration’s EPA that have been criticized by former EPA administrators as favoring industry interests over the environment.

The June 26 meeting between Trump and Dunleavy marked the fourth time the two had met since December.

Dunleavy has publicly supported the mining project and wrote a letter to Trump in March protesting the EPA’s prior handling of the matter. He had dinner with Tom Collier, the CEO of Pebble Limited Partnership, the project’s developer, in February and spoke to him on the phone in May, according to copies of Dunleavy’s calendar reviewed by CNN. A member of Dunleavy’s administration used to work on the Pebble project in public relations.

In response to CNN’s question about whether Dunleavy asked Trump to direct the EPA to lift the restriction during the June meeting, Dunleavy’s press secretary said the two discussed mining and a public land order, but he declined to provide specifics of the conversation.

Dunleavy said in a statement, “This project, like all projects, should be scrutinized and examined under a fair and rigorous permitting process prescribed by law. That was not the case under the EPA’s unprecedented preemptive veto.”

The same day Trump and Dunleavy met in June, the EPA publicly announced that it would begin reconsidering whether to withdraw the Clean Water Act restriction on the Pebble Mine. EPA scientists and staff believed that they would then have weeks or months to reassess previous findings and potentially permanently stop the project, according to the sources.

Instead, immediately after Trump met with Dunleavy, EPA officials received an invitation from EPA headquarters to attend the video conference the next day, June 27.

During that video conference, EPA General Counsel Matthew Leopold said that a decision had been made to lift the restriction on the Pebble Mine proposal and that no further consideration of the matter was needed, sources said.

“I was dumbfounded,” an EPA insider said. “We were basically told we weren’t going to examine anything. We were told to get out of the way and just make it happen.”

Leopold took over EPA responsibility for the Pebble Mine proposal since EPA Administrator Andrew Wheeler, who previously worked for a law firm that provided services to Pebble, recused himself.

When CNN first asked about the June 27 meeting, EPA spokesman Michael Abboud said that Leopold told him he did not attend any meeting involving Pebble on that day, and therefore any announcement at any such meeting would lack authority.

After CNN told the EPA on Friday that evidence showed that Leopold organized and attended the June 27 meeting, Abboud contradicted his prior statement and said Leopold participated in an internal meeting that day to discuss an EPA memo as well as comment letters related to the project. Abboud said an EPA regional office decided to withdraw from the restriction on July 30.

PHOTO: Jason Ching
The Bristol Bay watershed is one of the world's most valuable wild salmon fisheries.

This is the second time the EPA under the Trump administration has sought to remove the Clean Water Act restriction and clear the way for the Pebble Mine project.

In 2017, as CNN previously reported, top EPA officials directed staff to withdraw that protection and allow the project to move forward. That decision was made within hours of a meeting between then-EPA Administrator Scott Pruitt and Pebble CEO Collier. However, in January 2018, Pruitt flip-flopped and announced that the protections would stay in place as the EPA gathered more information. The EPA said at the time that the Pebble project could still apply for a permit, but “their permit application must clear a high bar, because EPA believes the risk to Bristol Bay may be unacceptable.”

When the EPA publicly announced the decision to withdraw from the Obama-era restriction on July 30, the EPA’s Chris Hladick, an administrator who presides over Alaska, said the preemptive veto that previously blocked the project “does not account for the full record and does not grapple with differing conclusions” about the mine’s potential environmental impacts.

EPA spokesman Abboud said in a statement to CNN, “The previous administration’s preemptive veto of this project, without a permit even being submitted, was a departure from regular order and the Trump administration is seeking a return to the correct process.”

Abboud added that the decision to withdraw the restriction does not guarantee that the mine will receive a permit but said the EPA will now focus on the permit-review process.

Pebble Limited Partnership praised the decision in a news release last week that said the EPA’s previous objections to the project were based on “‘hypothetical mining scenarios’ prepared by EPA itself, and assessed in an ‘alleged’ scientific study.” The company also said that its most recent permit application has a “substantially smaller development footprint and enhanced environmental safeguards” and that the project would employ about 2,000 people in Alaska.

Christine Todd Whitman, who served as an Environmental Protection Agency administrator during the George W. Bush administration, said the EPA’s decision to lift the restriction on the mine before the agency’s scientists fully reviewed the matter could violate the Clean Water Act.

“It’s politics trumping policy and good science,” said Whitman, who in 2017 joined two other former EPA administrators who served under Republican presidents in opposing the mine due to its estimated environmental impacts. “If this goes forward now with all the holes and the insufficiencies … there’ll be a lawsuit, no question about that.”

Bristol Bay-area tribes have protested the mine and say it would not only harm the environment, it would ruin their way of life.

“If that mine gets put in, it would … completely devastate our region,” said Gayla Hoseth, second chief of the Curyung Tribal Council and a Bristol Bay Native Association director. “It would not only kill our resources, but it would kill us culturally.”