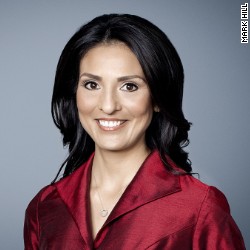 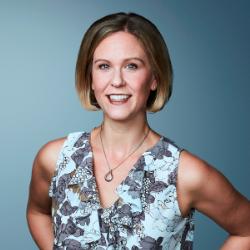 Melba Coody didn’t think the old plotline could unfold again: a mass killing along the US-Mexico border at the hands of a white gunman apparently driven by bigotry and willing to take justice into his own hands.

It’s how her great-grandfather’s and great-uncle’s lives ended in 1915. The men, both American citizens of Mexican descent, were fatally shot along a Texas road during La Matanza, or The Massacre, a bloody period when members of the vaunted Texas Rangers slayed hundreds of Mexican-Americans amid a climate of racism and hate.

Related Article Their ancestors were slain a century ago along the US-Mexico border. They say now is the time to retell the horror

Coody had believed – even in an era of racist presidential tweets, private border militias and a humanitarian crisis among migrant children – that the kind of horror her ancestors experienced could be consigned to history.

“And look at what happened,” the 76-year-old woman told CNN as she wept over the weekend massacre in El Paso, Texas, that left 22 people dead and 24 more injured. Their accused killer is a white supremacist who wanted to stop a “Hispanic invasion of Texas,” according to a manifesto police believe he wrote.

“I can’t believe people are doing things like they used to do many, many years ago: the racism,” Coody said. “What the Texas Rangers did to my great-grandfather – killed him just because they were riding around thinking that they were murderers of other people and robbers, most of all. And now this. I don’t know what to think except it’s very hurtful, and it’s bad that things are happening again like they did many, many years ago.”

Physical violence again “has reared its ugly head, and it’s as real now as it was then,” said Texas state Rep. Terry Canales, a Rio Grande Valley Democrat whose great-uncle spearheaded an inquiry in 1919 into extrajudicial killings by the Rangers. “What we are watching in El Paso is one of the most gut-wrenching, sad, horrible, cowardly acts, and it’s not far from what was exactly happening 100 years ago.”

Rhetoric that harks back a century

Some descendants of those slain during the Matanza period had warned in the months before horror hit El Paso that mounting anti-immigrant sentiment could set the stage for the sort of targeted violence that played out in the crowded Walmart.

They cited, in part, President Donald Trump’s use of the term “invasion” to describe the arrival of Central American migrants to the southern US border and his chuckling response to a rally-goer who suggested simply shooting migrants. Those examples and more, they said, could tacitly give license to people inclined to mistreat those they deem unwelcome in the United States.

PHOTO: SCALZO/Wilson/Getty Images
President Trump and President Obama represent two visions of America. Which one will prevail is unknown.

To be sure, last week’s atrocity was not authorized by any government, as the official investigation found the century-old Ranger killings had been. Texas prosecutors already have charged the alleged El Paso gunman with capital murder, while US Justice Department officials are treating the case as domestic terrorism and “seriously considering” lodging hate crime charges that could carry the death penalty.

Trump, meanwhile, called on the nation following the El Paso attack and another mass shooting hours later in Dayton, Ohio, to condemn racism and white supremacy. He has slammed video games and the internet for stoking an atmosphere of violence, pointed to mental illness for motivating killers and signaled support for so-called “red flag” laws that would keep firearms away from “those judged to pose a grave risk to public safety.”

But the President has stayed away from discussing the impact of his own divisive words on the political climate.

Indeed, the accused shooter’s online writings reflect ideas that have been shared by Trump, Fox News and the Republican Party, including the warning of “a Hispanic invasion.” The writer noted that he’d held these beliefs for years – notably, before Trump became President.

The themes hark back to what experts call “the period of widespread, state sanctioned anti-Mexican violence on the Texas-Mexico border (1910-20),” said Monica Muñoz Martinez, a Brown University assistant professor who wrote about the era in her book, “The Injustice Never Leaves You.”

“What’s really troubling is that the rhetoric that is coming from this current administration is echoing the eugenic sentiment and language that was used by eugenicists and nativists from the early 20th century,” she said. “Like the word, ‘infestation,’ and the word, ‘invasion,’ it was something that was used to mobilize and not only to police the border but also to police anyone who looked Mexican in the region.”

“I am also very concerned about the ongoing policies on the border, like family separation, which I think gives license to people being dehumanized,” Martinez said. “We need to study how that inspires racism and an extremist to also not value Mexican life and immigrant life and Latinos.”

While Trump didn’t coin the “white nationalist rhetoric and racist ideologies against Latinos, … it is very clear that he uses the same language as part of his politics,” said South Texas College historian Trinidad Gonzales, who counts a relative among those murdered during La Matanza.

“You see it very clearly by the shooter having to clarify that the ideas did not come from Trump, because Trump has the same ideas,” he said, “and that is disturbing.”

’We’ve been tormented as a people’

The violence in El Paso hit at a deep-rooted unity among residents of Hispanic descent who, for many decades, have lived in what’s effectively a single community that spans the Texas border city and Ciudad Juarez, Mexico.

An economic and cultural hub, the metro area is a far cry from the dangerous and “infested” place that white nationalists and others describe, Martinez said. That bigoted rhetoric echoes the false claims made a century ago by Rangers who’d accuse law-abiding people of Mexican descent of being “bandits” as justification for murdering them.

PHOTO: UT Austin's Briscoe Center for American History
The Massacre era's racist rhetoric is captured in the handwritten caption of this historical photo.

Abbott has called the El Paso shooting “a heinous and senseless act of violence.” The Texas Department of Public Safety is assisting El Paso police in the shooting investigation, he said in a statement, adding that the Texas Rangers and other state resources were deployed in a support role.

But damage – even beyond lives stolen and families shattered – has been done.

PHOTO: Joel Angel Juárez for CNN
A memorial for victims of the El Paso shooting nearby a lot across from a Walmart in El Paso, Texas, Monday, Aug. 5, 2019.

Related Article Their culture made them targets. Now, it's what is helping them heal

“You can grow up all your life on the border and not feel that someone is going to shoot you simply because you’re brown,” Gonzales said. “That security is gone.”

Perhaps a part, but not all.

Just two days after the Walmart carnage, Aztec dance groups performed prayers for the victims in a powerful and defiant display of the region’s heritage.

“We’ve been tormented as a people,” performer Gisela Sarellano said. “I like the idea of using our culture – that they’re so threatened by – to combat that, to fight their hatred with beauty.”

Beyond apparently being targeted because of their ethnicity, Coody sees another link between her forebears who were killed by a Ranger – one a county commissioner and teacher, the other a Spanish-to-English translator for his neighbors – and the shoppers gunned down while perusing backpacks and notebooks and graphing calculators at Walmart.

PHOTO: John Locher/AP
From left, Samuel Lerma, Arzetta Hodges and Desiree Quintanar attend a vigil for victims of the deadly shooting that occurred earlier in the day at a shopping center Saturday, Aug. 3, 2019, in El Paso, Texas. (AP Photo/John Locher)

“These people that were killed in El Paso, that horrible tragedy, were educated people and not just anybody,” she said. “They were people that were shopping and getting ready for school, and look at what happened.

“My great-grandfather and my great-uncle were also just, you know, they were educated, and this happened to them,” she said. “That’s why I say that if it happens again, it could happen to anyone.”

Abbott’s office and the state Department of Public Safety’s Ranger Division did not respond to CNN’s requests for comment about the Ranger’s century-old history of violence. Those acts have no connection to the modern-day force, a department spokesman told the San Antonio Express-News in 2004.

Coody’s grown daughter, Christine Molis, did not think immediately of her family’s Matanza link when she heard of the carnage in El Paso, she told CNN. But the questions that flooded her mind mirror those that have driven a recent push for official markers to acknowledge the early 20th-century slayings and – the hope had been – thwart similar injustices.

“It made me think about: Why would he target just them? What have we done? What did they do to him? They are just normal people going about their normal lives, like everybody else,” Molis said. “How do you know they are not American citizens? Just because they’re of Mexican descent?”

Reflecting on the bloodshed in El Paso, the answers seemed no nearer than they were a hundred years ago.

“It’s been going on for over a century,” Molis said. “And I don’t think it’s going to stop, not in the world we are living in today.”