Stephen Colbert compared the field of Democratics running for president to an episode of “Scooby-Doo.”

He may not be far off.

In a parody sketch for “The Late Show with Stephen Colbert” on Tuesday, Scooby and the gang tried to figure out which Democratic candidate was hiding beneath a ghost costume.

No one could pinpoint exactly who it was, throwing out guess after guess, until Shaggy came up with a theory about why.

“There’s like too many middle-aged generic white guys, man!” he said. 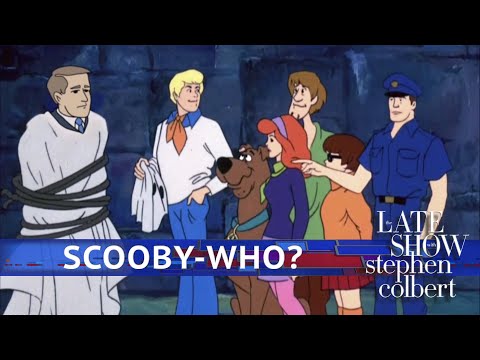 Back in March, Colbert used a Scooby reference when discussing the Mueller report.

“Everybody is breathlessly waiting for the Mueller report to come out, and there have been signs today that it might, maybe, possibly, definitely, or not be really soon,” he said. “It’s like we’re three-quarters of the way through a ‘Scooby-Doo episode.’ Just pull the mask off the monster, okay? We know it’s Old Man Trump!”