50 years after US moon landing, China is catching up in the space race 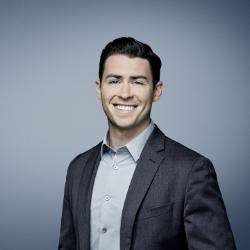 Fifty years ago, when the Apollo 11 astronauts became the first human beings to land on the moon, the Chinese space program had yet to launch a single satellite.

The fierce space race between the United States and the Soviet Union had left behind Beijing, which launched its first manned space flight in 2003, more than 40 years after NASA’s achievement.

But in recent decades, as China has grown richer and more powerful, its space program has accelerated.

Buoyed by billions of dollars in government investment, Beijing has fired space labs and satellites into orbit and even become the first country to send an unmanned rover to the far side of the moon.

PHOTO: AFP/Getty Images
This picture released on January 11, 2019, by the China National Space Administration shows the Chang'e-4 lunar probe on the far side of the moon.

Private Chinese companies are also investing in space research and technology, with the country’s first successful private rocket launch taking place in May 2018.

Even greater ambitions are on the horizon – Beijing is working toward sending astronauts to the moon and, eventually, Mars.

“The implication is that, if they keep getting better at scale, they are probably going to be come the leading power at some point. It’s just a matter of time.”

‘We too shall make satellites’

At the start of the space race in the late 1950s, Communist Party founder Mao Zedong declared: “We too shall make satellites.”

It took just over 10 years for China to launch its first satellite, the Dongfanghong-1 – The East is Red 1 – on April 24, 1970, at the peak of the chaos of the Cultural Revolution.

As scientific research suffered during this destructive period, then Premier Zhou Enlai moved the space program under the arm of the military leadership to protect it, according to state news agency Xinhua.

Aided by the economic reforms of the 1980s, China’s space program quietly progressed until the launch of the first manned mission in 2003. Since then, China has sent six crews into space and launched two space labs into Earth’s orbit.

PHOTO: STR/AFP/AFP/Getty Images
A Long March 3B rocket lifts off from Xichang, in China's southwestern Sichuan province, on December 8.

The second space lab Tiangong 2 – or Heavenly Palace 2 – was expected to return to Earth in a controlled demolition on Friday, having already exceeded its planned 2-year life span.

During its time in operation, it conducted 14 projects and hosted a team of astronauts, who took part in China’s longest-ever, 33-day long crewed space mission.

In 2013, China became only the third country to perform a successful lunar landing, after the United States and Russia, when the Yutu 1 rover touched down on the surface of the moon.

They bettered that this year when Yutu 2 landed on the far side of the moon, an achievement NASA Administrator Jim Bridenstine praised as “a first for humanity and an impressive accomplishment.”

The Yutu 2 rover’s primary purpose was research – exploring an area previously untouched by humanity and answering questions such as whether the moon’s poles have water or other resources.

In a statement, China’s National Space Administration said the landing “opened a new chapter in humanity’s exploration of the moon.”

PHOTO: WANG ZHAO/AFP/Getty Images
A guide wearing a spacesuit puts on a helmet at "Mars Base 1", a C-Space Project, in the Gobi desert, some 40 kilometres from Jinchang in China's northwest Gansu province on April 17.

There are no official public figures on China’s investment in space exploration but consulting firm Euroconsult estimates it to be about $5.8 billion (40 million yuan) for 2019.

While that’s only about a quarter of the $22.6 billion budget requested by the NASA Space Agency in the US for 2020. Despite the funding gap, China’s ambitions are no smaller than those of its US competitor.

Space has been singled out by the Chinese government in the 13th Five Year Plan as a research priority, especially deep space explorations and in-orbit space craft.

PHOTO: NASA/JPL-Caltech
Mosaic of the Valles Marineris hemisphere of Mars projected into point perspective, a view similar to that which one would see from a spacecraft. The distance is 2500 kilometers from the surface of the planet, with the scale being .6km/pixel. The mosaic is composed of 102 Viking Orbiter images of Mars. The center of the scene (lat -8, long 78) shows the entire Valles Marineris canyon system, over 2000 kilometers long and up to 8 kilometers deep, extending form Noctis Labyrinthus, the arcuate system of graben to the west, to the chaotic terrain to the east. Many huge ancient river channels begin from the chaotic terrain from north-central canyons and run north. The three Tharsis volcanoes (dark red spots), each about 25 kilometers high, are visible to the west. South of Valles Marineris is very ancient terrain covered by many impact craters.

According to Chinese state media, the government is aiming to build additional research capacity through new satellites and laboratories, as well as signing space exploration agreements with partners including Pakistan.

The architect of China’s lunar exploration program, Wu Weiren, said in March that the Chinese government would launch a Mars probe in 2020. Beijing is also planning to launch a permanent space station by 2022.

There are even preliminary plans to become the second country in the world to put a person on the surface of the moon, possibly in the 2030s.

That might seem ambitious, but space consultant Curcio said that China has been on track for its space plans. “If you look at what they were saying 10 years ago … they’ve been pretty much hitting those targets,” he said.

It it’s not only the government taking part in the space race, either.

Inspired by US pioneers such as Elon Musk’s SpaceX, China’s private space industry now boasts more than 60 companies. OneSpace became China’s first private company to launch a rocket in 2018 – the 9-meter-tall OS-X rocket which took off from a base in northwestern China – after only three years in operation.

“There is such good soil in China now,” said Mao Chao, president of OneSpace. “People are positive and enthusiastic about aerospace and the government is supporting and guiding us … China will certainly catch up with and surpass US aerospace.”

China isn’t alone in trying to rapidly advance its space program. Japan’s space agency has successfully landed rovers on the asteroid Ryugu as part of research into the formation of the solar system, while India is on the verge of becoming the fourth country to land a rover on the moon.

But it is only the US and China who are actively trying to put a person on the moon in the near future, in an echo of the Cold War rivalry between Moscow and Washington. US President Donald Trump has called on NASA to conduct another moon landing by 2024.

Curcio said that in his estimation, the Chinese space program was perhaps now only 10 to 15 years behind the US’s in terms of technology.

“They’ve caught up rather quickly,” he said.