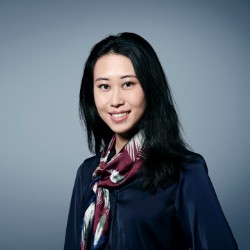 One of the world’s most unequal parliaments could be about to get a lot more female, or … maybe not.

Voting is underway in Japan’s general election, where a record number of women are running for office to fill 124 of the 245 seats in the upper House of Councilors.

Half of the upper chamber of the National Diet is elected every three years and this election includes three new seats.

Of the 370 candidates running this year, 104 – or almost 30% – are women, according to public broadcaster NHK.

The increase seems promising for advocates of gender equity. However, if the ruling Japanese Prime Minister Shinzo Abe’s ruling Liberal Democratic Party (LDP) retains it dominance, the election could result in a barely perceptible shift.

That’s because many of the female candidates are members of smaller, left-wing parties, the Constitutional Democratic Party (CDP) and the Japanese Communist Party (JCP).

The ruling LDP is fielding as many candidates as the CDP and JCP combined, but only 14.6% of their candidates are women.

That means, if the House of Councilors retains its current party makeup, women will hold around 21% of the seats, compared to 20% currently.

That’s a lot better than the 10% of women members in the lower house, which does not go to the polls until 2021.

Under the LDP and Abe, Japan has slipped to being the least representative G20 nation for women and among the worst in the world as measured by proportion of female lawmakers.

After winning re-election in 2017, Abe appointed just one woman to his cabinet, despite a promise to focus on improving the country’s gender gap through “womenomics.”

Last year, a law was passed encouraging political parties to set targets for gender parity. However, there are no incentives or penalties for parties which fail to do so.

At local level, women comprised 17.2% of large municipal assemblies and 14.9% of smaller city assemblies in December 2017. But they only made up 10.1% of prefectural assemblies and 9.9% of town and village assemblies, according to data from the Gender Equality Bureau Cabinet Office.

“Female politicians in Japan must battle against the commonplace view that politics belongs to men,” Fujie Masahiro, a section leader at the Gender Equality Bureau Cabinet Office, told CNN in March. “They also face barriers when it comes to juggling family and political life.”

Voting ends at 8 p.m. local time. Official results are not expected until Monday.

While an opposition sweep could reshape the upper house both politically and gender wise, polls suggest this is unlikely.

According to the latest Kyodo News poll, support for LDP is edging up as the campaign reaches its climax, at 31% nationally. That’s a long way ahead of the main opposition CDP, which polled just 7.2% in the news agency’s survey. Another poll by the business newspaper Nikkei also forecast a major win for the LDP.

Waqas Adenwala, an analyst with the Economist Intelligence Unit (EIU), said the LDP’s popularity had been boosted by a fractured opposition and the party’s “successful track record of economic and political stability.”

Opposition parties have attempted to balance the dominance of the LDP, which has been in power since 2012, by fielding so-called unified candidates in an attempt not to split the vote, according to Kyodo, but polling suggests this will have limited effect.

Japanese politics is still dealing with the Democratic Party’s disintegration. The onetime opposition party split for good in 2017 after years of turmoil, into the right-wing Party of Hope, led by Tokyo governor Yuriko Koike, and the CDP. Both failed to make gains in that year’s general election, splitting the anti-LDP vote and leaving Abe more powerful than ever.

The Prime Minister will be hoping the polls prove correct and that a similar pattern will play out in the Upper House, leaving him in firm control of the entire parliament and clearing the decks for his long-desired constitutional agenda.

Abe has set a deadline of 2020 to revise Japan’s pacifist post-WWII constitution, which contains language that bans the country from maintaining armed forces. It is a controversial proposal that strikes at the heart of the country’s identity.

Japan’s current constitution came into effect in 1947 after its defeat by allied forces in World War II. Article 9 of the document says that “land, sea and air forces, as well as other war potential will never be maintained.”

Despite this, Japan maintains a large military known as the Self-Defense Force. Abe and other supporters of constitutional change argue there is a contradiction between the constitution and the existence of the SDF.

“I believe that we must establish the status of the SDF explicitly in the constitution during our generation’s lifetime and leave no room for contending the SDF could be unconstitutional,” Abe said on the 70th anniversary of the constitution in 2017. “I strongly wish to make 2020 the year that the reborn Japan will make a new start.”

To call a national referendum on amending the constitution, Abe needs a two-thirds majority in both houses. He already controls the lower house, and Sunday’s vote could give him the numbers in the upper chamber as well.

But though the constitution issue has been a driving priority for Abe and the right-wing of the LDP, most other parties in parliament are fiercely opposed to changing the current document, which was formulated in reaction to Japanese expansionism and militarism before and during the war and has long been a point of pride for the country.

It is unclear whether there is much popular support for the move either. According to NHK, recent polling found around 27% in favor of amending the constitution, compared to 30% against.