Reggaeton artist Bad Bunny reportedly is leaving his European tour to join protests against the governor in his native Puerto Rico.

Bad Bunny is throwing his support behind those demonstrating against Puerto Rico Gov. Ricardo Rosselló, according to a 10-minute video he posted on Instagram.

Rosselló is rejecting calls to step down after the leak of hundreds of derisive and offensive private chat messages among himself and members of his inner circle. Protesters have taken to the streets in recent days after nearly 900 pages from the messaging app Telegram were published by The Center for Investigative Journalism.

READ MORE: These are some of the leaked chat messages at the center of Puerto Rico’s political crisis

The artist is featured on the protest anthem, “Afilando Los Cuchillos” (“Sharpening The Knives”), which was released on YouTube Wednesday by Residente from the band Calle 13. It also features iLe. 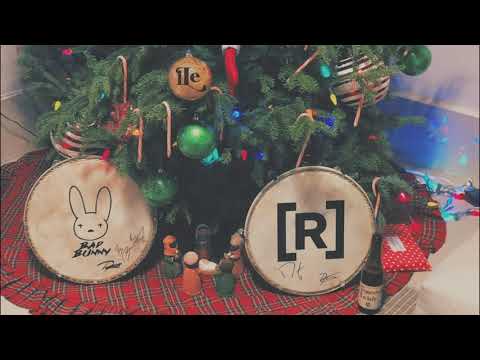 It’s just part of the fallout from the controversy that’s rocked the US territory.

Disparaging remarks were made in the chats about singer and actor Ricky Martin in the scandal that some have dubbed “RickyLeaks.”

Vulgar references to the Puerto Rican star’s sexuality were made by Christian Sobrino Vega, who was Puerto Rico’s chief fiscal officer at the time, and Rosselló’s representative on the federal board responsible for managing Puerto Rico’s financial crisis.

“Nothing says patriarchal oppression like Ricky Martin,” Sobrino Vega wrote. “Ricky Martin is such a male chauvinist that he f—- men because women don’t measure up. Pure patriarchy.”

Martin has condemned the remarks and called for Rosselló’s resignation.

Martin on Tuesday tweeted a video of himself in which he wrote, in Spanish, “See you tomorrow at the march at 5pm in front of the Capitol.”

“Hamilton” creator Lin-Manuel Miranda, who also is mentioned in the chats, tweeted Tuesday in response to a question about the behind-the-scenes workings of the production in January of the hit musical in San Juan, Puerto Rico, to raise money for Hurricane Maria recovery.

#HamiltonPR was a triumph. We did what we set out to do: raised 15 million for arts on the island, gave the tourism economy a boost—AND we rebuilt the UPR theater.
While the governor and his buddies tried to claim some credit for it in their sad little chat. https://t.co/80Hj1I5KTX

“#HamiltonPR was a triumph. We did what we set out to do: raised 15 million for arts on the island, gave the tourism economy a boost—AND we rebuilt the UPR theater,” Miranda tweeted. “While the governor and his buddies tried to claim some credit for it in their sad little chat.”