IHOP celebrates its 61st birthday Tuesday, capping off a momentous year that introduced a fake name change and a new menu item.

The breakfast chain is commemorating its anniversary by selling a stack of its signature buttermilk pancakes for 58 cents, a nod to its founding in 1958. The deal is available Tuesday only from 7 am to 7 pm at IHOP’s restaurants in the United States.

The company has a lot to celebrate. Last year, sales at IHOP stores open a year or more grew 1.5% last year. That growth continued, according to its most recent earnings report. The restaurant is owned by Dine Brands (DIN), a California-based company that also operates Applebee’s.

The nostalgia-inducing promotion is meant to celebrate International House of Pancake’s history.

IHOP was founded by two brothers, Al and Jerry Lapin, who discovered “inspiration in the tropical tastes of coconut syrup and dreaming up the idea of a local restaurant centered around pancakes,” according to IHOP. The first restaurant opened in a suburb of Los Angeles.

The company said IHOP was a popular hotspot for Hollywood stars, including Doris Day, Milton Berle and Jimmy Stewart.

IHOP celebrated its fifth anniversary of its original location in 1963 with a plaque.
IHOP

IHOP went by its full name, International House of Pancakes, until 1973. That’s when it began using its now-familiar acronym.

IHOP restaurants were recognizable by their A-frame roofs. But that style of building was discontinued in 1978. The company brought back the A-frame at some of its restaurants in 2006.

IHOP's classic A-frame design was phased out in 1978 but has since made a comeback.
IHOP

IHOP began using actor Cliff Bemis in its commercials until the mid-1990s. 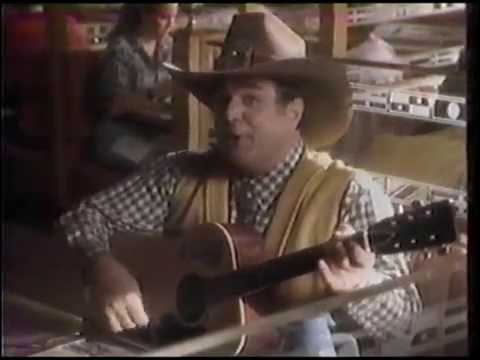 That same year, IHOP also rolled out the “Rooty Tooty Fresh ‘N Fruity” breakfast deal, which included pancakes topped with fruit. The commercials showed people dressed in Groucho Marx face masks because they were too embarrassed to say the silly name out loud.

IHOP began trading on the Nasdaq stock exchange under the “IHP” symbol. It switched to the New York Stock Exchange in 1999. IHOP changed its parent company’s name to Dine Brands in 2007 when it bought Applebee’s.

IHOP rebranded itself with a smile in its logo to reflect a more “playful” appearance. Its restaurants were remodeled too. IHOP now has nearly 1,800 restaurants globally, including the United States, United Arab Emirates, the Philippines and Kuwait.

IHOP achieved viral notoriety when it jokingly changed its name to IHOB, with the “B” standing for burgers. The promotion sparked an increase in sales, which totaled $3.1 billion in 2018.