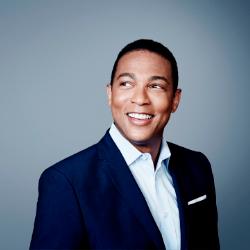 R. Kelly began paying thousands of dollars in 2001 to recover videotapes of himself having sex with teenage girls, federal prosecutors said.

Kelly was arrested in Chicago Thursday night and is expected to remain in custody at least until Tuesday.

He briefly appeared in a Chicago federal court Friday, wearing an orange prison jumpsuit. US Magistrate Judge Sheila Finnegan delayed a decision on whether Kelly should be taken to New York and face charges there until he is arraigned in Chicago.

Following the hearing, Kelly’s attorney Steve Greenberg said his client should get bail on the charges he faces out of Illinois and New York.

“He’s certainly not a flight risk, he’s not a danger to anybody at all,” Greenberg told reporters outside the courtroom.

A 13-count indictment released Friday in the Northern District of Illinois accused Kelly of videotaping himself having sex with at least four girls under the age of 18 beginning in 1998.

A few years later, after Kelly learned that some of those videos were missing from his “collection,” he and others began paying “hundreds of thousands of dollars” to several people to recover them, the indictment says.

Related Article What we know about the allegations against R. Kelly

When they recovered the videos, the indictment states that Kelly and his associates directed people to take polygraph tests to ensure they had returned all copies of the videotapes.

Prosecutors allege Kelly and his former business manager, Derrel McDavid, facilitated a trip abroad in 2002 for a girl and her parents to make them unavailable to law enforcement. They also gave them gifts, including a GMC Yukon Denali SUV, and money for over a decade to lie to investigators and conceal the girl’s sexual relationship with Kelly, the indictment said.

A separate five-count indictment in the Eastern District of New York accused Kelly of sexual exploitation of a child, kidnapping, forced labor and violations of the Mann Act involving the coercion and transportation of women and girls in interstate commerce to engage in illegal sexual activity from 1999 to the present.

“R. Kelly’s Enterprise was not only engaged in music; as alleged, for two decades the enterprise at the direction of R. Kelly preyed upon young women and teenagers whose dreams of meeting a superstar, soon turned into a nightmare of rape, child pornography and forced labor. The musician turned predator allegedly used his stardom to coax some victims into nefarious sex acts while certain members of his enterprise calculatingly facilitated the aberrant conduct,” Homeland Security Special Agent-in-Charge Angel Melendez said in a statement.

Kelly has vehemently denied allegations of sexual misconduct in the past.

The accusations in the New York indictment detail alleged incidents in four states: Illinois, Connecticut, California and New York. There are five Jane Does referenced throughout, including three minors. Kelly is the only defendant in the indictment filed July 10.

The indictment also alleges he exposed at least one individual to a sexually transmitted disease without disclosing it.

Kelly’s lawyer says he will be vindicated

Related Article R. Kelly: 'I have been assassinated'

Kelly’s attorney said the allegations appear to be the “same as the conduct previously alleged against R. Kelly in his current state indictment and his former state charges.”

“He and his lawyers look forward to his day in court, to the truth coming out and to his vindication from what has been an unprecedented assault by others for their own personal gain,” attorney Steve Greenberg said Friday in a statement. “Most importantly he looks forward to being able to continue making wonderful music and perform for his legions of fans that believe in him.”

Kelly had been out on bond from state charges in Illinois.

The singer is being held in the federal Metropolitan Correctional Center in Chicago, according to US Bureau of Prisons records.

Authorities allege Kelly and other members of “the Enterprise” — described in the New York indictment as Kelly plus his managers, bodyguards, drivers, personal assistants and members of his entourage — arranged for the women and girls to travel out of town to see Kelly on occasion, including at concerts.

When the women arrived at the lodging they were usually provided with instructions, and Kelly created numerous rules that his sexual partners were required to follow: They could not leave their rooms without Kelly’s permission, including to eat or go to the bathroom; they had to wear baggy clothing when not accompanied by Kelly; they could not look at other men and they had to address Kelly as “Daddy,” the indictment said.

It’s alleged Kelly and his associates obtained sensitive information about members and associates of “the Enterprise” to maintain control over them, demanded absolute “commitment” to Kelly, and isolated women and girls from friends and family, making them dependent on Kelly for their financial well-being.

Until Thursday, Kelly was free on a $1 million bond set in February.

He has faced accusations of abuse, manipulation and inappropriate encounters with girls and young women for more than two decades and has been on trial before.

In 2002, Cook County authorities indicted Kelly on 21 charges related to child pornography. A jury acquitted him of all charges when the case was finally tried in 2008.

Interest in the case against Kelly was revived last year when the documentary series “Surviving R. Kelly” aired on Lifetime.

R. Kelly: We're going to straighten all this out

Last February, he was charged with 10 counts of aggravated criminal sexual abuse involving four alleged victims, including three who prosecutors say were underage girls. The charges span from 1998 to 2010. Kelly pleaded not guilty.

He posted the $100,000 bail and left Chicago’s Cook County Jail less than three days after he was arrested. He was arrested and jailed again in March for failure to pay his ex-wife child support of $161,000.

Two of Kelly’s former employees were charged in Chicago.

Kelly and McDavid paid hundreds of thousands of dollars to a person identified only as “Individual B” to retrieve sex videos that went missing in 2001 from Kelly’s personal collection, the indictment said.

When Individual B announced plans for a news conference in June 2008 to announce he possessed sex videos of R. Kelly, he was paid $170,000 to cancel the news conference, the indictment says.

According to the indictment, Kelly and McDavid paid at least one of the girls shown in sex tapes, identified as Minor No. 1, to give false testimony to the grand jury. The two men paid $250,000 to Minor No. 2 to return the video showing her and Kelly having sex, the indictment said.

The other employee charged is Milton “June” Brown, 53. He was charged with one count of conspiracy to receive child pornography and is scheduled to appear in court June 19.

’Where’s my daughter at?’

Kelly’s publicist, Darrell Johnson, was taking questions at a news conference in Atlanta Friday morning when the family of Joycelyn Savage, 23, one of Kelly’s girlfriends, started yelling, “Where’s my daughter at, answer that question!”

Timothy Savage, Joycelyn Savage’s father, said Friday that he hasn’t seen his daughter since 2016 and hasn’t spoken to her since a July 2017 conference call, in which she asked them to stop trying to contact her.

“We want answers and we want them now,” Timothy Savage said.

He and other parents allege Kelly has controlled their daughters’ lives and manipulated them into cutting off contact with the outside world, including their families.

“I know nothing,” Johnson said to the family. He promised to meet with them privately after the news conference.

Johnson said Kelly is innocent and that the indictments were a rehash of previous charges.

“This is nothing new. We expected this to happen,” Johnson said.

This story has been updated to include specific charges from the two indictments.