As Pelosi and Ocasio-Cortez battle in the House, liberals dominate 2020

This weekend, the Democratic Party’s infighting spilled over onto the pages of the New York Times’ opinion section. House Speaker Nancy Pelosi went after Reps. Alexandria Ocasio-Cortez of New York, Ilhan Omar of Minnesota, Ayanna Pressley of Massachusetts and Rashida Tlaib of Michigan for not coming to the bargaining table on how to deal with the crisis at the border.

The four freshmen – all of whom won contentious primaries – have a reputation for not compromising, becoming thorns in the side of Pelosi, who is trying to keep her majority together.

But while it would be easy to dismiss this progressive “squad” of four – vastly different from most of the Democrats who helped win back the House last year – as electorally inconsequential, the Democratic presidential primary shows the left may be far more powerful than these House dynamics have let on.

Why can't AOC and Nancy Pelosi just get along? 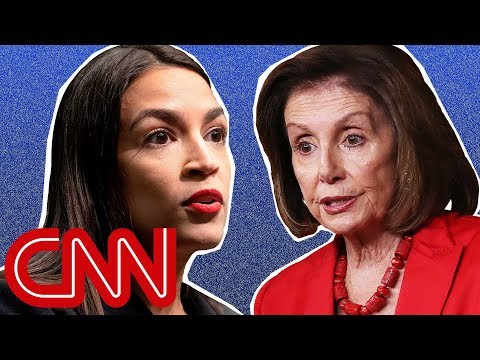 Ocasio-Cortez, Omar, Pressley and Tlaib are, to put it mildly, something very different than the average Democrat. There can be little doubt that their roll call vote records have set them apart from their House caucus. Take a look at the second dimension of DW-Nominate (using these vote records), which, in recent years, can be used to distinguish members along an insider (+1.0)/outsider (-1.0) or compromise line.

Ocasio-Cortez, Omar, Pressley and Tlaib all have scores of -0.9 or less and measure the closest scores to -1 (anti-compromise) of any of the House Democrats.

What Pelosi really cares about is the 43 House members who won seats from Republicans last year – the members who gave Pelosi her majority.

Among this group of 43, the vast majority (37) have positive second dimension DW-nominate scores. The average (and median) is +0.4 in this group – meaning they are much more open to compromise than the average House Democrat, as well as much more so than the likes of Ocasio-Cortez, Omar, Pressley and Tlaib. It’s not a surprise which side Pelosi has been taking.

The fact that this group is more open to compromise makes a lot of sense when you look at the districts they represent. Democrat Hillary Clinton won the average district of these 43 Democrats by about 1 percentage point, meaning these lawmakers represent areas right in the center of the electorate.

So what does this mean for 2020? You might expect the Democrats running for president to move toward the center like this group of 43. After all, to win the presidency, you have to be able to win in places that fall in the center (and perhaps a little right of center given a possible electoral college/popular vote split).

The left, though, may be winning the presidential battle. With the exception of former Vice President Joe Biden, the leading Democrats for president have very liberal voting records.

In general – and as I’ve noted before – the Democratic field is considerably more left of where past nominees have been ideologically.

The Point: Joe Biden missed 1 big thing in his critique of AOC

We can see this using a somewhat different metric (a modified Nokken-Poole first dimension estimate averaged over the last three Congresses before candidates’ presidential runs) that uses roll call votes, in which 0 is most liberal and 100 is most moderate.

Clinton, John Kerry and Barack Obama all had scores between 60 and 70 from their tenures in the Senate. That’s right about where the current average House Democrat sits, and a touch to the left of where the average of the group of 43 Democrats are.

On this same scale, California Sen. Kamala Harris gets a 31, Vermont Sen. Bernie Sanders earns a 16 and Massachusetts Sen. Elizabth Warren clocks in at a 27. Only Biden, with a 70 on this scale, looks like the past nominees.

But given Biden’s recent faltering in the presidential race, he may not hold on for long.

Despite moderate Democrats holding power in the House, Democratic voters may be ready to hand the keys to a much more liberal presidential candidate this election.