Amash: Pelosi is ‘making a mistake’ on not starting impeachment proceedings against Trump 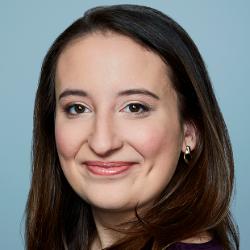 Newly independent Rep. Justin Amash said in an interview Sunday with CNN that House Speaker Nancy Pelosi is “making a mistake” in not beginning impeachment proceedings against President Donald Trump.

Amash was the only congressional Republican to publicly argue that the President has engaged in impeachable conduct before announcing he was leaving the Republican Party on Thursday. He told CNN’s Jake Tapper on “State of the Union” Sunday that the California Democrat needs to be clear in her message and if she believes there is impeachable conduct, she should say so.

“From a principled, moral position, she’s making a mistake. From a strategic position, she’s making a mistake,” Amash said. “If she believes, as I do, that there’s impeachable conduct in there, then she should say so. She should tell the American people, we’re going to move forward with impeachment hearings and potentially articles of impeachment.”

Amash continued: “When she says things like, ‘Oh, I think that we need to have the strongest case before we go forward,’ what she’s telling the American people is, she doesn’t think there’s a strong case. If she doesn’t think that, then she shouldn’t open her mouth in the first place and say she thinks there’s impeachable conduct.”

Related Article List: The 80 House Democrats calling for an impeachment inquiry into Trump

Pelosi told CNN’s Manu Raju in an interview last month that moving forward on impeachment proceedings against Trump is “not off the table,” but that she continues to oppose formally opening the process.

Amash said that he believes there’s a strong case for impeachment following special counsel Robert Mueller’s investigation into Russian meddling in the 2016 election, and he told Tapper that he thinks Pelosi believes the same.

CNN’s interview with Amash comes days after the once Republican announced in a Washington Post op-ed that he was quitting the GOP – a decision that follows Amash’s criticism not just of Trump but of his colleagues for what he has deemed a failure to hold the President to account, specifically for the actions detailed in Mueller’s report.

Amash said Sunday that he thinks “less than 15%” of congressional lawmakers have read the Mueller report, adding that, if legislators read it, he thinks, “a large number of them would reach the same conclusion” as he did on impeachment.

He told Tapper that “we’re going to have a big problem” if Pelosi doesn’t move forward with impeachment proceedings.

Eli Watkins contributed to this story.