Actor Cameron Boyce was known for his roles in the Disney Channel movie franchise “Descendants” and the TV show “Jessie.”

But even before he was Carlos, the teenage son of Cruella de Vil, or the mischievous Luke Ross, Boyce was already a veteran in show business.

Here are 10 things you may not know about the late actor, who died at age 20 after a seizure resulting from an ongoing medical condition, his family told CNN on Sunday.

He got his big break at 8 years old

Panic! At The Disco: That Green Gentleman [OFFICIAL VIDEO] 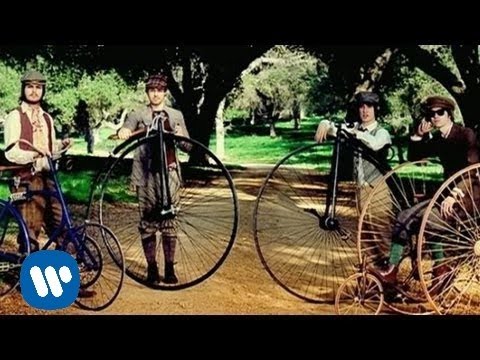 Boyce was 8 when he appeared in the 2008 music video for the Panic! at the Disco song “That Green Gentleman (Things Have Changed).” He played guitarist Ryan Ross as a child.

He acted in a soap opera

He made his film debut in a horror movie

In addition to his music video and TV appearances, he made his debut on the big screen in the horror movie “Mirrors” alongside Kiefer Sutherland in 2008. He was 9 years old when the film hit theaters.

He worked with other big names, too

Boyce went on to work with Shia LaBeouf in “Eagle Eye” and with Adam Sandler in “Grown Ups” and “Grown Ups 2.”

“Too young. Too sweet. Too funny. Just the nicest, most talented, and most decent kid around. Loved that kid. Cared so much about his family. Cared so much about the world. Thank you, Cameron, for all you gave to us. So much more was on the way. All our hearts are broken. Thinking of your amazing family and sending our deepest condolences,” Sandler wrote.

He won a Young Artist Award

In 2012, Boyce was part of an ensemble cast that won a Young Artist Award for best performance in the film “Judy Moody and the Not Bummer Summer,” based on the book series by Megan McDonald.

He had a role in a ‘Spider-Man’ crossover

Boyce voiced Luke Ross in a crossover episode of the “Ultimate Spider-Man” animated series and the Disney Channel show “Jessie.” The episode, called “Halloween Night at the Museum,” first aired on Disney Channel in 2014.

He also voiced a ‘Spider-Man’ villain

He was a humanitarian

Cameron Boyce arrives at WE Day California 2019 on April 25. The event celebrated young people who worked on charitable causes.
Sthanlee B. Mirador/Sipa/AP

Boyce received the Pioneering Spirit Award at an annual gala for the Thirst Project, a non-profit organization that helps deliver clean water to communities around the world. He helped raise more than $30,000 for the organization to build two wells in Swaziland, according to his family.

“Often referred to as an old soul, Cameron was an actor and philanthropist who has used his celebrity and reach to implement change and advocate for those in need without a voice,” a spokesperson for his family said.

Boyce also advocated for the fight against homelessness, his family said.

He won a Daytime Emmy

He appeared with his grandmother Jo Ann Boyce, who was one of 12 black students who desegregated a public school in Clinton, Tennessee.

He had a lot ahead of him

Boyce had several projects in the works before his death.

He again played the role of Carlos in third installment of the Descendants franchise, which is set to premiere on August 2.

He also had plans to venture outside of Disney. He was due to appear in the upcoming HBO comedy series “Mrs. Fletcher” and was cast in the leading role of Cal in the indie feature “Runt.”