‘Spider-Man’ stars are do-gooders in real life, too

Taking a break from crime-solving, your friendly neighborhood Spider-Man, Tom Holland, proved he knows another way he can use his powers for good.

The actor, along with his “Spider-Man: Far From Home” co-stars Zendaya and Jake Gyllenhaal, visited Children’s Hospital Los Angeles last week to give patients and their families a special screening of their new movie.

Holland donned his Spidey suit and performed flips and tricks for the kids while Gyllenhaal, who joins the franchise as Mysterio, also came in costume.

Zendaya and Tom Holland with a young patient
CHLA

The trio also signed autographs and took selfies with patients and guests. 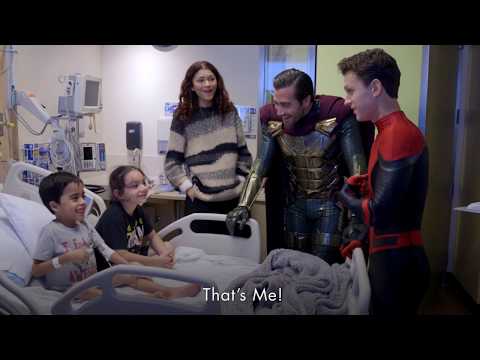