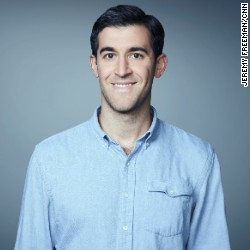 Presidential candidate Jay Inslee was not happy when the Democratic National Committee shot down his request to hold a climate crisis-focused debate.

But as 20 Democrats take the stage this week for two nights of presidential debates, the global climate emergency will be difficult for candidates to ignore.

The debates are being held in Miami, one of the major cities most vulnerable to the effects of the climate crisis.

Unlike in past primaries, many Democratic contenders are treating the climate crisis as a major campaign issue.

Inslee’s entire campaign is built around taking on the climate crisis, and all of the Democratic field agrees that something must be done immediately to address the threat.

Many leading Democrats have said they support the Green New Deal, an ambitious and sweeping set of policy proposals to address climate change, or have proposed similar plans.

RELATED: Here is what Elizabeth Warren, Beto O’Rourke and others aim to do at Wednesday night’s debate

But for Floridians who will be tuned into the debates, the effects of this climate emergency aren’t confined to scientists’ end-of-the-century projections.

They are being felt across the state right now.

Sea levels are rising – and so are the costs

Just across the intracoastal waterway from the Adrienne Arsht Center for the Performing Arts, where the debates will be held, are the lively beaches and iconic Art Deco buildings of Miami Beach.

But these days, the city is just as well-known as ground zero for the impacts of sea level rise. Even the mayor, Dan Gelber, describes it as the “canary in the mine shaft.”

All of Miami Beach is low-lying, but parts are just a foot or two above sea level, making it prone to flooding during storms and extreme high tides, according to Miami Beach City Manager Jimmy Morales. Add the estimated 9 inches that sea levels have risen in the region in the past 100 years, and you have a recipe for costly flooding.

Then there is the problem of the very ground on which Miami Beach and much of South Florida sits.

Made from the remnants of ancient coral reefs, the porous limestone beneath the region is not unlike Swiss cheese, with natural underground “pipes” that allow water to bubble up to the surface, according to Jayantha Obeysekera, director of Florida International University’s Sea Level Rise Solutions Center.

A man tries to jump to a shallow spot while crossing a flooded street on Miami Beach during the 2015 king tide floods.
PHOTO: Joe Raedle/Getty Images

This geology, combined with sea level rise, has left parts of Miami Beach, Miami and other parts of South Florida dealing with flooding – even on days when there is no rain in the forecast.

“We always had flooding when you had a big rainfall in the tropics, but never did we have what we call ‘sunny day flooding,’ ” said Morales, who was born and raised in Miami Beach. “The skies are blue, it’s a gorgeous day, and yet water is coming up out of the drains and percolating up through the ground, and you see inches of water in the streets.”

Coastal areas in New England are bracing for the high tide that is scheduled to be at it's highest as seen in Scituate, Massachusetts before receding to lower tide until night fall on March 2, 2018. High winds, rain and flooding is taking place in Scituate and the surrounding coastal areas of Massachusetts as a storm known as a 'bomb cyclone' makes it way past the East Coast. / AFP PHOTO / RYAN MCBRIDE (Photo credit should read RYAN MCBRIDE/AFP/Getty Images)
PHOTO: RYAN MCBRIDE/AFP/Getty Images

Cities are taking action to address these flooding issues, but the costs are steep.

Miami Beach is spending $500 million to address the most vulnerable parts of the city by raising roads and installing pump stations to shore up flood-prone areas.

Miami voters passed a $400 million bond measure, of which nearly $200 million will go toward solutions for sea level rise and flood prevention.

But those millions will fund only a fraction of the work that needs to be done, with sea levels projected to rise as much as 6 feet by 2100.

And if the rise continues to accelerate, as some studies have shown, it’s unclear how long South Florida can engineer its way out of this problem.

“There’s a tipping point at which those solutions might not work,” Obeysekera said. “But it is very difficult to predict when that tipping point is, so I think it’s prudent to look at how long we can buy with these solutions.”

Sea level rise is hardly the only danger the climate crisis poses across the state.

A toxic red tide that began in 2017 choked Florida’s waters for more than 15 months, killing wildlife, causing respiratory problems for people and costing the state’s tourism and fishing industries millions of dollars.

Red tide is nothing new in Florida, but warmer waters due to climate change and nutrient runoff from farms are probably exacerbating the problem.

Waste disposal has also become, well, a big mess. Florida has an estimated 2.6 million septic tanks, representing 12% of the total number in use across the country, according to the Florida Department of Health. But as sea levels rise due to climate change, water table levels underground are also rising, meaning many septic tanks are unable to properly treat waste before it flows into the groundwater supply.

The health risks of drinking contaminated water are huge, as are the costs of fixing the problem. A 2018 report showed that the cost of switching all of Miami-Dade County from septic tanks to a sewer system would be approximately $3.3 billion.

Then there are the storms.

If the climate crisis wasn’t a top issue for Democratic voters in past elections, new CNN polling shows that it’s a priority now.

An April CNN poll of potential Democratic voters found that 82% considered it “very important” for the party’s presidential nominee to back aggressive action to slow the effects of climate change.

For whichever candidate eventually secures the Democratic presidential nomination, their plans to address voters’ climate concerns could be critical to winning Florida, and many other states.