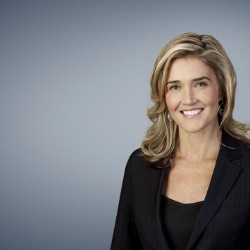 A day after organizers said 2 million Hong Kongers took to the streets to march against an extradition bill with China, one of the city’s pro-democracy icons has been released from prison.

Joshua Wong walked free Monday after serving one month of a two month sentence related to protests in 2014.

“It’s really good timing to join the fight for freedom and democracy,” he told CNN after his release. “Five years ago after the end of the Umbrella Movement, we claimed we would be back. Yesterday 2 million people came to the streets … it shows Hong Kong people realize this is a long term battle.”

“Why did Carrie Lam need to wait to suspend the bill until 1 million people came to the streets, it’s because she’s not elected by the people of Hong Kong,” he said. “It’s time for her to step down.”

Wong added that he thought Beijing too must be looking at the chaos in Hong Kong – amid the US-China trade war and other headaches for President Xi Jinping – and wondering about Lam’s future.

“Hong Kong is just a small international city with seven million citizens, but two million people came to the streets, it shows that we have the consensus,” he said. “She has to end her political career.”

Wong predicted that if the bill is not fully withdrawn and key officials resign, then protests could continue, particularly on July 1, the anniversary of the city’s handover from British to Chinese rule and a key annual date for pro-democracy marches.

One of Wong’s first actions Monday was to pay his respects at a memorial in Admiralty, near the main site of the protests, where a man fell to his death Saturday after climbing a shopping mall and displaying signs calling for the withdrawal of the extradition bill.

Hong Kong pro-democracy activist Joshua Wong (left), who was just released from jail, walks past flower tributes at a makeshift memorial site for a protester who fell to his death while hanging banners against a controversial extradition law proposal on June 15, in Hong Kong on June 17, 2019.
PHOTO: DALE DE LA REY/AFP/AFP/Getty Images

Wong’s political party, Demosisto, has been among several youth groups – all of which have their roots in the 2014 Umbrella Movement – playing a big role in the protests against the extradition bill, which have been ongoing for weeks.

In a statement Saturday after Lam said she was suspending passage of the controversial bill. Demosisto said Hong Kongers should “demand that the bill be shelved for good, stand against political prosecution of protesters, condemn police brutality, and call for Lam’s resignation.”

“That Lam continues to blame the bill’s widespread opposition as a result of Hong Kongers’ misunderstanding of it is also condescending,” Demosisto said Saturday. “Our movement may have won a battle, but the war is not yet over. We urge the international community not to turn away.”

Wong appeared cognizant of that community in his statements Monday, speaking in Cantonese, English and Mandarin. He also thanked supporters in Taiwan, where the Hong Kong protests have become a major issue in the island’s presidential election, creating yet another headache for Beijing.

Born in 1996, eight months before control of Hong Kong was handed over from the UK to China, Wong has spent most of his adolescence and all of his early adulthood fighting for the city’s rights against what he and others say is increasing encroachment by Beijing.

A student leader during 2014’s Occupy protests – which called for universal suffrage in Hong Kong – Wong became something of an international figurehead for the movement, and even appeared on the cover of Time magazine. His role in the protests later became the subject of the 2017 Netflix documentary, “Teenager vs. Superpower.”