Indian farmers are using the sun to help water their crops 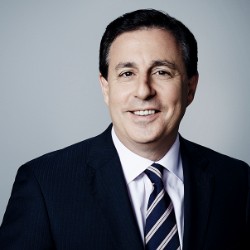 Hundreds of millions of people in India depend on farming for their livelihoods, but widespread droughts in recent years mean they often struggle to find enough water for their fields.

A company called Khethworks is trying to fix the problem by harnessing one of the causes — the intense sunlight that’s in plentiful supply almost all year round.

Khethworks has developed a solar-powered irrigation system that allows farmers to water their crops without depending on seasonal rains or expensive fuel.

“Solar is a great fit with irrigation, because on days that plants need the most water, you get the most water out of the pump,” co-founder and CEO Katie Taylor said in an interview with CNN Business.

PHOTO: Jim Cole/AP
FILE - In this Jan. 20, 2015 file photo, a plume of steam billows from the coal-fired Merrimack Station in Bow, N.H. Earth is likely to hit more dangerous levels of warming even sooner if the U.S. pulls back from its pledge to cut carbon dioxide pollution because America contributes so much to rising temperatures, scientists said. (AP Photo/Jim Cole, File)

Related Article More bad news for coal: Wind and solar are getting cheaper

India’s monsoon season lasts only about four months. During the rest of the year, farmers are forced to find other ways of irrigating their crops. They often turn to diesel pumps that can cost up to 10,000 rupees ($150) per season to run, Taylor explains.

That’s a large expense in a country where the average annual wage is less than $2,000. Many of the small farmers that use the Khethworks system make even less.

“They simply can’t afford the fuel it takes to irrigate in the summer season, when it’s very hot,” Taylor said. “But the problem is, that’s also when crops get the highest prices at market.”

Khethworks began life as a project at the Massachusetts Institute of Technology (MIT) and was registered as a company in Pune, a city 90 miles southeast of Mumbai, in 2016.

It’s a good time to be in the solar business in India. Many parts of the country get close to 300 days of sun a year, and the government led by Prime Minister Narendra Modi has been advocating a big push into renewable energy.

India’s solar energy capacity has gone from less than four gigawatts in 2015 to nearly 30 gigawatts — about 8% of its total energy capability. The government is aiming for 100 gigawatts of solar power by 2022.

While Khethworks is not a cheap option — it costs about $540 to build and install the system — Taylor says it is more affordable in the long run because farmers do not have to keep paying for fuel. The company is also working with financing partners on payment plans that will spread out the cost.

The small portable pumps can also offer farmers an alternative income stream when they’re not using them. Taylor says she’s seen farmers using them for construction, or renting them out to neighbors.

“Our number one motive is simply to enable small holder farmers to grow more, earn more, and provide more for their families and their communities,” she says.