If you’re in the United States or Canada, you may have seen the intricately designed Google Doodle above.

The doodle was designed by Ojibwe artist Joshua Mangeship Pawis-Steckley.

“When I heard the Doodle was about the Jingle Dress Dance, I was eager to get started,” he told Google. “Watching the dancers at pow wow is one of my favorite things to do.”

Pawis-Steckley wanted people to recognize that “Anishinaabe culture is beautiful. That indigenous women are strong and resilient, and the voice of our future,” he told Google.

Here’s what to know about the Jingle Dress Dance.

The dance originated in the 1920s

The story of the Jingle Dress Dance traces to the 1920s with the Ojibwe tribe around Wisconsin, Minnesota and Ontario, according to Google’s explanation.

Most versions of the story include an Ojibwe man who had a vision about receiving instructions for a particular dress and dance that would help heal a young girl who was sick, according to Indian Country Today. In some versions, the girl is his daughter.

The man fashioned together hundreds of metal cones and sewed them onto a dress so they’d produce a jingling sound. He then taught the girl an accompanying dance, which involved her always keeping one foot on the ground.

As the story goes, the girl was cured of her illness and, once she got better, she taught her friends to make the dresses. Together, they formed the first Jingle Dress Dance Society.

There’s a competitive circuit for it 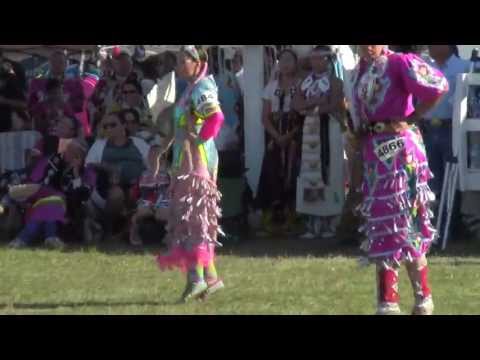 The Jingle Dress Dance grew popular through the 1950s, despite a 1921 Office of Indian Affairs policy statement banning indigenous dances and religious ceremonies. It made a comeback in the 1980s, when pow wows expanded and became more formalized through competitive events.

Choreography and dress design have evolved over the years, but the jingling sound remains, Google’s explanation notes. The footwork has grown increasingly intricate and often involves years of practice. Dresses vary in length and are often made by the dancers themselves, who are taught by relatives or tribal elders.

The dance lives on in events across Canada and the United States. It will be performed this weekend at the Mille Lacs Band of Ojibwe Grand Celebration Pow Wow in Hinckley, Minnesota.