Three years after the Pulse shooting, she remembers every moment 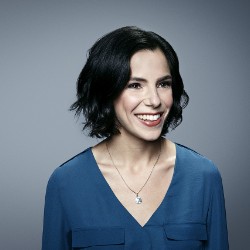 Editor’s Note: CNN’s “Life After” digital video series looks at what life is like after a personal tragedy or change, from losing a spouse to declaring bankruptcy.

The energy in the club that night was infectious. Drag queens dressed as Beyonce and J-Lo performed under throbbing lights. Club goers swayed in a Caribbean aura out on the patio. Hip hop music blasted from another room. The shoes and the makeup and the clothes – all of it seemed so glamorous to Patience Carter and her friends.

It was close to 2 a.m. before the three were ready to head back to their Florida vacation house. Tiara Parker took out her phone as Carter sat with Tiara’s cousin Akyra.

“How are we getting home?” Carter asked.

Akyra Murray was 18. That night she became the youngest victim of the Pulse nightclub shooting.

“I remember looking down at my legs … how bloody they were, how gritty they were,” she says. “I couldn’t believe that those were my legs.”

A bullet had entered her right leg above the knee and shattered her femur. A second one hit her left thigh and left a flesh wound. She would need two months of intense physical therapy before she could walk without assistance, and would have a bad limp for close to a year.

Heavy sedation kept Carter’s physical pain at bay for a while. But it couldn’t stop the grief. Or the guilt. When a hospital nurse discovered Carter watching the news in the middle of the night, she gave her a small journal and told her to start writing.

The guilt of feeling grateful to be alive is heavy.

Wanting to smile about surviving,

but not sure if the people around you are ready.

As the world mourns the people killed and viciously slain,

I feel guilty about screaming about my legs in pain because I can feel nothing,

like the other 49 who weren’t so lucky to feel the pain of mine.

Patience Carter is overcome with emotion after speaking to the media from the hospital on June 14, 2016.
PHOTO: Joe Raedle/Getty Images North America/Getty Images

Carter kept going over the shooting in her head. Unlike some survivors, her mind hadn’t defensively blocked the details. She remembered everything.

She remembered scooting around on the floor trying to find cover as bullets flew.

She remembered getting separated from Tiara.

She remembered making it outside with Akyra, only to head back into the club together to look for Tiara.

She remembered hiding in the bathroom. And the gunman coming in.

She remembered the last time she saw Akyra conscious, on the phone with her mom. Bleeding.

At the hospital, Carter struggled to even be in the same room with Akyra’s little sister. “Just looking at her reminded me of the fact that Akyra wasn’t here and (her sister) was going to have to grow up without her.”

Forty-nine people were killed when a man opened fire with an assault-style rifle in an Orlando gay nightclub on June 12, 2016. Another 53 were injured. It was the deadliest mass shooting by a single person in modern US history.

Edwin Rodriguez writes the names of the victims of the Pulse shooting in the front of the nightclub in June 2016 in Orlando, Florida.
PHOTO: Gerardo Mora/Getty Images

In the three years since Pulse, eight of the deadliest mass shootings in the US have occurred.

The number of survivors – from those who were at the scene, to the family and friends left grieving – is nearly impossible to quantify. In the immediate aftermath of a mass shooting, cameras swarm and interest is intense. But as years pass, survivors see their stories told less often. Politicians’ promises dwindle. The general public moves on, even if they can’t.

The aftermath of trauma

These days Carter tries not to think about the shooter at all. She believes in God, and though she doesn’t understand why He allowed this to happen, she tries to trust that there’s some greater purpose to all this pain.

“I have to hang on to that hope,” she says. “Even if I’m wrong… with the increase in random acts of violence, the increase in terrorist attacks, increase in mass shootings. If I die and the world is still that horrible, at least I didn’t have to live with that fear.”

It’s taken her a long time to get to this place of acceptance. After the shooting she was just mad. Mad that she couldn’t go the bathroom by herself. Mad that she and her friends had chosen Pulse in the first place. Mad that Akyra wasn’t still here.

Silencing the lies: The victims of conspiracy theories

Conspiracy theorists took their own emotional toll. Ugly and evil: These are the words Carter uses to describe the people who lied to the world in the days and weeks after the shooting – saying Carter had never been shot; that she was a crisis actor. She spent hours fighting them online before she realized she was never going to win.

Today, when she finds herself complaining about the small things, she reminds herself that she could be paralyzed. Or dead. Her fiancé helps. She and Alex, Akyra’s older brother, became close after the shooting. His strength and compassion lifted Carter up on her darkest days. He proposed in March 2018 at a Miami Heat game, and they’re getting married in August. If there’s one thing the shooting has taught Carter, it’s that having your family around matters.

Patience Carter and her fiance, Alex, are getting married in August.
PHOTO: Wakeen Gibson

She’s writing a book called “Survive Then Live: The Patience Carter Story” and became e a certified trauma professional so she can help others through post-traumatic stress. Her leg still hurts, every day, but her Instagram is full of motivational messages and photos from the gym.

“I want to leave behind a legacy that people can talk to their kids about. You know I want them to be able to say … This girl, she went through things that were horrible but she still persevered,” she says. “I want to be the type of person that people want to aspire to be.”