The Tony Awards are better than the Oscars, Emmys and Grammys. Here’s why you should watch Sunday

Broadway’s biggest night should belong to everyone.

No other awards show comes close to the Tonys’ unbridled joy in sharing its art. Even Disney princesses are welcome.

And even if you’re staunchly anti-musical, consider giving Sunday’s 73rd annual ceremony a look. You might find you’re gonna like it here. There are many reasons why:

Broadway stars can gloss over flubbed lines or missed cues so well you’d never notice unless you wrote the show yourself.

Of course, a dead microphone (for none other than Sir Elton John) and lyrical slips are a bit more obvious when 6.3 million people are watching. And when we do catch a rare glimpse, they’re glorious peeks behind the curtain.

Who can forget the moment Bret Michaels, waltzing to the back of the stage (or upstage, if you’re a theater geek) after a triumphant performance with the cast of Best Musical nom “Rock of Ages,” was taken out by a flying set piece? It fractured his nose and he sued, but in the moment before audiences knew he was hurt, it was magic.

And at the Tonys, no one would dare mispronounce the name of Broadway’s Queen of Green, Idina Menzel. 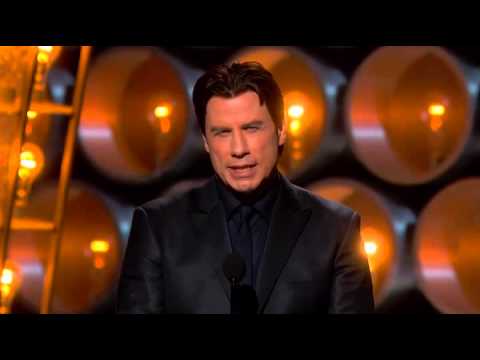 The Tonys numbers are testaments to the physical and emotional feat of stage acting … and singing and dancing, usually at once. There are also far more of them: the 2019 Tonys have no fewer than 10 musical numbers lined up from nominated musicals. Plays are sometimes shafted when it comes to on-air coverage, but the highlight reels contain more drama than any of the snippets played after Oscar nominees’ names.

Not every fan can afford a flight to New York and a front row seat, so the actors on the Tonys bring as much sweat, purpose and talent to their five minutes onscreen as they do when they’re singing it onstage every night.

Viewers remember the moment in 2002 they discovered Sutton Foster, starring in one of the snappiest tap numbers ever broadcast from “Thoroughly Modern Millie.” There was Andrew Rannells as a springy Mormon missionary, affirming his faith on an empty stage. And, of course, Cynthia Erivo cemented her status as a soon-to-be legend as Celie from “The Color Purple,” shining as the brightest star in a segment that included Oprah.

And then there was Neil Patrick Harris’ opening number from the 2013 awards. He seamlessly commanded a nearly 8 1/2-minute epic that included a posse of drag queens, live magic tricks and a soulful, one-breath ode to the theater kids with professional dreams watching at home.

The stars, familiar and new

Lin Manuel Miranda shone before anyone knew him as Bert the chimney sweep or the man behind “Moana.” He was nominated for Best Actor and won Best Score for Best Musical winner “In the Heights” 11 years ago (he’s used to bests). 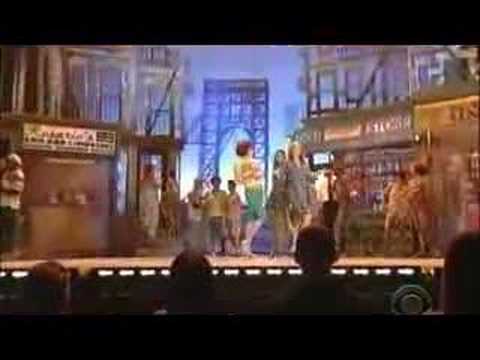 Before James Corden monetized car sing-alongs, he won for his bumbling role in “One Man, Two Guvnors.” Before the serialized story of her life became Emmy fodder, Gwen Verdon broke through and won her first Tony of many for “Can-Can.”

Did you know “Black Panther’s” Okoye, Danai Gurira, wrote Best Play nominee “Eclipsed,” which starred Lupita Nyong’o? What about fashion frontiersman Billy Porter, who won Best Actor for a similarly well-dressed performance in “Kinky Boots?” Even Amy Schumer was nominated … for her work in a play by Steve Martin.

The second-hand joy of watching talented artists win an award – for their first time onstage or at the end of a long career – is never more palpable than it is here. Watching the uncrackable stage presence slip once their name is announced, the genuine shock on their faces, the tears, the shakes, the accidental profanities – it all feels as real as theater does when you watch it.

The most memorable moments are often buried in acceptance speeches. After winning for “Hamilton’s” score, Miranda’s sonnet for his wife and the victims killed hours earlier at the Pulse nightclub shooting reminded viewers that love is love (is love is love). Kelli O’Hara, frequent nom and first-time winner, shuffled off stage in glee. Cicely Tyson reflected on her family and career in a grateful, glowing speech for her first Tony. 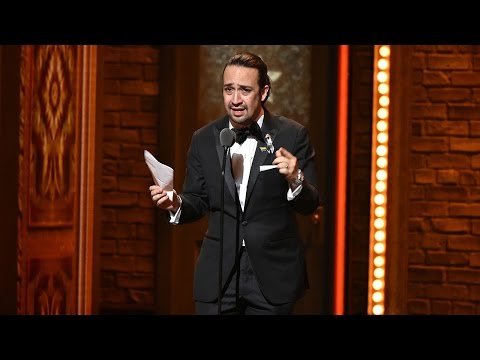 The Tonys have a ways to go before being declared more “diverse” than the Academy Awards. But nominees of late have shared perspectives often unexplored anywhere else.

Recent Best Musical winners have included a tale of Arabs and Jews connecting through music, an all-minority cast (except for one, as Britain’s King George III) playing slaveowners and founding fathers, and a coming-of-age and coming-out story of a lesbian cartoonist. All were adapted for the stage, but that’s where they shone brightest.