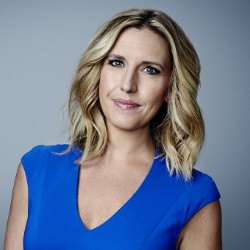 By Poppy Harlow and Rob McLean, CNN Business
Published 12:31 AM EDT, Mon June 3, 2019
Now playing
02:07
Kevin Hassett: Risk we could import deflation
US President Joe Biden signs executive orders for economic relief to Covid-hit families and businesses in the State Dining Room of the White House in Washington, DC, on January 22, 2021. (Photo by Nicholas Kamm / AFP) (Photo by NICHOLAS KAMM/AFP via Getty Images)
PHOTO: Nicholas Kamm/AFP/Getty Images
Now playing
02:42
Biden signs executive order to promote $15 federal minimum wage
Joseph Palma, Unemployed airline worker
PHOTO: CNN
Now playing
02:59
The transportation industry is still struggling to recover
Now playing
03:18
Economist: Biden's executive orders on Covid-19 are 'critical' for US economy
People walk down a nearly empty sidewalk in Manhattan on October 15, 2020 in New York City. As American workers continue to struggle in an economy brought down by COVID-19, new jobless claims rose to 898,000 last week. It was the highest number since August 22 and represented a gain of 53,000 from the previous week's upwardly revised total of 845,000. (Photo by Spencer Platt/Getty Images)
PHOTO: Spencer Platt/Getty Images
Now playing
01:42
Another 900,000 Americans filed initial jobless claims
Now playing
01:42
Janet Yellen on Covid relief: 'Smartest thing we can do is act big'
PHOTO: Pool
Now playing
03:11
Biden: Real pain overwhelming the real economy
Meredith Dodd hopes she can return to ministry, but she is not sure when.
PHOTO: Courtesy Meredith Dodd
Now playing
02:39
How the pandemic disproportionately affects working moms
Democratic presidential candidate and former US Vice President Joe Biden speaks on the state of the US economy on September 4, 2020, in Wilmington, Delaware. (Photo by JIM WATSON / AFP) (Photo by JIM WATSON/AFP via Getty Images)
PHOTO: JIM WATSON/AFP/Getty Images
Now playing
02:02
Why Wall Street is hopeful about Biden despite economic challenges
A diner sits closed in Brooklyn on December 09, 2020 in New York City. New York's governor, Andrew Cuomo, is threatening to close indoor dining as soon as this Monday if hospitalization rates continue to increase in New York City. Currently, there are over 4,800 COVID-19 patients are now hospitalized statewide, which is double the amount reported on November 18 and the highest number of hospitalizations since May 22. Restaurants in New York City, one of the most important business sectors, are already closing at alarming rates due to various health restrictions, a lack of tourism and the disappearance of business clients. (Photo by Spencer Platt/Getty Images)
PHOTO: Spencer Platt/Getty Images
Now playing
01:25
US economy lost 140,000 jobs in December
Now playing
02:25
Struggling gig worker: Right now we're able to eat, forget the rent
President Donald Trump's name appears on a stimulus check on May 3, 2020.
PHOTO: Will Lanzoni/CNN
Now playing
03:05
Here's what the new stimulus package means for Americans
Now playing
02:18
Economist: It will take years for the unemployment rate to go back up
LAKE BUENA VISTA, FL - JULY 11: In this handout photo provided by Walt Disney World Resort, Josh DAmaro, chairman of Disney Parks, Experiences and Products (center front right) and Jeff Vahle, president of Walt Disney World Resort (center front left), pose with Disney cast members for a photo in front of Cinderella Castle prior to the phased reopening of Magic Kingdom Park at Walt Disney World Resort on July 11, 2020 in Lake Buena Vista, Florida. (Photo by David Roark/Walt Disney World Resort via Getty Images)
PHOTO: David Roark/Walt Disney World Resort via Getty Images
Now playing
02:41
Disney workers used to make magic, now they struggle to make ends meet
Now playing
02:24
Fed chair: The next few months are likely to be very challenging
Now playing
02:22
These restaurant owners don't know how long they can hang on
(CNN Business) —

Kevin Hassett, chairman of the White House’s Council of Economic Advisers, is leaving his post.

President Donald Trump tweeted Sunday evening that Hassett, who had been in the position since September 2017, “will be leaving shortly.”

“I want to thank Kevin for all he has done - he is a true friend!” Trump tweeted.

The Council of Economic Advisers is “charged with offering the President objective economic advice on the formulation of both domestic and international economic policy,” according to the White House website. The chairman of the council is generally seen as the White House’s chief economist.

Hassett told CNN Sunday night that no one asked him to leave the role, adding that it is normal for CEA chairmen to step down after two years.

“That turnover is really healthy for the CEA because it is meant to be an independent advisory body,” Hassett said.

Hassett said he discussed the departure with Trump last week.

“We went over lots of things and had a very cheerful, friendly and then somewhat sad conversation because we were both sad about it,” Hassett said.

It was not clear when Hassett would officially leave the role, or who would replace him. The White House could not be reached for additional comment late Sunday.

In April, Hassett refused to endorse Trump’s pleas for the Federal Reserve to slash interest rates to juice growth.

“It’s not my job at CEA to give the Fed advice,” Hassett told CNN at the time. “My job at CEA is to remind people to respect the independence of the Fed.”

Trump, who is currently on a state visit to the United Kingdom, said he would name Hassett’s replacement after returning to the United States.