In February 1964, an English boy band called the Beatles made its US television debut.

Beatlemania, the intense fan frenzy directed towards the fab foursome, was gripping America and the group’s performance at the Ed Sullivan Theater was punctuated by fervent screaming from the studio audience.

In May 2019, over 55 years later, another band of foreigners played the same theater.

The visual similarities were striking – and intentional.

The Korean newcomers sported the same style of slim-fit suits and floppy bowl cuts, emblazoned their name on their drum kit in the same font used by the Liverpudlian hitmakers, and even made their broadcast in black and white.

But this wasn’t the Beatles. It was BTS – a seven-man South Korean mega-group which is quite possibly the biggest boy band in the world right now. 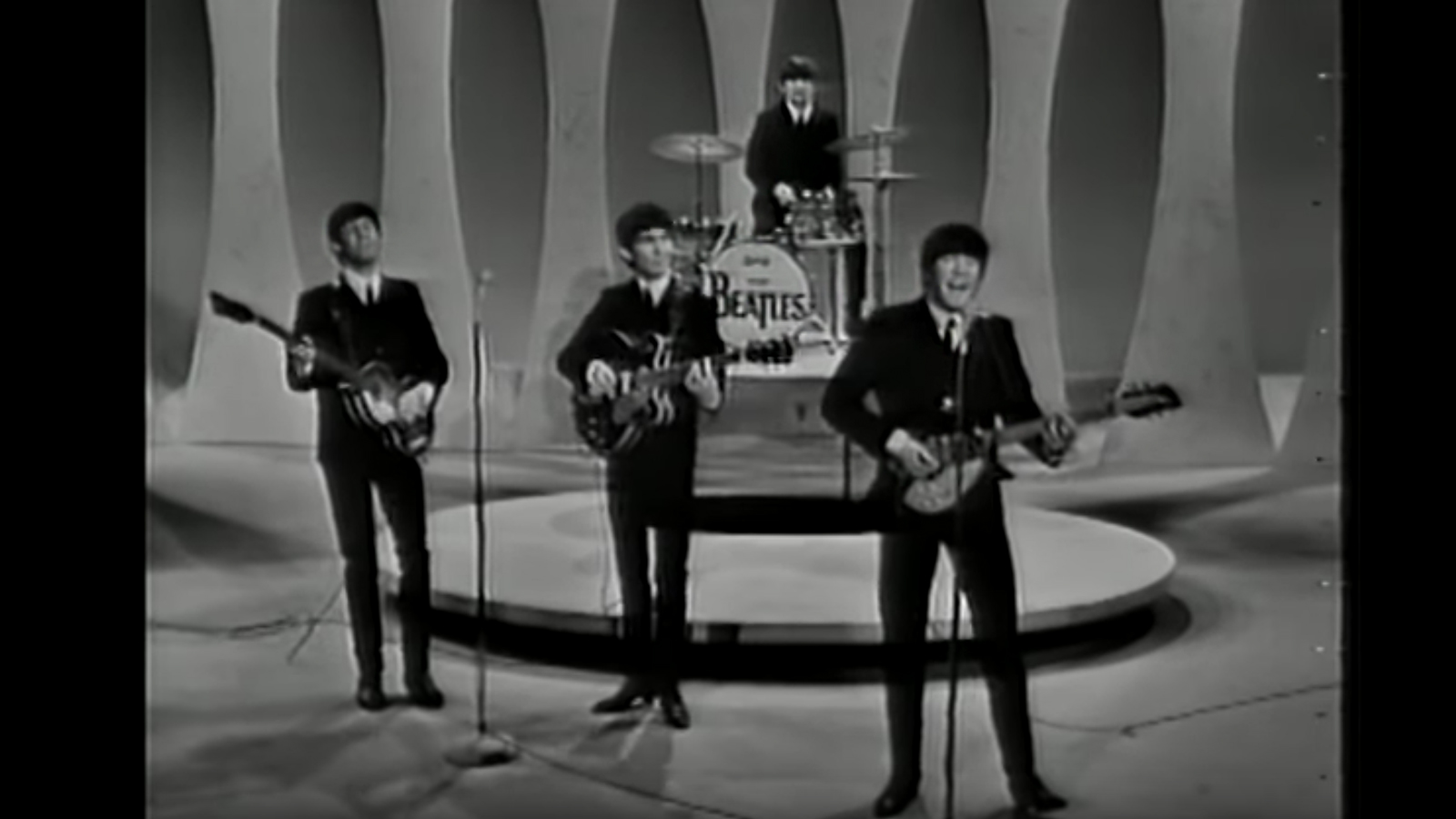 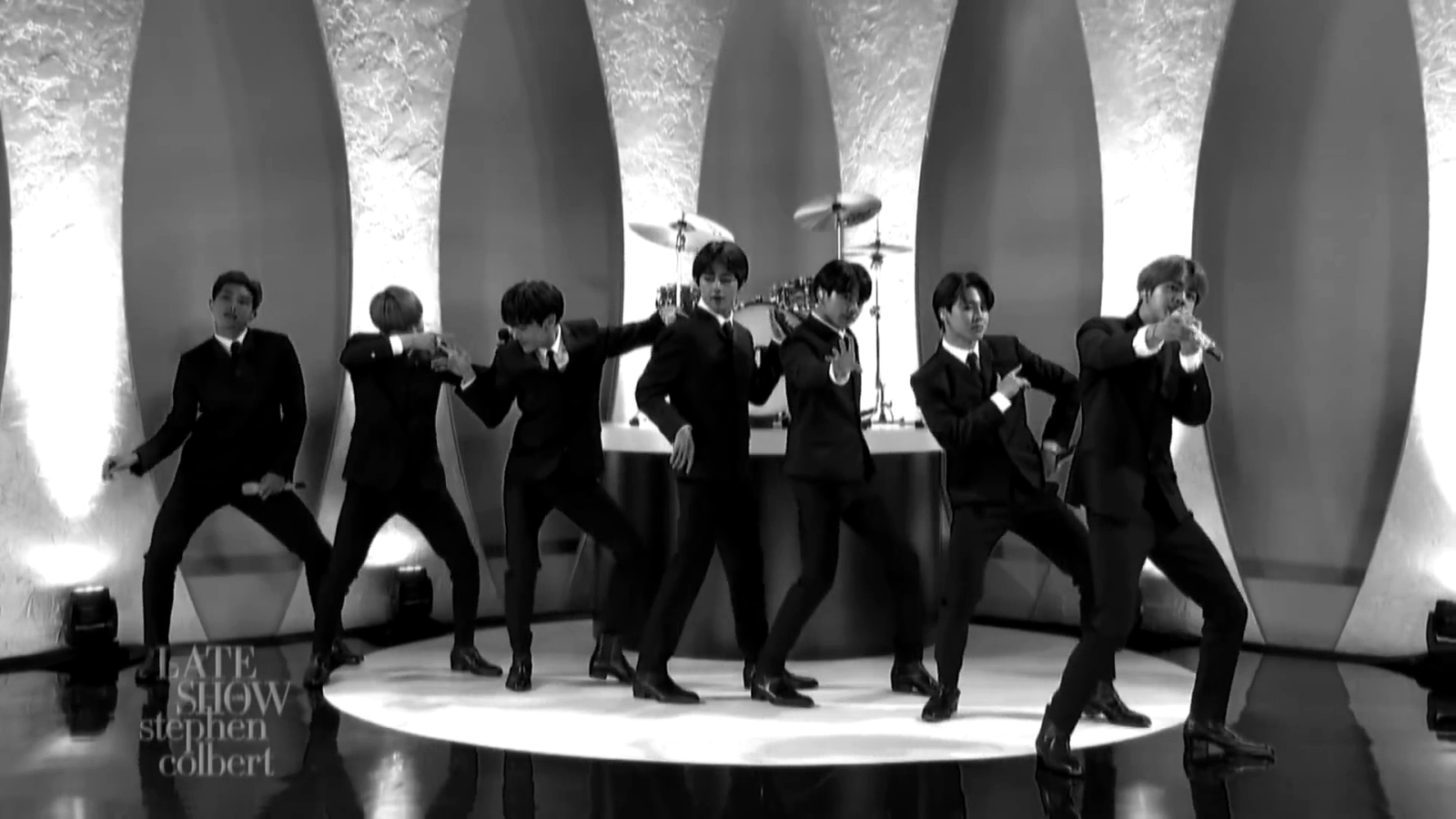 Like the Beatles, BTS had traveled from another continent to perform for their enormous American fan base. But that the South Korean stars had managed to crack the American market was perhaps an even greater achievement. Most of BTS’s songs are in Korean, the group only has one fluent English speaker, and they were selling Americans a distinctly Asian brand of sex appeal.

The K-pop band that could

Six years ago, when BTS released their music video debut “No More Dream” in June 2013, it wasn’t obvious that they would be K-pop’s breakout success story in America.

At the time, boy bands EXO, Big Bang and SHINee dominated the K-pop charts. And while those groups sometimes referenced hip-hop in their songs, they tended to have a more clean-cut image and sing pop songs about romance. In EXO’s 2013 hit “Wolf,” for instance, the band members howl and compare themselves to an animal who has been tamed by an alluring woman.

But BTS, who were then all aged between 15 and 20, had something else that set them apart: they had been developed by start-up label Big Hit Entertainment, not one of the big three record companies – SM Entertainment, JYP Entertainment and YG Entertainment – which formed in the late 1990s, when K-pop was starting to take off.

The labels auditioned thousands of idol hopefuls a year, often aged between 10 and 14, who would become trainees at so-called K-pop farms and take part in a grueling, full-time rigorous training program in dance, singing and even make-up. Eventually, the lucky ones were selected for a K-pop group and tied in to long contracts that restricted their personal lives and sentenced them to years of limited pay. They had to conform to the rigid world of K-pop, where members are given designated roles within a group, such as leader, dancer or “visuals” – the eye-candy of the group.

Like other idol groups, BTS were manufactured. But its upstart label Big Hit Entertainment had to do something different to break through.

Wearing their hearts on their social

From the start, Big Hit Entertainment faced a challenge.

Lacking the industry connections and big money of the industry giants, the label relied heavily on social media to promote the group.

BTS were one of the first K-pop groups on Twitter, says Michelle Cho, a professor of East Asian Studies at University of Toronto. The band also posted vlogs on YouTube and shared the minutiae of their lives on Korean livestreaming platforms AfreecaTV and V Live.

In one clip, singer Jungkook makes instant ramen in a modest kitchen. Using tongs, he pulls a noodle to his mouth. “It’s perfect,” he says. In the past 10 months, that V Live clip has been viewed over 7.6 million times.

The internet is full of these kinds of mundane BTS moments: the members cuddling as they snooze, eating meals, sitting in taxis and pulling pranks on each other. They take a variety of forms – casual posts, live-streamed video diaries, or produced episodes of their reality TV-like web show “Run BTS!”

“I think that for some people it’s quite alienating to encounter other K-pop (groups) … that they know are a product of this very rigorous training system that (they believe) makes them a bit less authentic,” Cho said. “BTS are quite different because their whole concept from their inception was that they were going to be honest purveyors of the experience of youth.”

The videos build up seemingly authentic characters for the members: V is the quirky one, Jimin the flirty one, Jungkook the supernaturally talented youngest member. J-Hope is high-energy, Suga the brooding musician, Jin the handsome one, who often reveals himself as a pun-loving dork. And RM, the preternaturally mature group leader. Among fans online, the members are often represented by a different animal emoji.

“They’re superstars, but they have a human side as well,” says YJ Chee, a 24-year-old Singaporean based in the US who describes himself as a member of ARMY, the name BTS uses to refer to its fans and an acronym for “Adorable Representative M.C. for Youth.” “It makes them relatable.”

Of course, it’s easy to be cynical about the authenticity of the image they present online. BTS are closely managed and never mention their romantic lives. But the clips have created a kind of intimacy between BTS and their fans that other K-pop groups have since tried to imitate.

“They don’t distance themselves that much from their fans,” says David Kim, who runs YouTube channel DKDKTV where he analyzes K-pop. “They just show themselves how they are – they show the good and bad. I think that’s what’s different from other idols.”

And with the Korean market lukewarm on BTS, that ARMY helped the band break America.

BTS looked abroad early. In 2014, while still relatively low profile on home turf, BTS began chipping away at the US market. They were a breakout success at that year’s KCON, a K-pop convention in Los Angeles, where they performed in schoolboy outfits. Their music made nods to hip-hop and electronic dance music (EDM), genres that were popular in the West.