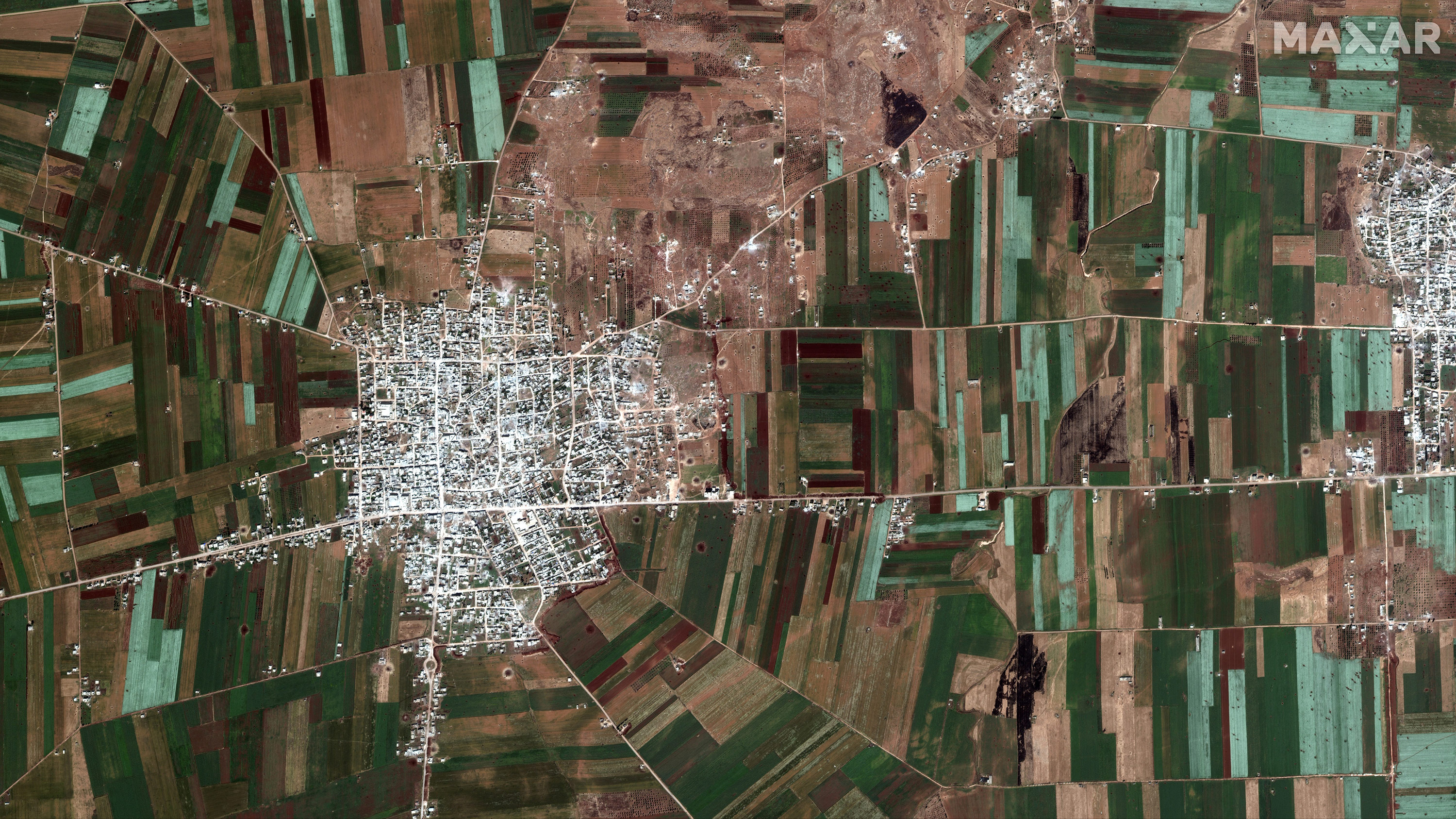 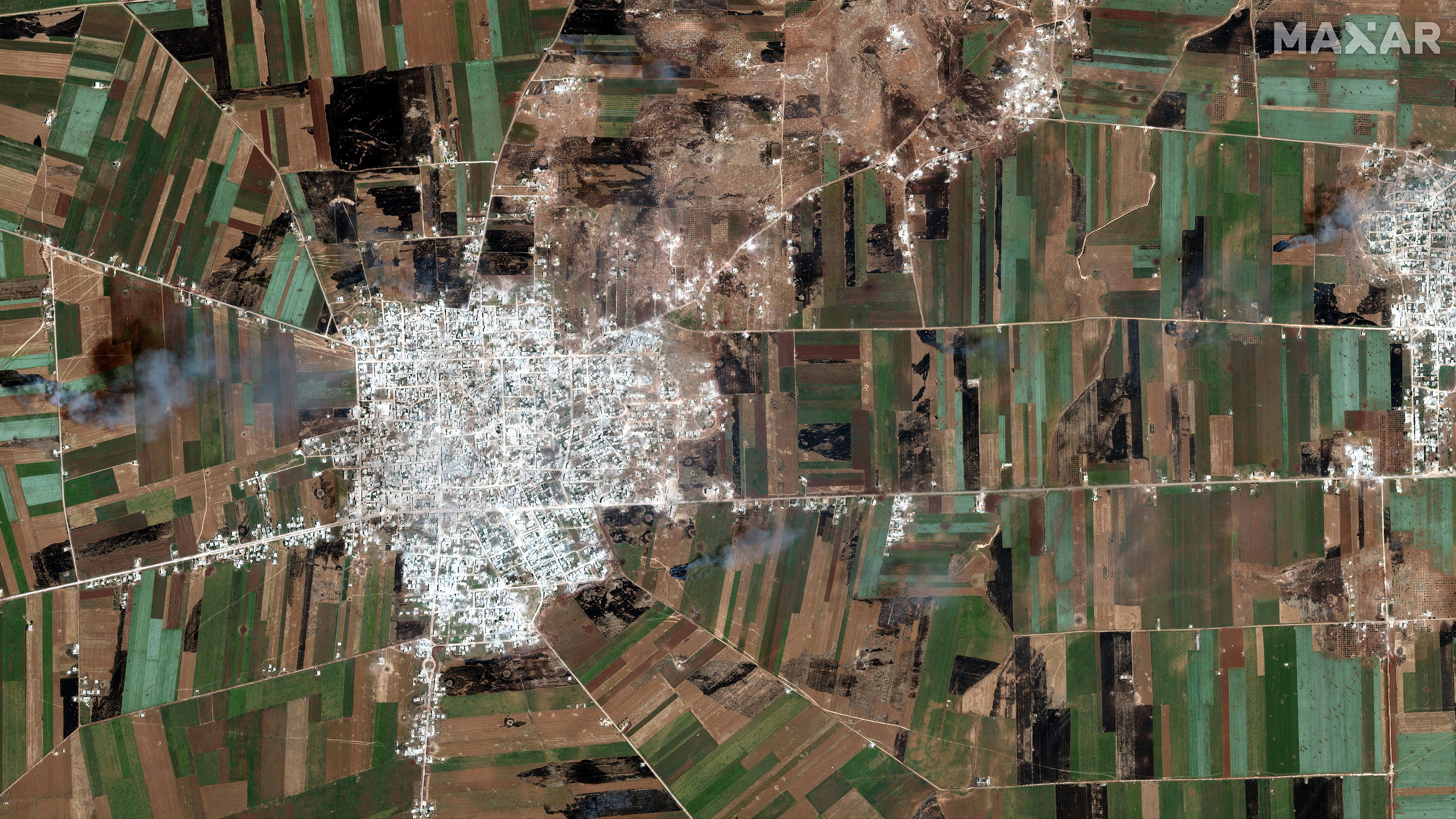 Airstrikes and fighting in Syria’s last rebel-held province have left a trail of damage visible from space. In satellite images from May 20 and May 26, swathes of fields in northwestern Idlib appear blackened, the neat lines of city streets and blocks become blurs of debris, and plumes of smoke dot the landscape.

Escalating military operations in northwestern Idlib province are creating a “humanitarian disaster,” despite the international organizations’ efforts to provide aid, the United Nations warned on Tuesday.

In recent weeks, violence there has lead to the death of 160 civilians, the displacement of 270,000 residents and attacks on healthcare facilities, schools and markets, said Ursula Mueller, Assistant Secretary-General for Humanitarian Affairs, at the UN Security Council.

“The question today is what you will do to protect civilians in Idlib, the latest example of an entirely known, predictable and preventable humanitarian disaster unfolding before our eyes,” she said.

A satelite overview of the Syrian town of Kafr Nabudah on Saturday shows damaged and destroyed buildings.
Maxar Technologies/Reuters

On Tuesday, four airstrikes targeting towns and villages in the southwestern countryside of Idlib killed 13 people, including seven children, and injured at least 51, according to a local volunteer rescue group known as the White Helmets, which is also known as Syria Civil Defense.

The UK-based monitoring group Syrian Observatory for Human Rights (SOHR) said in a statement that 149 airstrikes hit several towns and villages in the countryside of Idlib on Tuesday, which killed and wounded dozens.

Plumes of thick black smoke from fires can be seen over the village of Hbit on Saturday.
Maxar Technologies/Reuters

Syrian government said Tuesday that its military forces had targeted “terrorist groups” in several areas in Idlib, according to Syria state-run SANA news. “The operations resulted in the killing and injury of many terrorists,” SANA said.

Last week, regime troops backed by Russian airstrikes ramped up attacks in the area in an effort to push out thousands of anti-government forces. US officials said that many of the remaining rebel groups in the area had links to extremist groups such as the local al Qaeda affiliate, but were wary of the civilian death toll that could result from large-scale regime attacks.

Both pro-government forces and non-state armed groups “appear to have failed to respect the principles of distinction and proportionality under international humanitarian law, resulting in a high number of civilian casualties and injuries,” said Marta Hurtado, the spokesperson of the UN High Commissioner for Human Rights, last week.