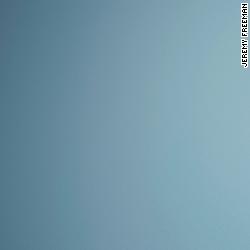 The teen, identified by a CBP official as Carlos Gregorio Hernandez Vasquez, was apprehended and processed near Hidalgo, Texas, on May 13 before being transferred to the Weslaco Border Patrol Station Sunday, the agency said in a statement. He was found unresponsive Monday morning. The cause of death is unknown, the agency said.

“The men and women of US Customs and Border Protection are saddened by the tragic loss of this young man and our condolences are with his family,” said Acting Commissioner John Sanders in a statement. “CBP is committed to the health, safety and humane treatment of those in our custody.”

This is the fifth child known to have died after journeying to the US in recent months from Guatemala and being apprehended by US authorities.

Vasquez crossed into the US with a group of about 70 people and was transported to the Central Processing Center in McAllen, Texas, to await transfer to the custody of the Health and Human Services Department, as is customary for unaccompanied minors.

Six days after being apprehended, he indicated to staff at the Central Processing Center that “he was not feeling well,” at which time he was seen by a contracted nurse practitioner.

“He was assessed and determined to have influenza A,” the official said. The prescribed treatment was Tamiflu, which Border Patrol agents picked up at a local pharmacy, according to the official.

The last welfare check at Weslaco station, where Vasquez was transferred, was noted an hour before he was found unresponsive. He was in Weslaco for approximately 17 to 18 hours.

“With respect to other individuals inside the cell with him, that’s something that investigators will be looking into and ensuring no foul play was associated with this,” the CBP official said.

CBP said the Weslaco Police Department, the CBP Office of Professional Responsibility, the Department of Homeland Security’s inspector general and the FBI are investigating the death.

A patch on the uniform of a U.S. Border Patrol agent at a highway checkpoint on August 1, 2018 in West Enfield, Maine.
PHOTO: Scott Eisen/Getty Images

Related Article Guatemalan child dies at Texas hospital, a month after being apprehended by US authorities crossing the border

Last week, a 2-year-old boy from Guatemala died at a hospital in El Paso, Texas. The boy, who was not identified and was not in US custody at the time of his death, had suffered from complications of pneumonia, Tekandi Paniagua, the Guatemalan consul general in Del Rio, Texas, told CNN.

The deaths of two young Guatemalans in December spurred congressional hearings and new procedures from DHS and CBP. Jakelin Caal Maquin, 7, died of sepsis, a bacterial infection, in an El Paso hospital in December, two days after she and her father were detained. Weeks later, 8-year-old Felipe Gómez Alonzo died of flu complicated by sepsis while in Customs and Border Protection custody.

Late last month, 16-year-old Juan de León Gutiérrez died in a Texas children’s hospital days after arriving at an Office of Refugee Resettlement shelter. The cause of his death hasn’t been reported, though a source close to the situation said at the time that he showed signs of distress the day after he arrived at Casa Padre, a former Walmart in Brownsville, Texas.

Immigration authorities have since ordered an increase of medical checks for children in their custody, with a focus on children under 10, amid an uptick of migrants crossing the US-Mexico border.

In March, then-CBP Commissioner Kevin McAleenan warned of an impending humanitarian crisis due to a “stark and increasing shift to more vulnerable populations” combined with inadequate capacity for the US government to accommodate the increase in families and children crossing the border.

“The danger of violent assault on that journey, the potential for a tragic incident in the crossing or in overwhelmed CBP facilities, or in transportation networks, is clear and present,” he said at the time.

He added that the danger will increase as the weather gets hotter in the summer months.

In April alone, the Border Patrol arrested 98,977 migrants for illegal entry, many of whom were families – an increase from the month before. The CBP official said that since Dec. 22, the agency has been transporting about 69 individuals a day to higher-level care facilities, including urgent care and hospitals.

CNN’s David Shortell and Ed Lavandera contributed to this report.