In Tehran, specter of war met with more defiance than fear 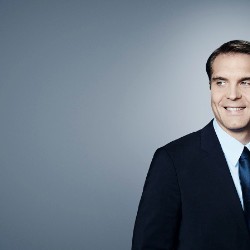 People in Tehran speak in hushed tones about what the coming days may bring. As geopolitical tensions crank up, talk of imminent conflict with the United States is widespread on the streets of Iran’s capital.

The US has dispatched new weapons and troops to the region after Iran suspended parts of the nuclear deal that briefly brought an end to its economic and diplomatic isolation.

Many Iranians – desperate for relief from financial dire straits partly caused by US sanctions – are reacting with defiance rather than antagonism as the countries hurtle towards confrontation.

Iran’s Supreme Leader Ali Khamenei tried to assure the country earlier this week that the US “does not want war,” but not everyone is persuaded.

Many people here believe that Iran’s enemies – namely the US and its Gulf allies, the United Arab Emirates and Saudi Arabia – have long been on a warpath. Though US Secretary of State Mike Pompeo has said that the US does not want war, some believe the US administration’s diplomatic and economic campaign against the country is taking things to a fever pitch.

A year ago, US President Donald Trump withdrew from the landmark nuclear deal and imposed on Iran some of the most stringent sanctions in the country’s history.

“I am not afraid of war as I have already seen war,” said motor courier Majid Haqiqi, 57, referring to the country’s eight-year conflict with neighbor Iraq in the 1980. “I believe that America is not eager to attack Iran and only tries to terrify us.”

Haqiqi instead suggests a solution that many in Tehran would consider controversial. “The only way out of this situation is having dialogue. What is wrong with having the US here?” said Haqiqi. “(The US) can start businesses in Iran and use our workforce. If they take a step towards us, we also can take one step.”

Last week, Trump made several overtures to Tehran, asking the government to call him. He even contacted the Swiss last week to leave a phone number for Tehran to reach him, according to a diplomatic source.

The move seemed out of sync with the hawkish stances of National Security Advisor John Bolton, who has talked tough, and Secretary of State Mike Pompeo who has been trying to rally diplomatic support for the US campaign against Iran’s regime.

Dialogue between the two countries is anathema to Iran’s hardliners, including Khamenei. “Negotiations are like a poison as long as the US remains the same way it is. And with the current US government is additionally poisonous,” the Ayatollah said in a speech on Tuesday.

’We have nothing to lose’

Many Iranians are concerned about everyday issues, however. “I don’t think of war when I must think of basic needs,” said Janati, a 70-year-old retired army officer. “Ordinary people in Iran do not think of the enemy or of Zionists. They just need a better life.”

“We have nothing to lose,” said 37-year-old Alireza Sahraiee. Sahraiee said he was an international businessman last year and a luxury car-owner. A year after the start of Trump’s sanctions, he is a cashier at a shop.

“I believe we must revise our external affairs policy,” added Sahraiee. “We must let foreign investment come to us.”

Saba, a 19-year-old secondary school student, who declined to reveal her full name, said that, in the case of war, “I won’t leave Iran but will go to a remote area with my family and come back only when peace returns.”

Iran’s hardline politicians remain defiant, continuing to rail against Iranian President Hassan Rouhani and his reformer camp for forging the 2015 nuclear agreement. “We told you so,” is the prevailing message among Tehran’s conservatives.

They also believe that the US and its allies have too much to lose from a potential conflict. “We have a lot of capabilities,” said Hossein Kanani Moghadam, a former Commander of Iran’s elite Islamic Revolutionary Guard Corps.

“Oil transit lines are very vulnerable in the Persian Gulf area … so we wouldn’t need to use advanced weapons.”

Iran may disrupt vital waterways for some of the world’s biggest oil supplies, such as the Strait of Hormuz, if a direct confrontation came to pass, the former commander said.

“I believe Trump is a poker player, playing with open cards. But our Supreme Leader is a chess player who is playing under the table,” said Moghadam. “It seems this is the battle of two wills. And it seems Trump’s will is more to scare the other side whereas we are not scared of Trump at all.”

But beyond the rhetoric and muscle flexing, Iran also has much at stake. “I think at this stage Iran really doesn’t want direct confrontation, neither with the US nor any other countries in the region,” said Aniseh Bassiri Tabrizi, senior research fellow at RUSI. “There has been a response but not a provocation so far from Iran and there has been a commitment to clarify that, if needed, Iran would respond with all its tools at its disposal.”

Those tools consist of Iran-backed armed groups throughout the region.

In Iraq, the formidable Popular Mobilization Units, an umbrella group of Iran-backed militias, could potentially be ordered to attack US positions in the country.

In Lebanon, the reach of Hezbollah’s seasoned fighters now spans two parts of Israel’s frontier, the Israeli-occupied Golan Heights in Syria, in addition to Lebanon’s border with Israel.