A pharma rap video and the definition of lap dancing: The tawdry details of an opioid criminal trial

The Insys Therapeutics executive dressed as a giant bottle of Subsys, a spray version of fentanyl, the synthetic opioid that is more than 100 times stronger than morphine.

He danced and boasted of taking over the market. “I’m built to last,” rapped Alec Burlakoff, then Insys’ vice president of sales. “Y’all can’t get rid of me.” 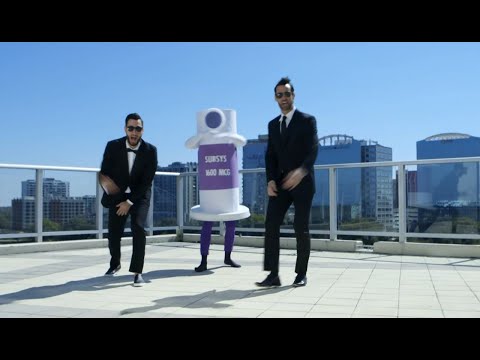 The costume was marked 1,600 micrograms, the highest dosage for that type of fentanyl. Two other employees joined in the rap, singing about the company’s aim to raise doses and get Subsys prescribed to more patients. The two even hollered at company founder John Kapoor. “Shout out to Kapoor for what he created!”

The video, titled “Great By Choice,” was meant to train sales reps and was shown at the company’s 2015 national sales meeting, according to testimony given in a Boston federal court in February during the trial of five Insys executives.

Bags of heroin and fentanyl are displayed before a press conference regarding a major drug bust in New York City in 2016.
Drew Angerer

Some court observers say it was perhaps the most damning piece of evidence during the trial in which the pharmaceutical executives – including Kapoor – faced charges often applied to mob bosses and gang members.

Last week, the jury found all five executives guilty on racketeering charges for bribing doctors to prescribe the painkiller to people who didn’t need it. They were also convicted of defrauding Medicare and private insurance.

Each faces up to 20 years in prison. All five executives – Kapoor and former Insys managers Michael Gurry, Sunrise Lee, Joseph Rowan and Richard Simon – have denied wrongdoing. Their attorneys have vowed to appeal the verdict.

Over many weeks, the trial peeled back the layers of how the opioid maker operated, offering a rare glimpse into the mentality of some pharmaceutical representatives and their sales tactics – even for one of the most lethal opioids.

Rachel Maimin, an attorney who spent eight years as a federal prosecutor in the US Attorney’s Office for the Southern District of New York, summed up the video of the pharma rap this way: “It’s not a good look. It’s a bad fact for them, that they had that video.”

If a prosecutor is trying to win over jurors, she said, that video would help seal the deal. “As such cases go, the jury seemed to find the conduct was very overt,” said Maimin, who was not involved with the trial.

Subsys had been approved by the US Food and Drug Administration in 2012 only for cancer patients with recurring chronic pain. Andrew Kolodny, co-director of the Opioid Policy Research Collaborative at Brandeis University, said evidence shown during trial revealed how the company actively sought doctors to prescribe the drug beyond its intended scope.

“For patients who this drug didn’t kill,” Kolodny said, “many are left with addiction or left with a very difficult time coming off of this product.”

According to the US Centers for Disease Control and Prevention, there were more than 28,000 deaths involving synthetic opioids in 2017 alone, more fatal overdoses than with any other type of opioid.

Kolodny said the trial stands as a wakeup call for the makers of all opioids. “If we really want to deter corporations from killing people in their pursuit of profit, I believe criminal prosecution is necessary,” he said.

“I am hopeful this is just the beginning.”

Burlakoff, the executive who dressed as the spray bottle, proved a key government witness along with former Insys CEO Michael Babich. Both pleaded guilty to participating in the scheme and offered testimony in court.

Babich described panic in one executive who shouted from his office about the company keeping track of how much money Insys was making off doctors who were paid speakers.

“He was in his office screaming, ‘We’re all going to go to jail,’ ” Babich testified.

At another point, the trial raised a bizarre legal question: When is a lap dance really a lap dance?

That issue arose when a former Insys sales representative named Holly Brown prepared to testify about seeing her boss – Lee, one of the five defendants and a former stripper – enticing a doctor by performing a lap dance at a club in Chicago.

The defense objected to such language. In a sidebar, defense attorney Steven Tyrrell said the prosecution needed to tell Brown “that she should not say ‘lap dance’ or talk about fondling breasts, dancing provocatively or in a sexually suggestive manner or something like that,” according to the trial transcript.

Prosecutor Fred Wyshak responded, “I’ll ask her not to use the term ‘lap dance.’ She will say she was sitting on him, and he was touching parts of her body inappropriately. How is that?”

As requested, Brown avoided the term. Instead, Brown testified how uncomfortable she was over her boss’ and the doctor’s behavior. “She was sitting on his lap, kind of bouncing around, and he had his hand sort of inappropriately all over her on her chest,” Brown said

Frank Garcia, a former sales representative who spent two decades working for pharmaceutical companies other than Insys, said nothing surprised him about the trial.

But what’s new here, he said, is executives being convicted of major offenses – a powerful message from the Justice Department.

“I would think prison would be a deterrent,” Garcia said.

Maimin agreed, saying the main goal of the prosecution was to deter companies from acting similarly in the future.

“It shows the Department of Justice is not treating white-collar drug dealers, for lack of a better word, more lightly than street drug dealers,” she said. “The opioid epidemic is so important, all strategies are being used at all levels of the distribution chain.”

Time will tell whether it leads to change within the industry – or if the convictions stick on appeal.

Kolodny said he would also like to see state medical boards take action against the hundreds of doctors who were doing the prescribing. “It concerns me these doctors are still practicing,” he said.