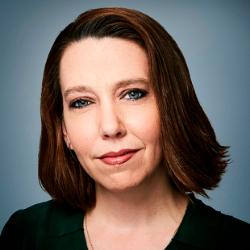 In Silicon Valley, the country’s most notoriously overheated real estate market, things are starting to cool off … a little.

The area saw the biggest decline in median home prices in the country last month. Homes are also taking longer to sell, with inventory of available homes for sale slowly increasing over the past year, Realtor.com found.

But the sky is hardly falling. Silicon Valley and the larger Bay Area still remain among the hottest real estate markets in the country, says Danielle Hale, chief economist for Realtor.com. “Time on the market is still relatively short compared with the rest of the country.”

Still, there is a demographic churn that seems to be pushing more homes onto the market in Silicon Valley. Longtime residents who have seen the tech hub grow up around them, inflating their cost of living, are looking to cash out while they can still get top dollar.

“People who live here are leaving in droves,” says Julie Wyss a broker in San Jose. “I’m going on three listing appointments a week – people in their 50s and 60s – who are sitting there going, ‘Why should I stay here?’”

Their money can go a lot further in Arizona, Colorado, Oregon, New Mexico – or just about anywhere.

That doesn’t mean Silicon Valley is anywhere near becoming affordable, though.

“Affordability? It just doesn’t exist here,” she says. “You have to remember a condo in Cupertino is still $1.1 million.”

PHOTO: Virtual Tour Cafe
Sarah and Chris Sarra landed jobs at NASA and Google and were able to buy a house for (just) under $1 million.

Pat Williams, 68, has lived her whole life in Silicon Valley. Williams raised her daughter as a single parent and for years commuted to San Francisco, where she worked as a commercial glass estimator. She loves the area.

“I think this area has one of the best climates in the US,” says Williams. “Lots of friendly people. And all the amenities, culture, libraries, hospitals. There are pretty green hills most of the year. It is a great place to live.”

As home prices and other costs rose around her, though, it became increasingly more difficult to afford gas, food and going out. She felt her quality of life was going downhill.

But the alternative – moving farther out to a more affordable area – was not something she wanted to consider. “If I moved to some nowhere town in California that is more affordable, and I’d have to drive hours back and forth to the Bay Area, I felt it wouldn’t be worth it. It wouldn’t be living.”

When she retired in March, she made the tough decision that it was time to leave San Jose and California altogether.

In June she’ll leave California and move to Las Cruces, New Mexico, where she says she doesn’t know a soul, but finds the lifestyle, culture and amenities appealing and lively.

And her money will go a lot further.

Based on her sale, she’s able to build a larger home with almost all the available upgrades for $280,000 in cash and still have money left over for traveling and enjoying her retirement.

She’s looking forward to the new adventure, but leaving is bittersweet. “When you live in Silicon Valley, there are expectations that you make a lot of money,” she says. “People don’t take into account the people with moderate incomes, who paid their bills and lived here their whole lives.”

Even as people are leaving Silicon Valley, newcomers are still arriving thanks to the deep-pocketed tech firms that continue to hire.

“Buyers are almost 100% people coming in from outside,” says Wyss. “They make a lot of money here and that is keeping the prices high. It is shifting down, but down very little. It is a slight correction.”

Wyss says she sees a steady stream of buyers who earn anywhere from $200,000 to $500,000 a year “even without IPO money.” “They aren’t bothered by a $1.5 million mortgage because they can handle the high payments,” she says.

When Sarah Sarra, 26, and her husband Chris, 31, both landed jobs in Silicon Valley – she as an electrical engineer for NASA, he as a software engineer with Google – they set about weighing the pros and cons of buying a home.

PHOTO: Virtual Tour Cafe
Sarah and Chris Sarra relocated from Washington D.C. for tech jobs and bought this home in San Jose for $973,000.

The prices were shocking to them, even though they were relocating from the relatively expensive Washington, DC, area.

“We decided if the housing market changes and prices go up, it would it be worth it to buy now, rather than throw away rent for a year or more and then pay more for a house in a year,” said Sarah Sarra.

They were just happy they spent less than $1 million.

It is hardly a buyer’s market, but Wyss calls it “buyer friendly.”