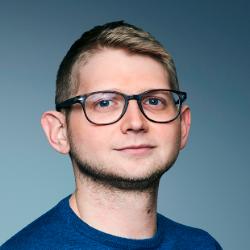 Dunkin’ has upped its coffee and breakfast game, and it’s paying off.

Sales in stores open at least a year in the United States jumped 2.4% in the first quarter the company announced Thursday — not bad for an industry with mostly stagnant sales.

Dunkin’ said sales got a boost from higher-priced espressos and frozen drinks and strong demand for its breakfast sandwich value deals.

Overall, revenue for the first quarter grew about 5.9% to $17.7 million, beating Wall Street analysts’ expectations. Dunkin’s stock jumped 4% in early trading. So far this year, its stock is up nearly 20%.

Breakfast is a growing category, and Dunkin (DNKN)’ is doing more than just offering deals to cash in. On Monday, the chain shared that it has has added two new breakfast bowls to its menu: The Egg White Bowl and the Sausage Scramble Bowl.

“This quarter was marked by terrific consumer reception to our new handcrafted espresso beverages, sustained momentum of our national value platform, the Go2s, and exciting on-trend menu innovation,” CEO David Hoffmann said on its earnings call. He said Dunkin’ beverages had its strongest sales increase in nearly three years.

Dunkin’ is in a particularly tough spot with rising breakfast competition, because the morning hours are already the company’s busiest time of day.

McDonald’s (MCD) said earlier this week that Donut Sticks helped lift its sales, and Panera recently revamped their breakfast menu with new wraps and improved coffee. Burger King is testing out a coffee pass for $5 per month.

To keep up, Dunkin’ has been trying all kinds of breakfast concoctions, from “better-for-you Power Breakfast Sandwiches” to “Go2” value menus featuring breakfast sandwiches.

The company said the Go2 program was so successful that it extended the temporary offer to a regular menu addition. In its earnings call, Hoffmann said that 75% of people who bought a Go2 deal added a beverage and the average total price was more than $8.

Hoffmann also said its fledgling Grubhub delivery partnership is “performing to our expectations” and plans to expand it to more cities.

But the company is struggling with its ice cream business. In the first quarter, sales at Baskin-Robbins US stores open at least a year fell sales dropped 2.8%. The company said the business is in the “early stages” of a brand revamp and plans to sell higher-end foods.