One of two women accused of killing Kim Jong Un’s half-brother was unexpectedly freed earlier this morning. The murder charge against Siti Aisyah was dropped, but prosecutors in Malaysia didn’t say why. Aisyah is expected to return to her home country of Indonesia later today. Prosecutors did not drop charges against her co-defendant, Doan Thi Huong. Aisyah and Huong were charged with killing Kim Jong Nam in February 2017 and faced the death penalty if convicted.

The US is about to become the world’s leader in exporting energy. Later this year the US will pass Saudi Arabia in exports of oil, natural gas liquids and petroleum, energy research firm Rystad Energy predicts. That’s never happened since Saudi Arabia started selling oil overseas in the 50s. So what’s behind this? The shale oil and natural gas boom. Innovations in drilling have opened up huge swaths of resources in shale oilfields in Texas, North Dakota and other places. Thanks to shale, the US has doubled its oil production over the past decade. America now pumps out more oil than the Saudis or the Russians.

The Sexiest Man Alive (that’s actor Idris Elba to us mere mortals) tied the knot over the weekend, and women the world over wept.

We can’t tell which is more cool: That a bunch of high school kids put on an “Alien” play or that Sigourney Weaver paid them a visit.

The Battle of Winterfell is over. Did you survive it? Our AJ Willingham did and she has some thoughts on “Game of Thrones’” very dark night.

About $30,000 fell out the back of a truck on a Michigan highway. Police are asking folks to return the cash. Good luck with that one, officers.

“At no time was the animal out of its enclosure … please understand why barriers are put in place.”

One of the five men rescued from a cave in southwest Virginia.

The Earth-shattering and record-setting box office haul for “Avengers: Endgame” during its opening weekend 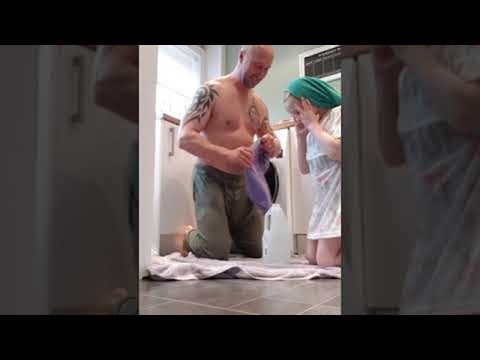 Watch this dad prank his daughter in the sweetest way possible. (Click to view)